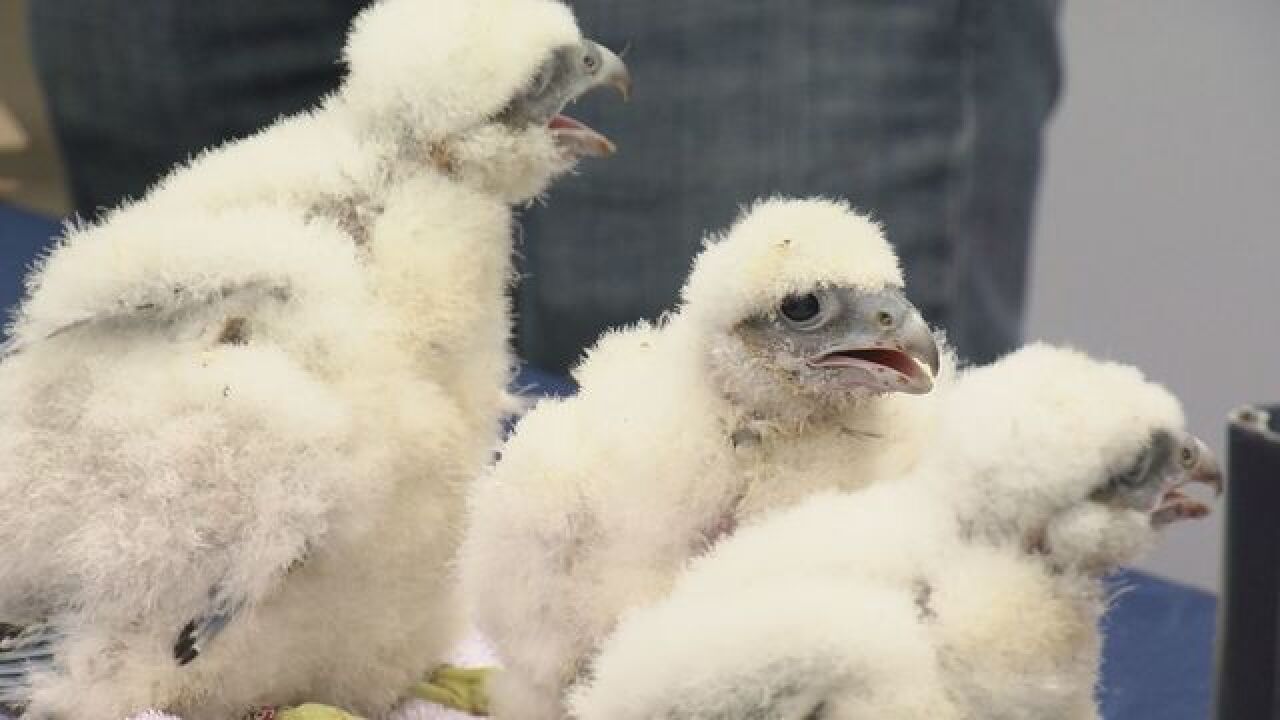 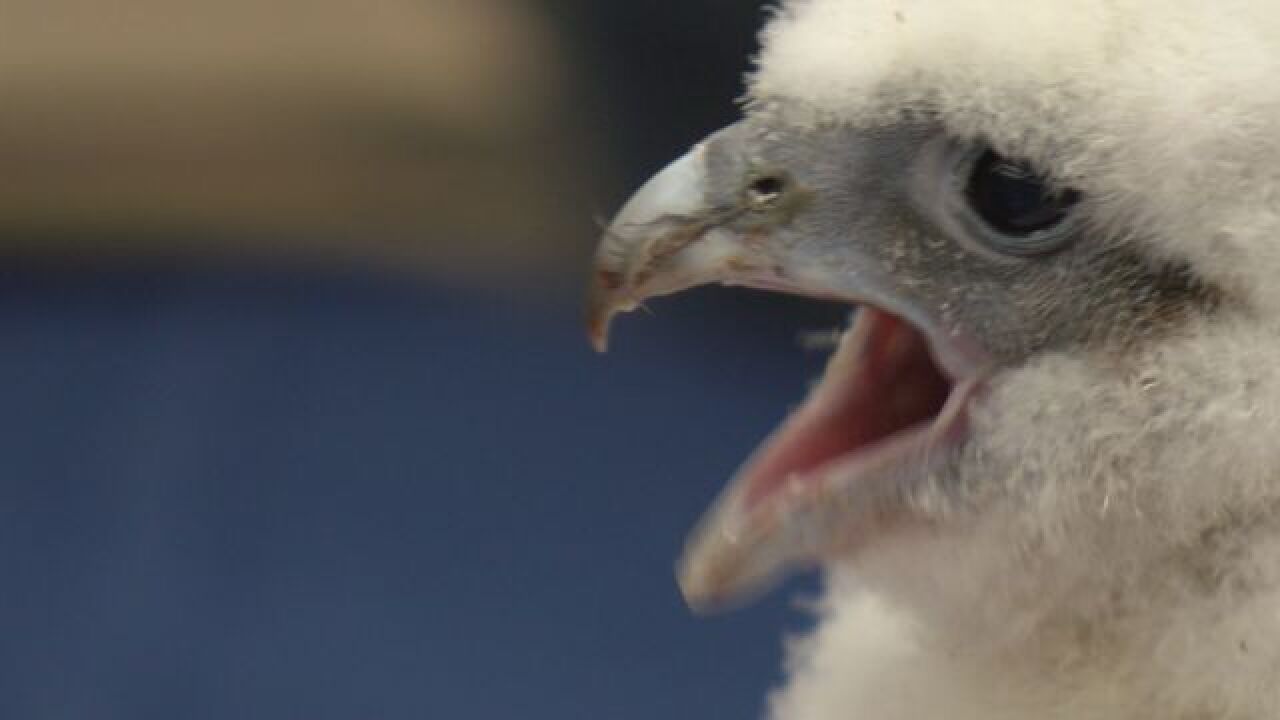 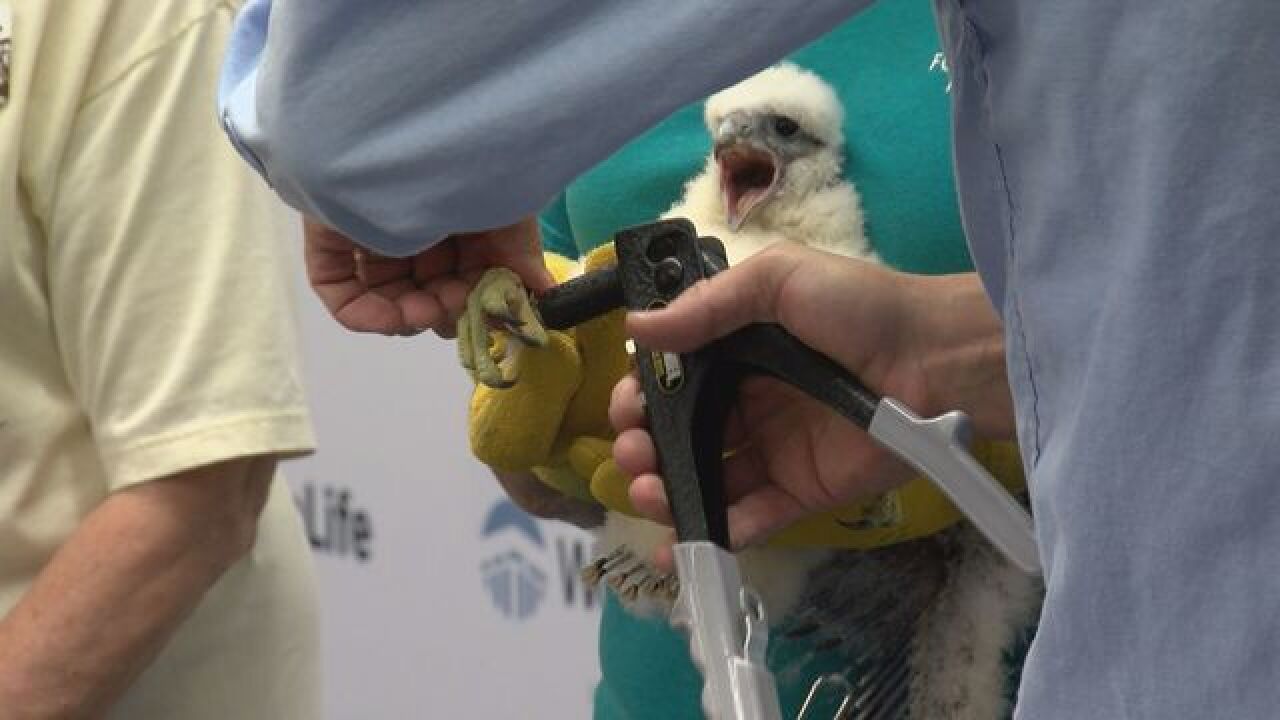 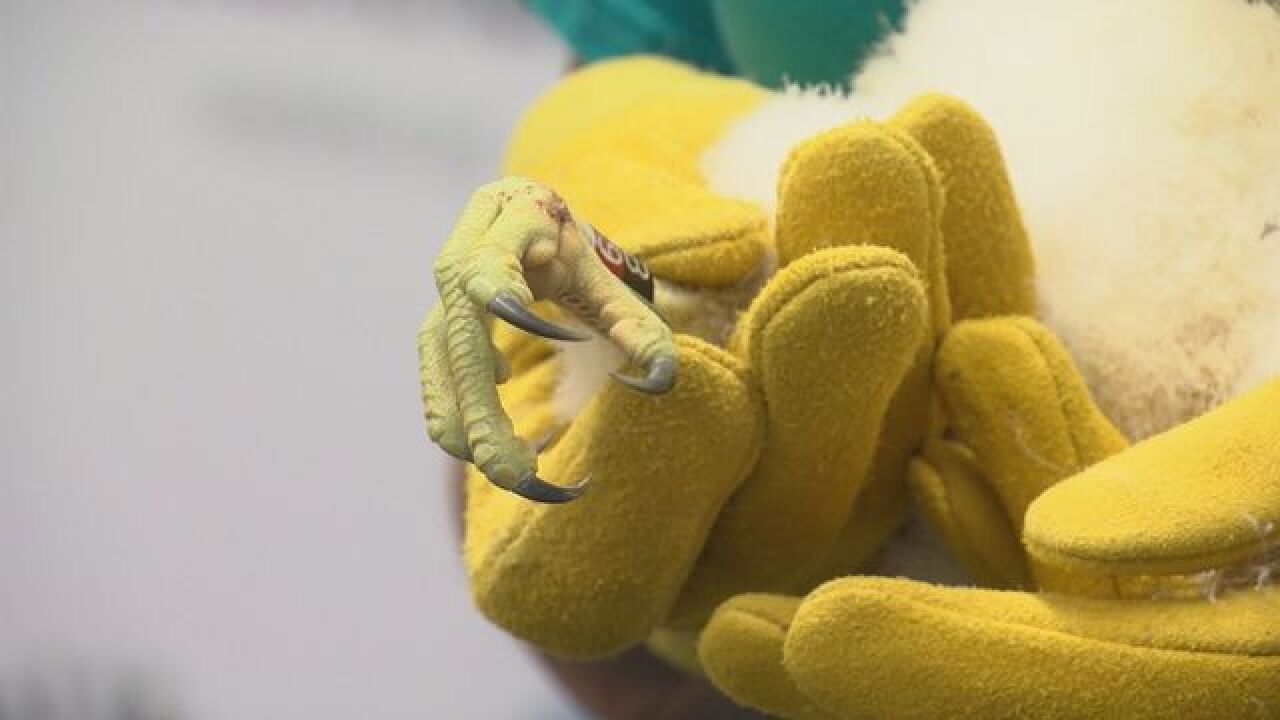 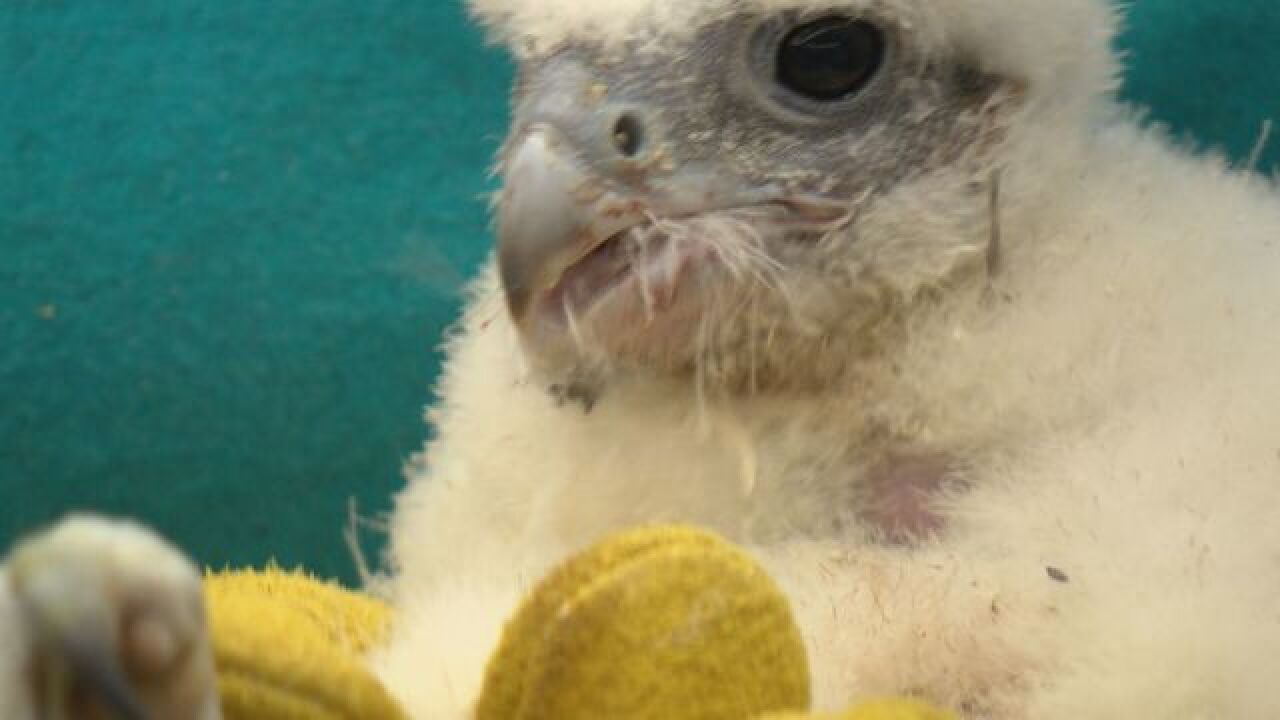 Specialists from Fontenelle Forest Raptor Recover and Nebraska Game and Parks banded three young falcons from the nest on the 20th floor of the WoodmenLife Tower Friday.

Falcons have been nesting on the WoodmenLife Tower for 30 years.  They were originally brought to the tower to help grow the falcon population; now they choose to nest there.

Banding falcons is an important step to better identify the creatures, track their movement, and make sure they are healthy.

They sprayed their wings for bugs and checked the gender of the 20-day-old falcons by their foot size (typically, females are larger.)  They believe all three are females.

"Banding them allows us to track their movements if they survive and travel somewhere else and establish their own nesting site," Joel Jorgensen, Nongame Bird Program Manager said.

Over the next week, the falcons are expected to start moving around the nest and the side of the WoodmenLife Tower.  They think they will be ready to leave the nest in about three weeks.

You can watch them on the WoodmenLife Falcon Cam.