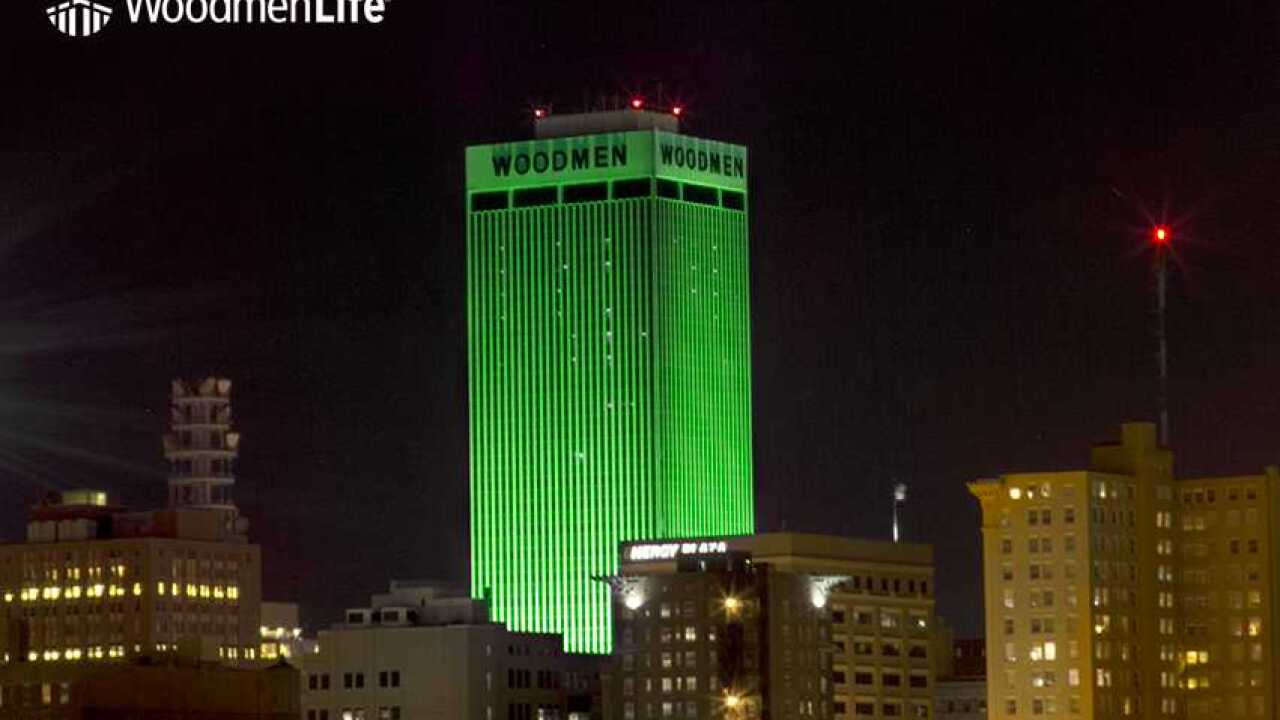 OMAHA, Neb. (KMTV) — If you find your gaze on the WoodmenLife Tower and find it shimmering with an emerald glow, there's a reason.

Morton and his wife moved to Nebraska in the 1850s and shared a mutual love for most things green including trees.

Owning a newspaper, Morton shared his love of agriculture to the masses and suggested a tree-planting holiday.

On April 10, 1872, the first Arbor Day was held. The Arbor Foundation says prizes were offered and that one million trees were planted that first time.

In 1885 Arbor Day was named a legal holiday in Nebraska and went on to become a nationally celebrated event.