A local yard-care company has customers up in arms because they say they're being taken to court for services they never wanted. 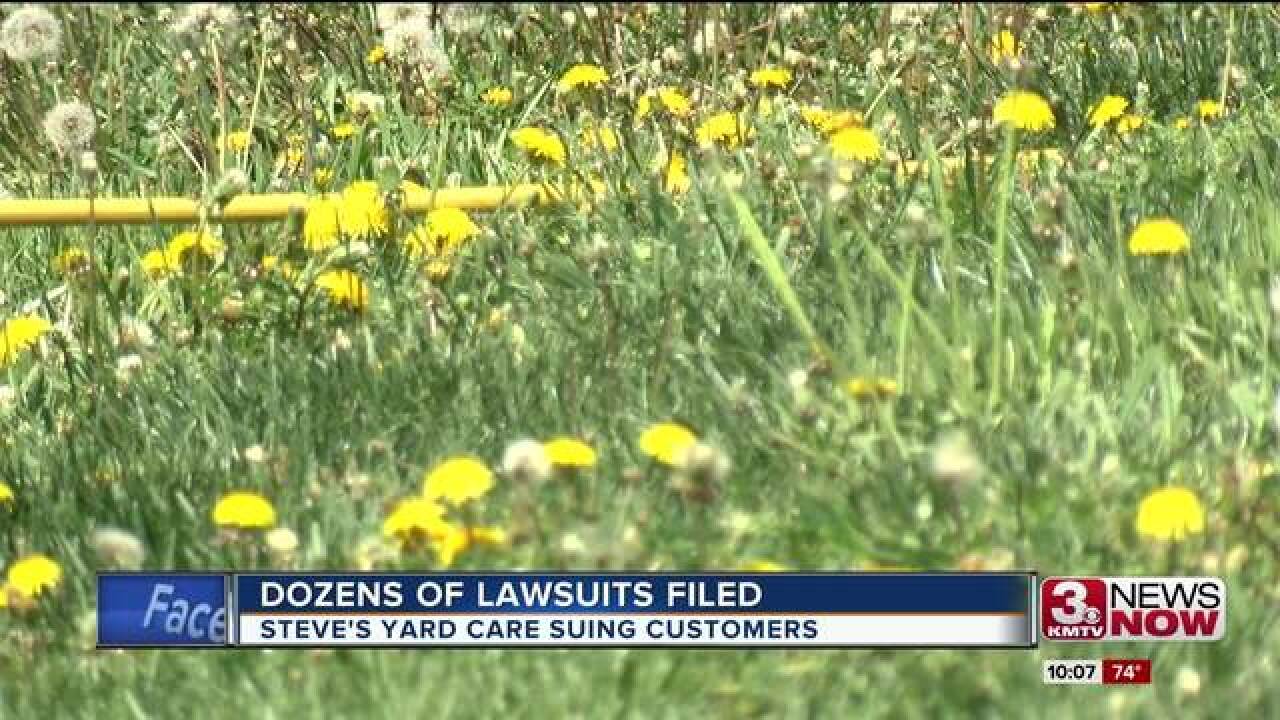 A local yard-care company has customers up in arms because they say they're being taken to court for services they never wanted.

Since Jan. 19, Steve's Yard Care has filed 76 lawsuits against customers for not paying their bills.

Through court documents and talking to defendants, 3 News Now has learned that about 20 of the people being sued had similar experiences with the company. They say they hired Steve to do some work, many paid him initially what they felt was fair, but Steve's would do more yard work after they told him to stop and he continued to bill them.

Phil Berkowitz, who lives in West Omaha, says he paid for the work he asked for but Steve's kept showing up and now he's being sued for $3,000.

"I called him back and said no I don't need your services thanks for calling but i don't want it. So I get home from work there's a bill on my door. I called him back and I said I'm not going to be paying for this because I asked you not to do it, next month same thing calls and leaves a message on my phone says that he's going to come over and treat my lawn," Berkowitz explained.

Karla Blackwood says she hired Steve's for weed applications at her Turtle Creek home in 2016. Again, she paid him what she felt was fair but says the service kept coming back to do things she didn't ask for when she told them not to.

"I felt betrayed because I hired him in good faith with, I thought, an understanding of a limited amount of treatments. And he wants another $750 from me for services that were not rendered correctly or not rendered at all," Blackwood described.

About 20 of the defendants had similar stories; they signed no contracts, and many times asked him to stop.

The Better Business Bureau says Steve's Yard Care has a B+ rating, but they are now monitoring the company because they detected a pattern of complaints since customers are having trouble canceling services.

"Steve's has been responsive with BBB they haven't ignored the complaints that we've brought to their attention they respond to the complaints and they also indicated that they are working on processes that will make it easier i think for people to cancel the services," said Jim Hegarty, President of the BBB of Nebraska, SW Iowa, South Dakota, and Kansas Plains.

Steve's is suing more people this year than they did for the last seven years combined.