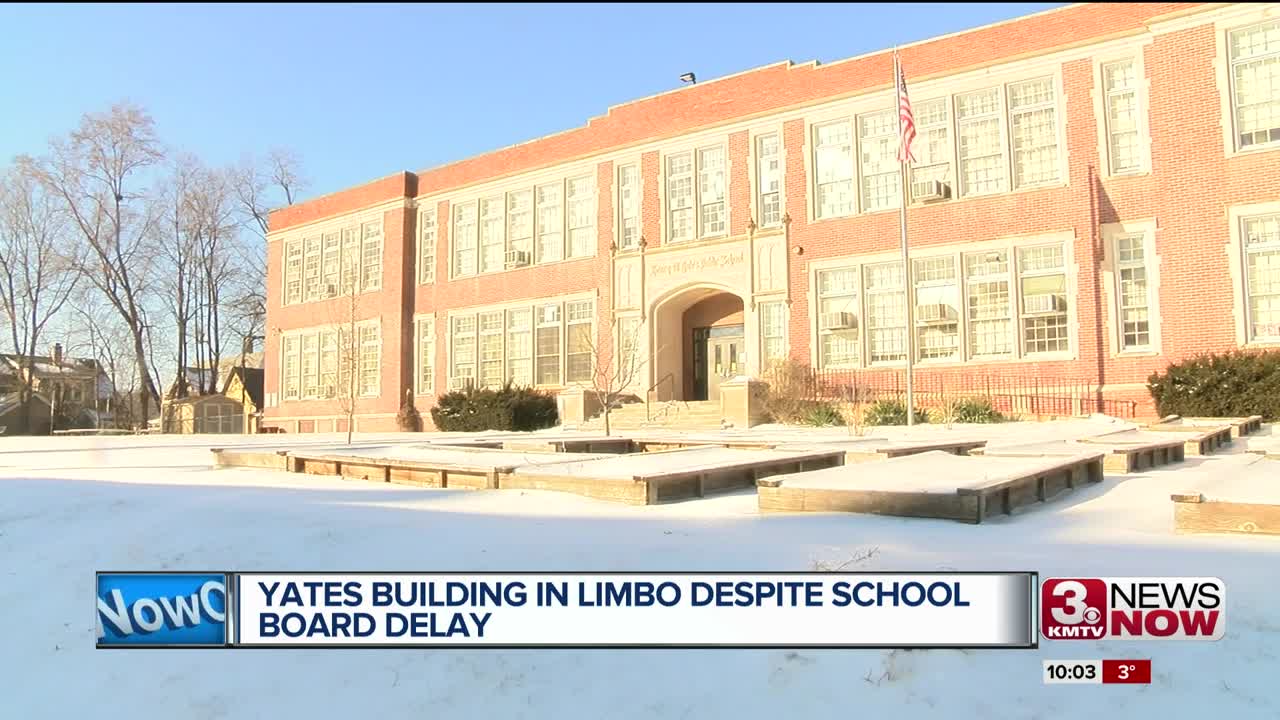 The Yates school building has been a Gifford Park staple for over a century, but it could be sold to developers if neighborhood activists can't find a solution.

OMAHA, Neb (KMTV) — It's been around since 1917 and husband and wife Marie Helen Andre and Adrian Petrescu want the Yates building to stick around another hundred years.

"To us it is a center that is attractive for folks that need to learn to be an American and do it fast,” says Petrescu.

The old school building has been used by Omaha Public Schools to teach adult education, teaching immigrants vital language skills, so they can go on and help their own kids with life in America.

The building is also a community center, open to all, used for a variety of efforts, including mentor ship programs.

But much of this is now in limbo. OPS announced in the fall their programs are moving locations, and they may sell the building to developers. The dozens of activists got a win this month, when the OPS board delayed a vote, saying they'll make a decision sometime in the late spring, early summer.

"The board realizes that we need time. We really want to organize ourselves and get something in partnership with OPS,” says Andre.

The building was threatened a few years ago and eventually ops said they'd keep the building. Those that want Yates saved would love for OPS to do that again, but they're also thinking long-term, and that means buying the building from OPS themselves and keep its mission to educate and be a public hub for Omaha's diverse community.

"We have to find some partnerships, maybe with local organizations who want to rent some space, artists to use. We've been brainstorming about many ideas,” says Andre.