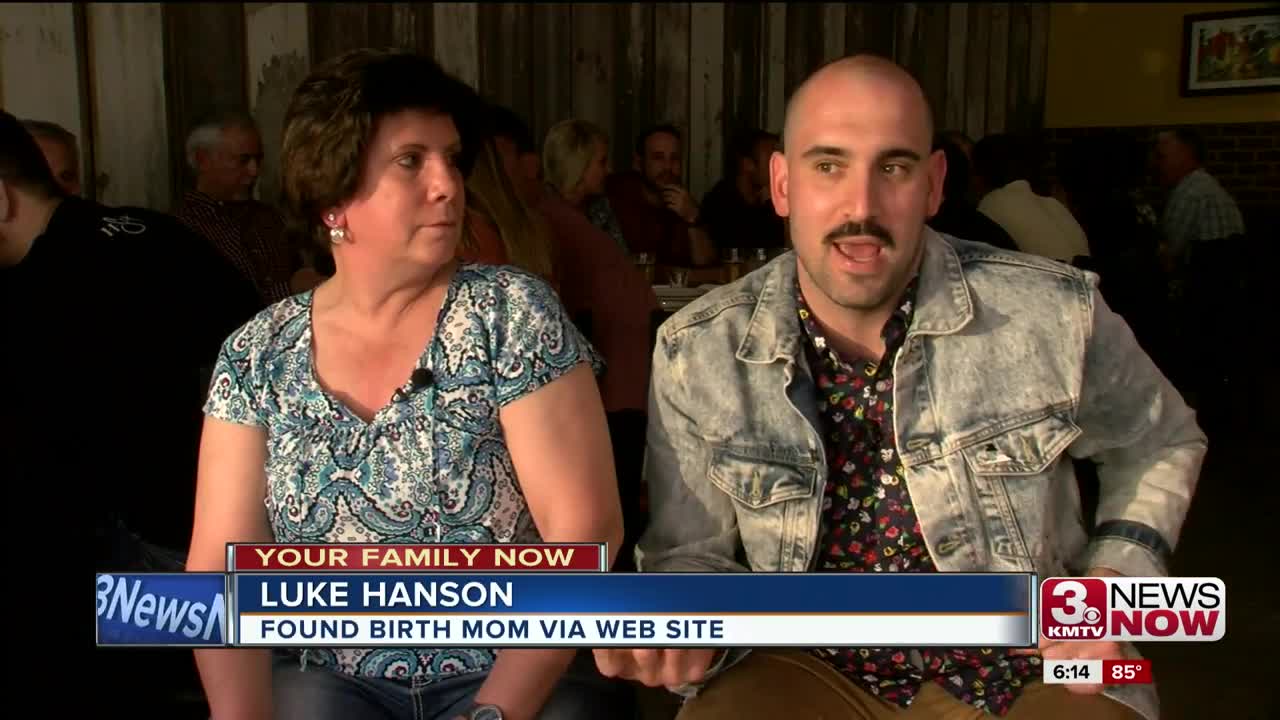 OMAHA, Neb. (KMTV) — Web sites and apps that track your ancestry and test your DNA have become incredibly popular. It recently connected an Omaha woman with the son she put up for adoption 33 years ago.

After filling out information on 23andMe. He received a notification, "we've potentially found a match, like a first cousin."

Hanson sent a message to Marisa Polansky. She told us it said, "'I'm looking for my birth family. I don't know anything about them, but it says that we're first cousins.' And I saw his picture and he looked just like everybody, and I thought, oh definitely."

Polansky asked around and learned her Aunt Kathy Meloccaro became pregnant at the age of 19 and put the baby up for adoption. Meloccaro said it was the right decision for both of them. Decades later, she was eager to meet him.

Hanson and Meloccaro quickly arranged a reunion weekend in Omaha. Meloccaro fought back tears as she explained the emotions she felt seeing Hanson after 33 years, "overwhelmed, excited. I feel relief."

She said she always wondered what he looked like, what he sounded like, and it was touching to be able to connect with him so many years later. Meloccaro's mom, her three other children, siblings, nieces and nephews all took part in welcoming Hanson and his wife to Omaha.