You're not home but your building is on fire. Do they have to tell you? 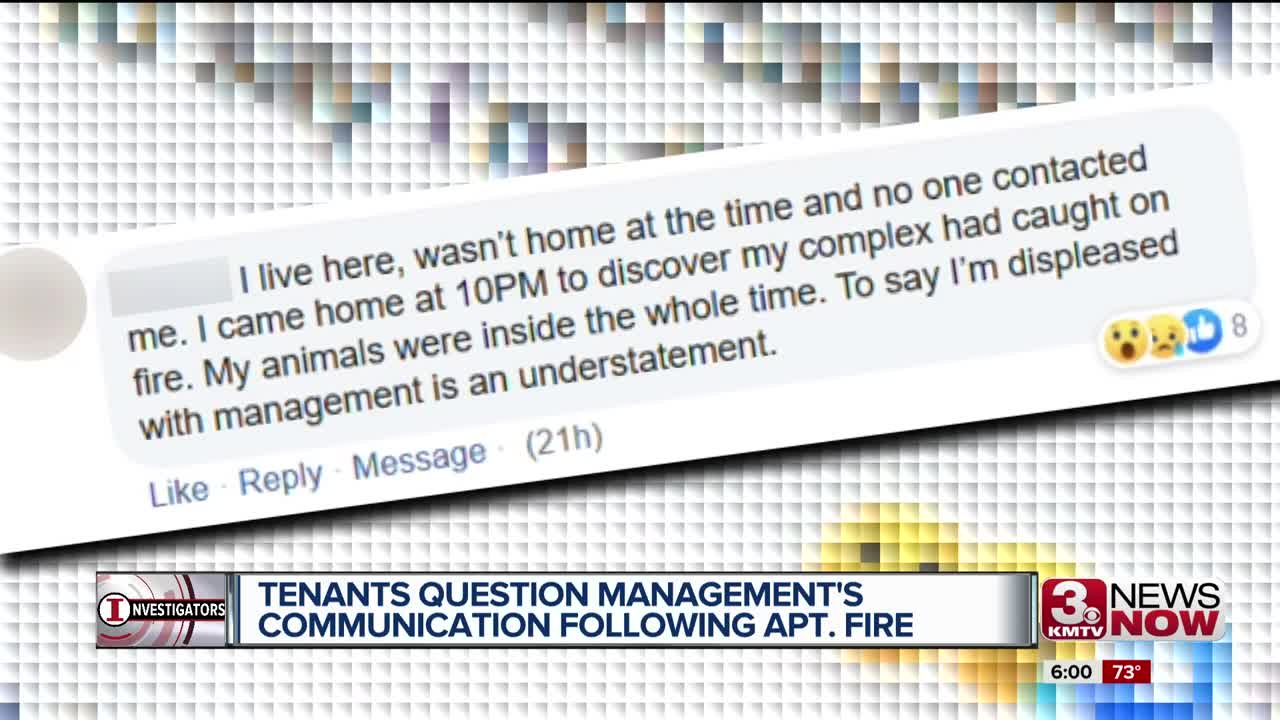 Some said management should have notified tenants that weren't home

OMAHA, Neb. (KMTV) — When you get back to your apartment building, discovering there had been a fire is hard to imagine for most.

A resident said that's what happened to her when she arrived home nearly five hours after the fire at Pacific West Apartments Saturday evening.

"My animals were inside the whole time," she said on Facebook after the fire there near 144th and Pacific Streets. "To say I'm displeased with management is an understatement."

A representative from The Lund Company, which owns the property, said an email was sent to residents a few hours after the fire was under control. They said they also spent the evening calling residents, and they're looking into adding a text alert.

There's no law that says you must notify residents of an emergency at their apartment if they're away, said Joe Garcia of Family Housing Advisory Services. The safety of those there comes first.

A cigarette was the cause of the third floor fire, Lund management said.

There were no injuries reported. The resident's pets were unharmed.