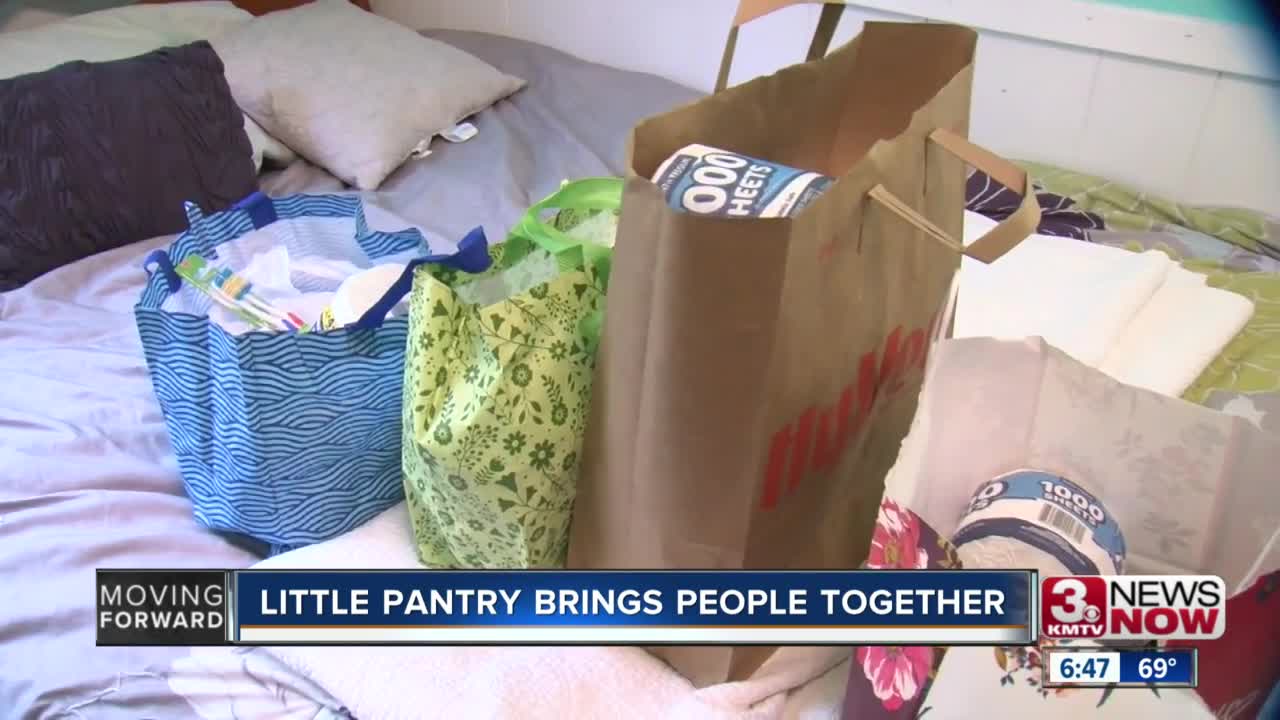 OMAHA, Neb. (KMTV) - When Beth Riley’s birthday was approaching last month, all she asked for was a food pantry to put outside her house.

She loved the idea of helping her community. Friends of hers in other parts of the country had implemented the same Little Free Pantry, which provides free food, toiletries, and other things you may find at a local pantry. The concept is, “take what you need, leave what you can.”

On August 12th, Riley woke up on her birthday to see her friend and her neighbor had worked together to build her a Little Food Pantry.

“I was very surprised. I had wanted one for years so it was quite the birthday gift,” said Riley.

Her friends did the building and let her paint the “Free Pantry” sign on the front.

Although Riley loved her present, the real gift for Beth has been seeing it bring people together, all while helping families in need.

“I’ve been able to see that a bunch of my neighbors and friends have really come together to support this cause and it’s just been a really awesome way to know so many people in our neighborhood,” added Riley.

It’s located in front of her house, near 55th and Mayberry Streets, which is across from Washington Elementary School.

“We live across the street from a school, and I know that there are a lot of kids that are vulnerable and don’t have everything that they need,” Riley told 3 News Now. “Often times we were providing food for some kids that live down the street a couple nights a week and a lot of times kids were running around without shoes on their feet, or socks on their feet and then I really worried when COVID hit because I was wondering who’s feeding these kids now or where are they getting the food that they need.”

Especially with COVID-19, the need for basic items is higher. Over the last couple of weeks, Riley has given out nearly 70 toothbrushes, over 30 rolls of toilet paper, and dozens cans of food.

Riley also put a notebook inside the pantry so people could write down items they may need. However, people have been using it to leave sweet thank you notes.

Riley says that is emotional for her, as she was unemployed several years ago and would have benefited from a local pantry.

“I went through a really difficult time in my life when I was unemployed about 5 years ago, and so even sharing that story with some people that I know, and how my own son is 15 and he has said, 'Mom, if we would’ve had a resource like this in our life several years ago, this would’ve really helped us,'” says Riley.

There are currently about 20 other Little Free Pantries in the Omaha metro. Riley says having a pantry so close to home, can make it convenient for people who don’t have transportation to get to larger pantries, or are too timid to ask for help from neighbors.

Riley and her 15-year-old son, who helps her with the pantry, have seen such a positive response from people donating and families needing items, that the family has now dedicated a room in their home to store donations. They’re filling the pantry three to four times a day with those products.”

Despite the pandemic, Riley says there’s still a lot of hope to be found in 2020. She hopes they find it inside her pantry.

“I think most people are only one paycheck, one job loss, one medical emergency away from needing a resource like this, and so I don't think anybody's immune to that, and so I think the more that we can just learn to help one another, as a community and as neighbors, that's what we need more of, particularly in 2020."