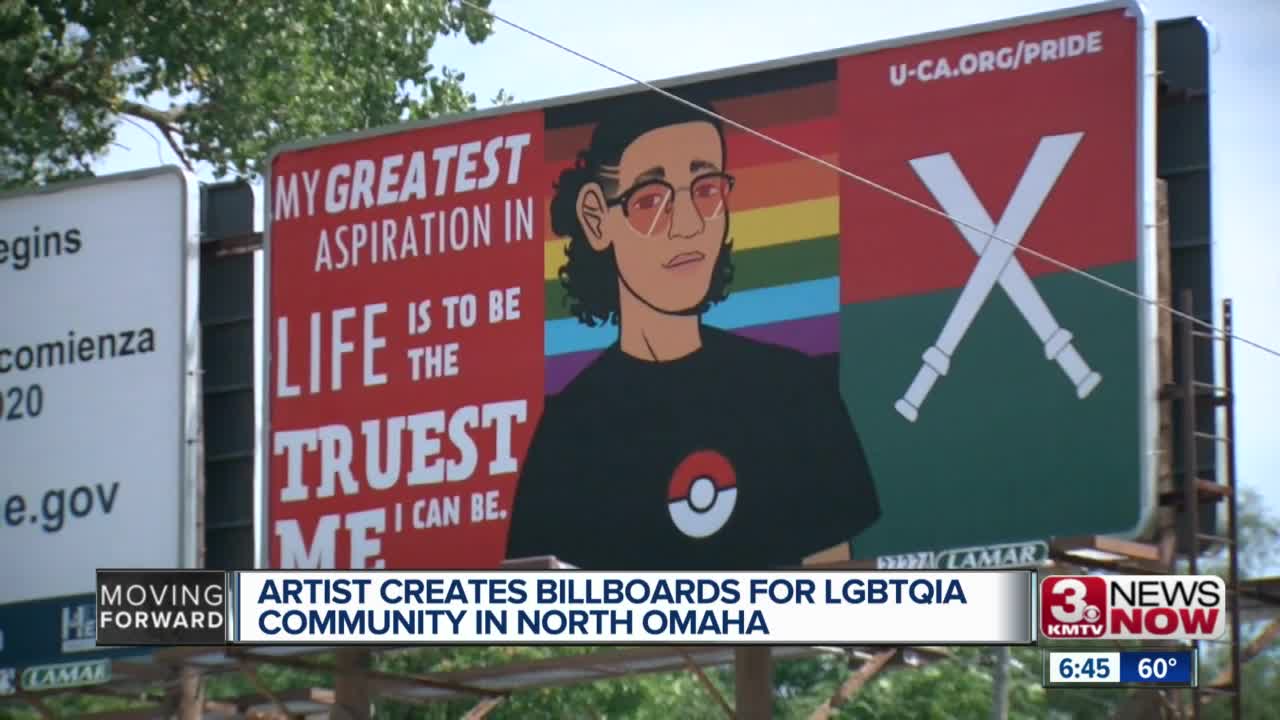 OMAHA, Neb. (KMTV) - A billboard series in North Omaha is catching the eye of those passing by while helping others move forward.

The five billboards are part of a series called “We Thrive in Middle Spaces.” The series is meant to celebrate the lives of LGBTQIA (Lesbian, Gay, Bisexual, Transgender, Queer, Intersex, and Asexual) people from Omaha - more specifically, people of color. Individuals or couples are also featured on billboards, along with a positive quotation or message.

The billboards can be seen at North 30th and Spaulding, 24th and Grant St., 39th and Ames Ave., 30th and Miami St., and Northwest Radial Highway and Charles St.

“I hope that this gives somebody - gives people a feeling of connectedness and positivity,” said Conyers.

The project was made as part of The Union for Contemporary Art’s 2020 Pride celebrations. The Equality Fund and the Omaha Community Foundation helped fund the billboards and worked with the billboard company, Lamar, to choose which billboards would be used to post the artwork.

Conyers said the goal of the series was to not only bring awareness, but also highlight that individuals can have multiple identities and should be recognized in all spaces.

“Oftentimes, people of color, especially LGBTQ people of color, are often separated or picked apart. We’re not allowed to be our multifaceted selves,” says Conyers. “Our sexual identities are not recognized in many spaces. So in that sense, I wanted to seek to represent our sexual identities because that’s what makes us whole, and that humanizes us. That’s who we are and that’s the very root of ourselves. That’s who we are and that’s what I wanted to represent in this project.”

She adds that in order for all identities to eventually be celebrated, they first need to be recognized.

“I hope that this helps people who are questioning their identity and maybe questioning their existence here. It's very easy to feel alone, especially during a pandemic. We're all at home separated anyway. I hope that this helps people in the community feel more united and helps the Black community here in Omaha, Nebraska feel more represented, more seen."