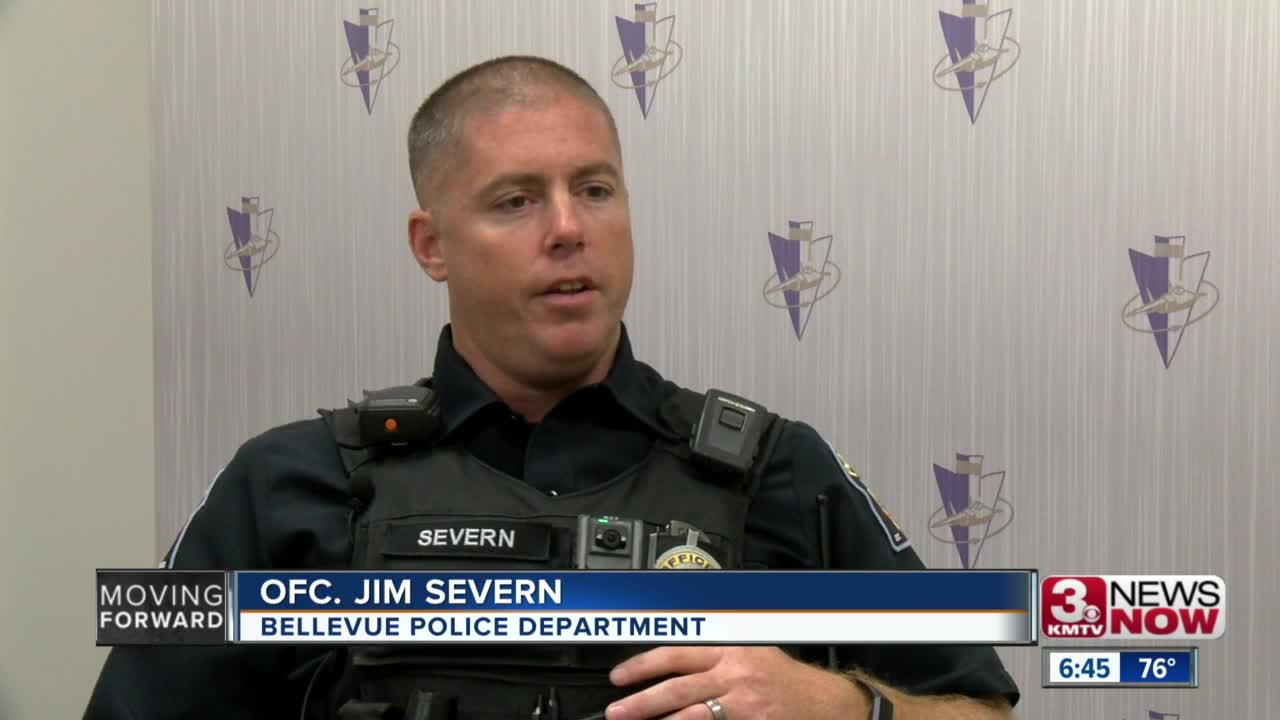 BELLEVUE, Neb. (KMTV) - A Bellevue Police officer used his own money to buy a mother in need car seats for her children during a traffic stop.

Officer Jim Severn, who has been in law enforcement for 16 years, pulled over a woman and her three children for a broken tail light near 36th and Cornhusker a few weeks ago.

Severn was training another officer at the time, who initiated the conversation with the driver. He noticed there were no car seats for the kids in the back seat.

“We approached the vehicle, we noticed there were three small children in the back seat. None of them were secure in the back seat. So after the other officer got done talking initially to the driver about the reason he had stopped her, I mentioned there were no car seats in the back and I asked her if she was able to get the car seats,” said Severn. “She was hesitant to answer my question, and then after speaking with her for a couple minutes, I said don't let your pride block you from answering the question. Can you afford car seats for your children back there and she said no."

Severn told the driver he would help her get some new seats.

He went back to the station and contacted his supervisor, who suggested reaching out to a few organizations within the Omaha metro that might give away car seats.

“After looking into it, I just felt like the quicker option was for me to just go buy the car seats for her,” said Severn.

Severn spoke to his wife about getting the seats, and she also got involved in securing the seats for the family.

A few days later, the two officers delivered the brand new booster seats for the kids.

“She was very happy to see us. She was very gracious and everything. I don't know if she didn't know if we were actually going to follow through with it with the car seats but the kids were running around playing around the house and everything,” added Severn. “It felt good. I try and help out as much as I can. That's one of the best parts about my job is to help somebody who legitimately needs the help. I've been in situations where I couldn't afford something and people have helped me out and so it's just kind of paying it forward.”

He says that even though he doesn’t need recognition for his actions, he does want people to know, those small acts of kindness are echoed throughout his department.

“Almost on a daily basis, officers around the country are doing something like that. We don't want the recognition. Like I told my sergeant when all of this was starting to happen, I said, I don't want the recognition - I don't want it, but he was insistent, so yeah, we don't need that. We want to help out people. We don't need a pat on the back constantly because we want to help the community because that's what we're part of - we're part of the community.”