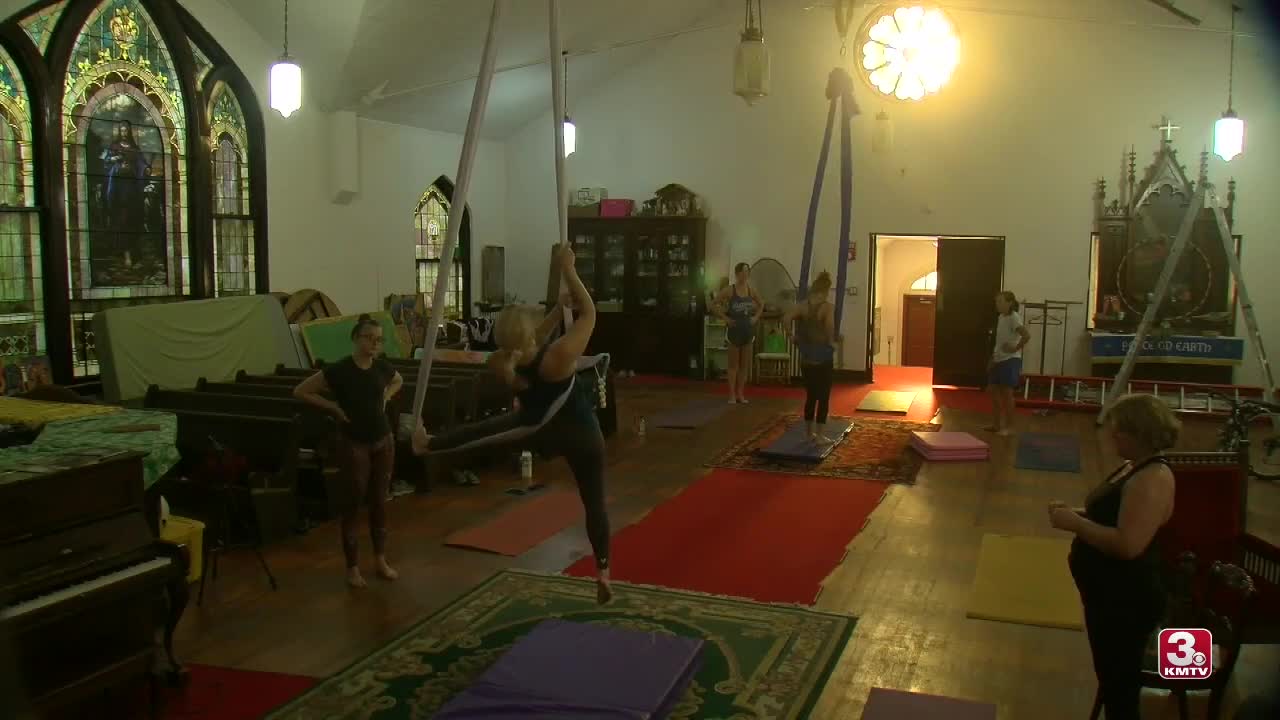 OMAHA, Neb. (KMTV) — Cross Lutheran Church sits on the corner of 20th and Spring Streets. From the outside and even parts of the inside, the 100-year-old building still looks like a church.

The church has now been decommissioned to become a hub for artists - a place where artists can create, work, and even live. The organization is called Reformed Studio and Assembly Space.

Founder and owner of the building, Rachel Ziegler describes it as “an artist-run exhibition and performance space.”

Ziegler, who’s a mosaic and collage artist, purchased the building a few years ago. She wanted to offer cheap space for artists to be able to practice their craft and open it up to the community by offering art, music, theater, and meditation events.

“I've always considered myself a part of the art community and grew up in the church and when I was offered the opportunity to purchase this, it was the first thing that I saw,” said Ziegler.

Before the COVID-19 outbreak, the space was used for dance and art events.

In April, Ziegler opened the doors for artists to live there, since many were struggling without being able to profit off their work in public spaces due to the pandemic.

“Before COVID, we were told that artist space was in great need in this particular neighborhood. It was hard to find affordable artist space. And now that COVID has taken over, we’ve had a lot more people come and ask about more small shows,” added Ziegler.

Organizations like Omingbird Aerial Arts are taking advantage of the space and practice there.

Ziegler, along with three other artists live there - two sound production artists, a painter, and a culinary artist. They share common spaces and live there for low-cost.

“We were kind of just going off of word of mouth with people that we knew already from the art community because it's sort of the beginning. We're going to do a more formal application process in the near future, probably - we could be ready as soon as this winter, but more likely, we'll have at least another two studios by next spring,” said Ziegler.

She hopes the space will become more active in the community, and be able to collaborate with other organizations to host events, host meetings, and put on musical and artistic workshops.