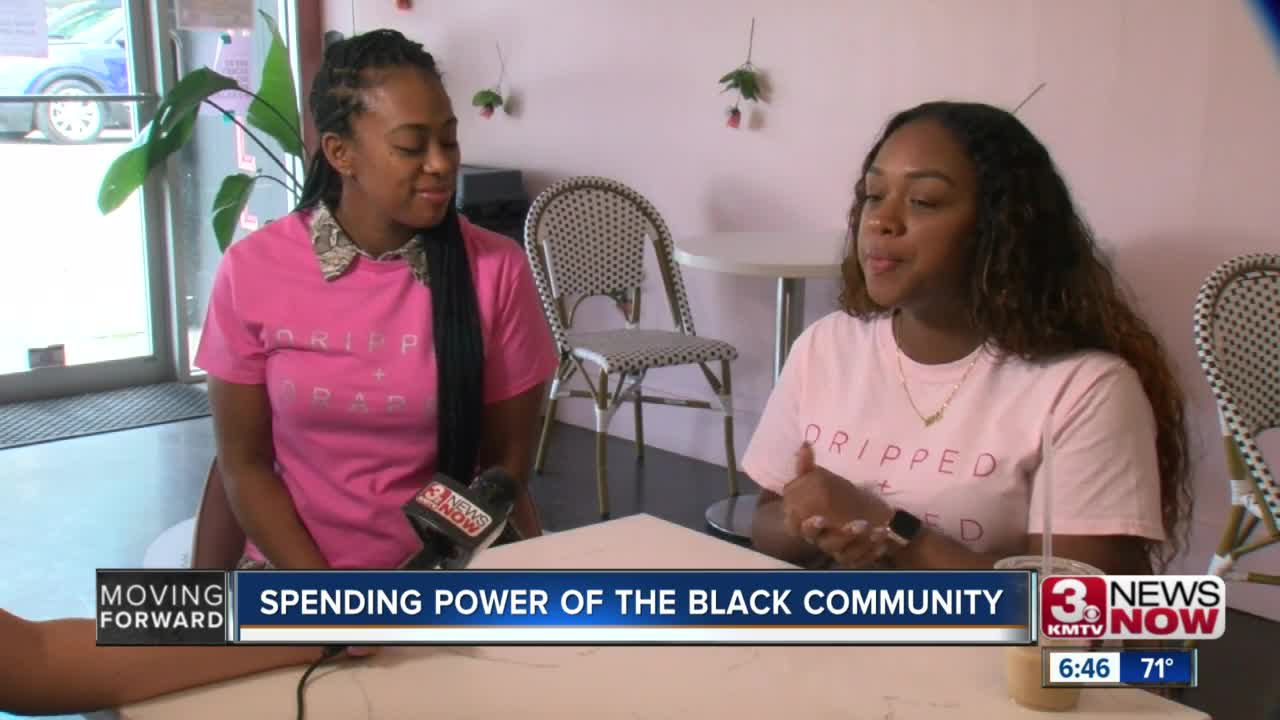 OMAHA, Neb. (KMTV) — Dripped and Draped in Benson is a business where owners Vanelle Littrell and Vandra Caldwell want customers to feel empowered.

At their coffee shop, you can find coffee drinks, clothes that are hand-picked by the duo and popular decor which is made for fun selfies and social media posts.

The owners, who are sisters, opened the business right before COVID-19 restrictions were implemented in March.

“We opened on March 15, and the State of Emergency was called on the 14th, so opening day was very, very slow, hardly anybody came,” said Littrell.

Caldwell added, “We didn’t foresee any of this happening. We’re a brand new business so you’re in debt when you are first starting out a company. So from the financial piece, it’s like, 'How the heck are we going to make this work?'”

Ultimately the sisters decided to close shop for a few weeks.

After they reopened, business picked up for them significantly after Blackout Tuesday in June, in which activists urged people to support Black-owned businesses in order to show the spending power of the Black community.

“Everybody was gung-ho to support Black businesses and low and behold here we are, a Black-owned business, two women, which is not necessarily expected,” says Caldwell.

The sisters say that movement helped highlight the need for economic and financial equality, or as Littrell says, the power of the Black dollar.

“The Black dollar is important," says Littrell. "The Black dollar is valuable, and it’s important where we spend our money. And I just think it’s a beautiful thing to see people spend their money with Black-owned businesses because we do matter, Black lives do matter, and even people who spend their money in certain areas. I mean, you could really be helping a company do a lot of great things."

Caldwell and Littrell are no strangers to entrepreneurship. The sisters each own other businesses and together, they own five businesses in town.

“I just feel so blessed when I wake up, because not only was I able to bring this to the community, but I’m alongside my sister who is a powerful, Black woman in the community too,” says Caldwell. “I look up to her, and she’s been a mentor for me for years, even with me opening up my first business. So the feedback we’ve gotten from the community has just been amazing.”

Once Dripped and Draped becomes more established and financially stable, the owners want to do more to financially support other nonprofits or causes in the community. In the meantime, they encourage people to reach out if they need support of any kind. Littrell says because for them, their own success includes helping others, especially those in the Black community, move forward.

“It’s really inspiring to show people that I can be a Black woman, I can have children, I can be a wife and I can also own my own company," says Littrell. "It’s very empowering. I can have this freedom that I want, I don’t have to work a 9-5, I can work these hours that I want."

“I think that’s very empowering for women and for our Black community to see that, not only can all these other people do it that we see online, but our color, our skin color, there’s Black greatness, Black excellence," Littrell says.