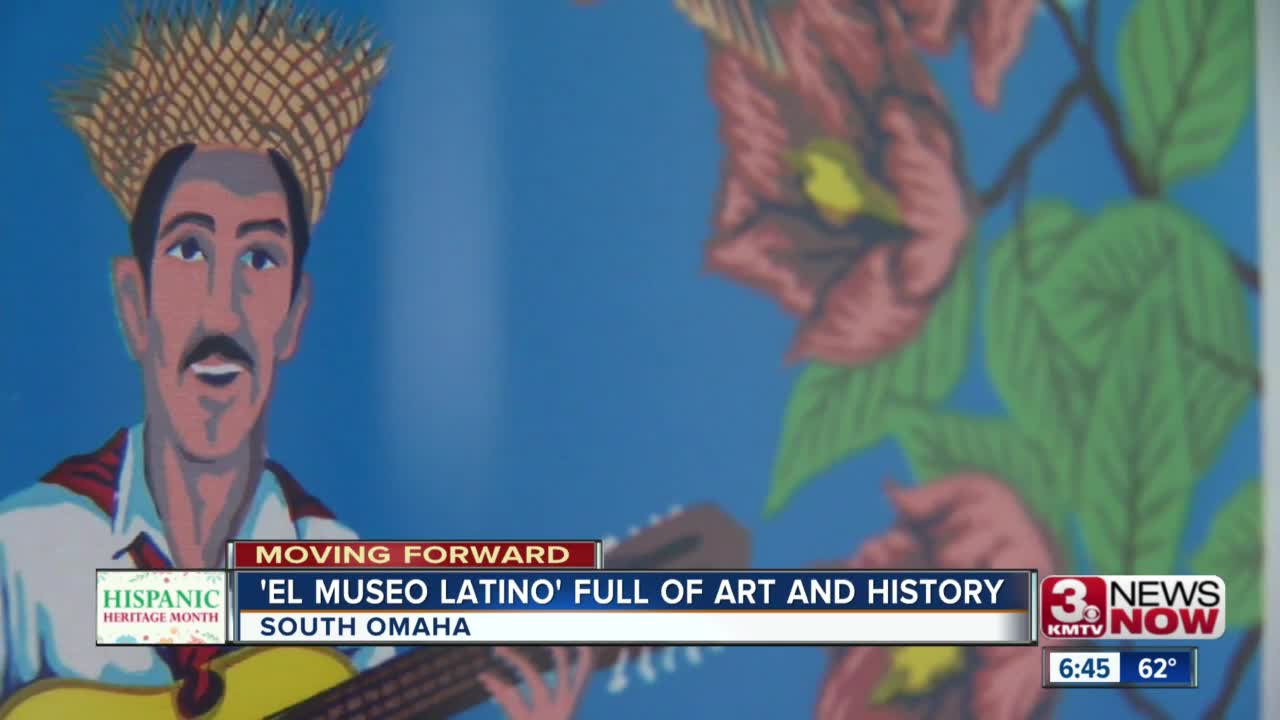 Omaha is a city full of history and landmarks. In South Omaha, history was made in the 1990s when El Museo Latino was opened.

It opened on May 5th, 1993 - also known as Cinco de Mayo. It originally opened at the Livestock Exchange building, but was later moved to its current location near 24th and L Streets. It was the first Latino art and history museum in Nebraska and in the Midwest.

Magadalena Garcia, a Mexico City native was the founder and now executive director of the museum. Her vision of opening the museum started when she realized the lack of latino museums in the country.

Garcia, who used to work in the corporate sector, found out during graduate school that in 1993, there were only four Latino museums in the U.S. They were located in Chicago, San Francisco, Austin, and New York City. So she switched careers and opened up the fifth one in Omaha, Nebraska.

“In ‘93, it was the year that Nebraska was actually mandating multiculturalism in the curriculum in Omaha. So there were multiple things happening, mostly because of the growth of the Latino population all over the place,” said Garcia. “Obviously the numbers in Nebraska don’t compare with California and Texas, but it had been growing. And so I thought - why not Omaha?”

The museum includes local, national, and international arts - celebrating Latino culture, something from every Latin-American country. The art on display includes photography, prints, paintings, and sculptures.

“Our mission is to focus on the art, history, culture, celebrations, traditions, 365 days a year, not just on Cinco de Mayo or Hispanic Heritage Month,” adds Garcia. “The Latino culture can be enjoyed any day of the year.”

After closing the museum from March 13 to August 7 due to the pandemic, the museum is open again to the public, following social distancing guidelines and have extended exhibitions to make sure the public gets to enjoy them.

Their most recent popular exhibit includes the Dolores Huerta - Revolution in the Fields exhibit, which highlights the life and work of Huerta, a civil rights activist and labor leader for immigrant farm and field works, who’s become one of the most influential Latino leaders in the country.

Huerta is just one of the many draws to the museum, which Garcia says, is full of history and art that anyone can appreciate.

“We open our building and our spaces to everyone. You don’t have to be Latino to come in. And it’s a way to learn about part of our community,” says Garcia. “I think the arts try to make it accessible and welcoming and I don't think anyone has to like everything - that would be impossible. But you can gain an appreciation for the contributions, whether it’s what we contribute to the economy, or simply what’s been created by human hands, it doesn’t matter what color or where they’re from.”