Hispanic artist adds a touch of culture to Omaha murals 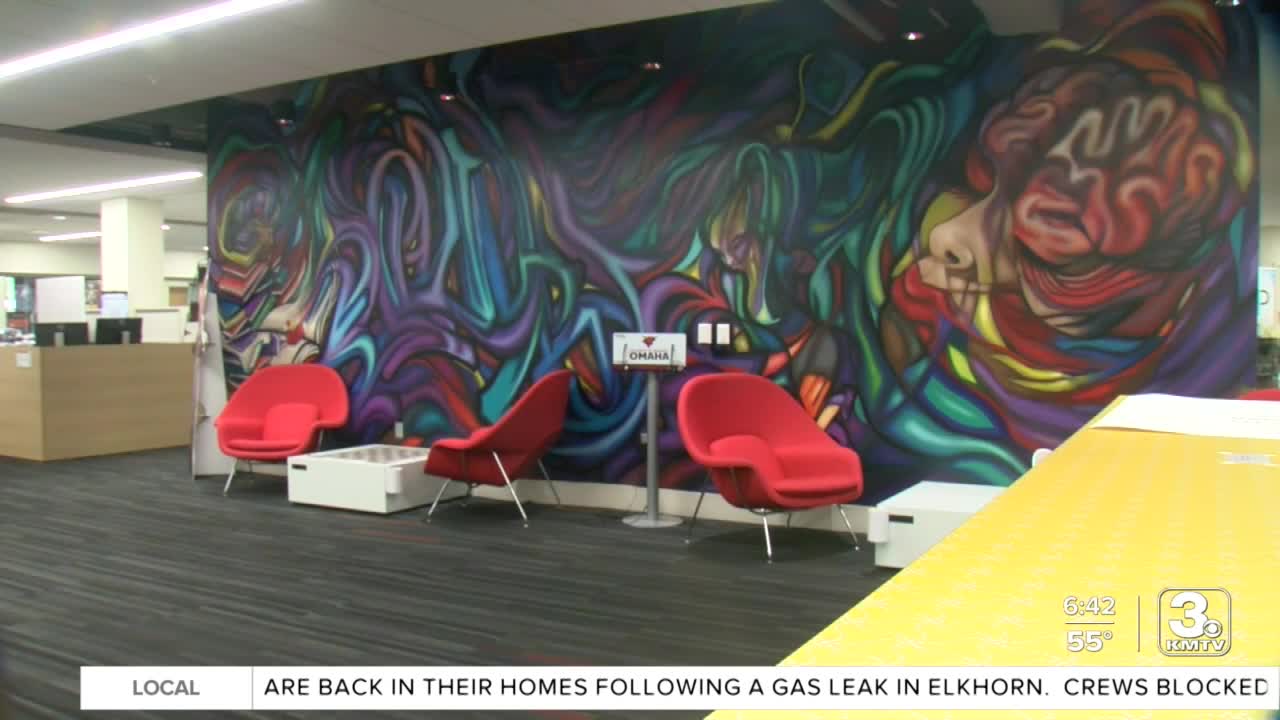 OMAHA, Neb. (KMTV) — You can find one of Hugo Zamorano’s murals in UNO’s student body center, located at the university where he graduated from.

Zamorano is a Mexican-American muralist…a professional artist whose interest in art stemmed from a young age.

“Really just from, drawing, seeing my mom doodle, but I really wanted to be an artist when I was in kindergarten, and my teacher read the “Very Hungry Caterpillar” and that's really, what kind of set it off," he says. "She was talking about the illustrations, who the illustrator is,” said Zamorano.

He's done over 20 murals around the Omaha area, including one by the Keystone Trail near 72nd and Pacific.

He also worked on a Mexican-American community mural located in South Omaha called Del Futuro al Pasado, meaning from the future to the past. Zamorano was the lead artist in that community piece.

Zamorano says there's something creative and powerful in painting on the side of a building.

“I prefer being at the worksite because I feel like just being on-site, having the pressure of time, maybe the elements, and then people, it changes - there's a different result because you have everything else compiling while you're painting,” Zamorano says.

He tries to add a little bit of his own personal touch or culture to each piece.

“Usually I’ll find family members to pose for me or that represent them or friends. So in the Mexican Community mural, I have one of my little cousins, my uncle, my friend that was deported, and on top of that, the people that were important in the history and being able to meet some of them as well,” Zamorano says.

As for his favorite mural inside UNO… he says not only was it a challenging piece, but it shows him he's on his right path.

“I’ve been wanting to do murals since I saw them when I lived in California and just being able to work back here professionally, right after graduating - it was pretty cool,” Zamorano says.