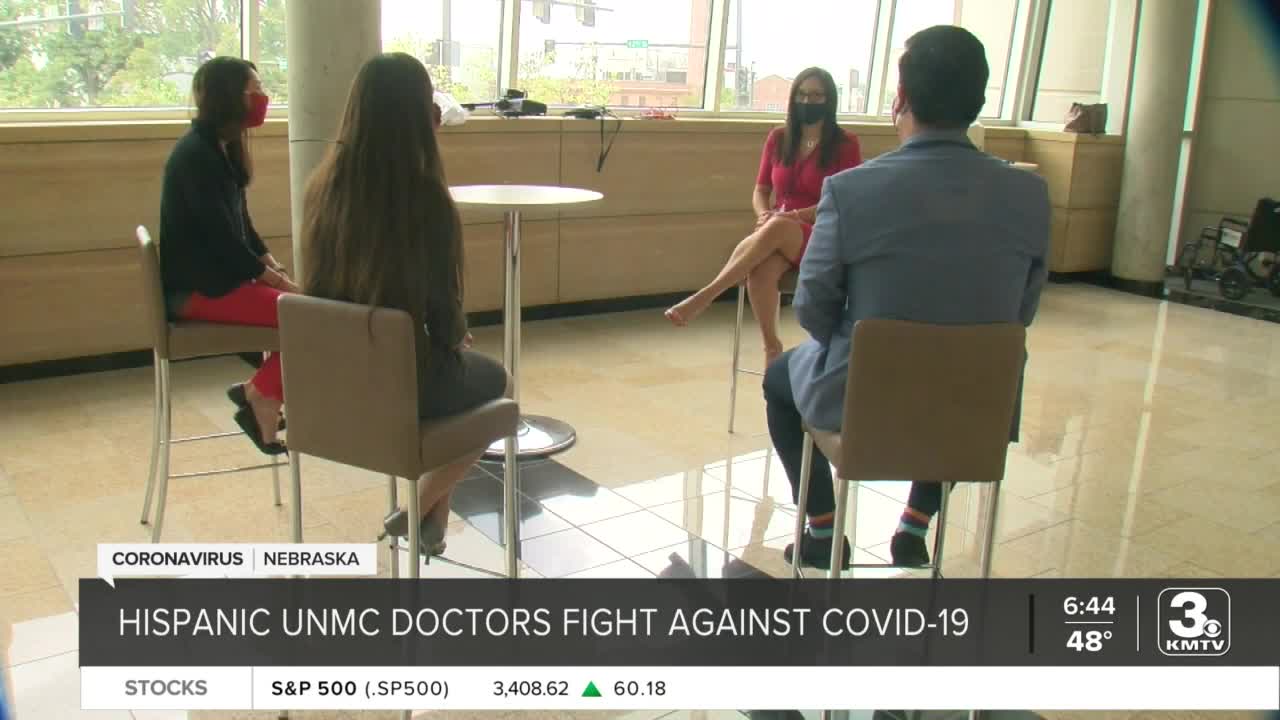 They’re all Hispanic...but with different backgrounds.

“My father was from Puerto Rico and my mother is from Germany and so I’m a German-Rican, born and raised in Nebraska,” said Dr. Ramos.

“I was born in Mexico. My dad is Mexican and my mom is from the New York area,” said Dr. Hurtado Bares.

They all have different roles.

Dr. Hurtado Bares’ specialty is infectious diseases - so she and her team were immediately interested in learning more about the virus.

“We worked initially on really how to prevent, mitigate, the spread and then once it became a pandemic, it was more about prevention, along with exploring treatment options and communicating all these messages to our patients and our community,” said Dr. Hurtado Bares.

As a physician and scientist, Dr. De Alba Rosales focused on being a liaison between UNMC and the public, specifically the Spanish-speaking community.

“So I was able to bridge the healthcare service with the community through different channels like social media, radio stations, tv stations, and the Mexican consulate,” said Dr. De Alba Rosales.

They played a large role in providing information to Hispanics, one of the largest groups impacted by the virus.

“When the pandemic began here, I worked with Senator Tony Vargas to host the first town hall meeting in Spanish to educate the Spanish-speaking community about what was going on and what were the resources that existed here,” said Dr. Ramos.

“UNMC has also led the efforts globally. So for instance, I’ve also had the opportunity to communicate efforts from UNMC with Mexico and Latin American countries,” said Dr. De Alba Rosales.

Dr. Ramos has also been busy studying how the pandemic impacted meatpacking plants and their workers - both locally and across the U.S.

“We actually conducted a study back in May to understand how meat processing plants had responded to the pandemic, what were the types of protections that they’ve implemented in the plants, and what were the types of information and resources that workers needed. As essential workers, these folks had to come to work,” said Dr. Ramos.

All three UNMC doctors say they are proud of the work they are doing to prepare and educate our communities during this public health emergency…and will continue to do so as we enter the next phase of the pandemic.