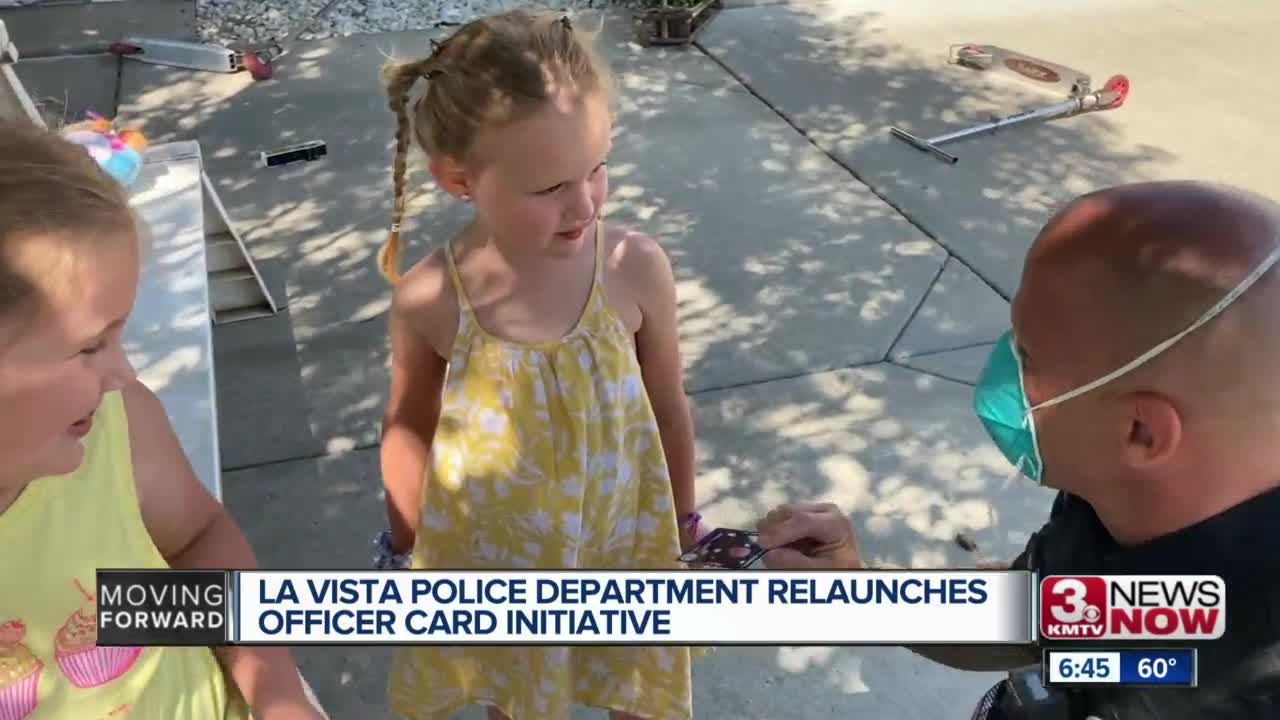 LA VISTA, Neb. (KMTV) — The La Vista Police Department is relaunching a community initiative from the mid-90s and early 2000s in efforts to move forward with community relations. It’s an officer card initiative with the goal for officers to interact more with youth.

“Each officer has their own individual card with their picture and their badge, and then the back has their biographical information about them, and we’ve been using those as a community engagement tool to meet up and break the ice with a lot of the youth that’s here in the city of La Vista,” said Officer Nick Boswell.

Boswell is one of the many officers who actively carries his own card. His card mentions he’s married and has four boys, enjoys fishing, working out, and coaching baseball.

“I think it’s an opportunity for us when we’re engaging with the kids in the community to kind of humanize the badge," Boswell says. "We get so much negativity sometimes that’s out there, and they get to know that we’re just the guy that’s grilling in our driveway down the street, or coaching baseball or living next door to you. And so being able to learn a little bit about us is pretty neat, and then they get to know us on a first name basis, which is awesome."

The department was scheduled to launch the program in the spring while kids were still in school, but with in-person classes canceled due to the pandemic, the officers began issuing the cards to kids in the neighborhood during their patrol shifts.

“We’ve seen a lot of kids flagging us down now as we’re driving through the neighborhood which is really cool,” says Boswell.

Some patrol shifts are now offering an incentive for kids to collect all of the department’s 36 cards.

Boswell says a little boy who lives close to the station has a good collection already. Another boy in the neighborhood created his own card to give back the department, which Boswell keeps in his locker.

The relaunch of the program aligned at a time of high tension between protesters and police departments throughout the country in recent weeks.

“Most people may not have contact with law enforcement, maybe one to three times in their lives, and it may be for like a traffic stop or something, so if you can go out and humanize us, and I think people see a stop and they think that something bad is happening and it’s cool and just hangout with the kids and talk with the adults in the community,” says Boswell.