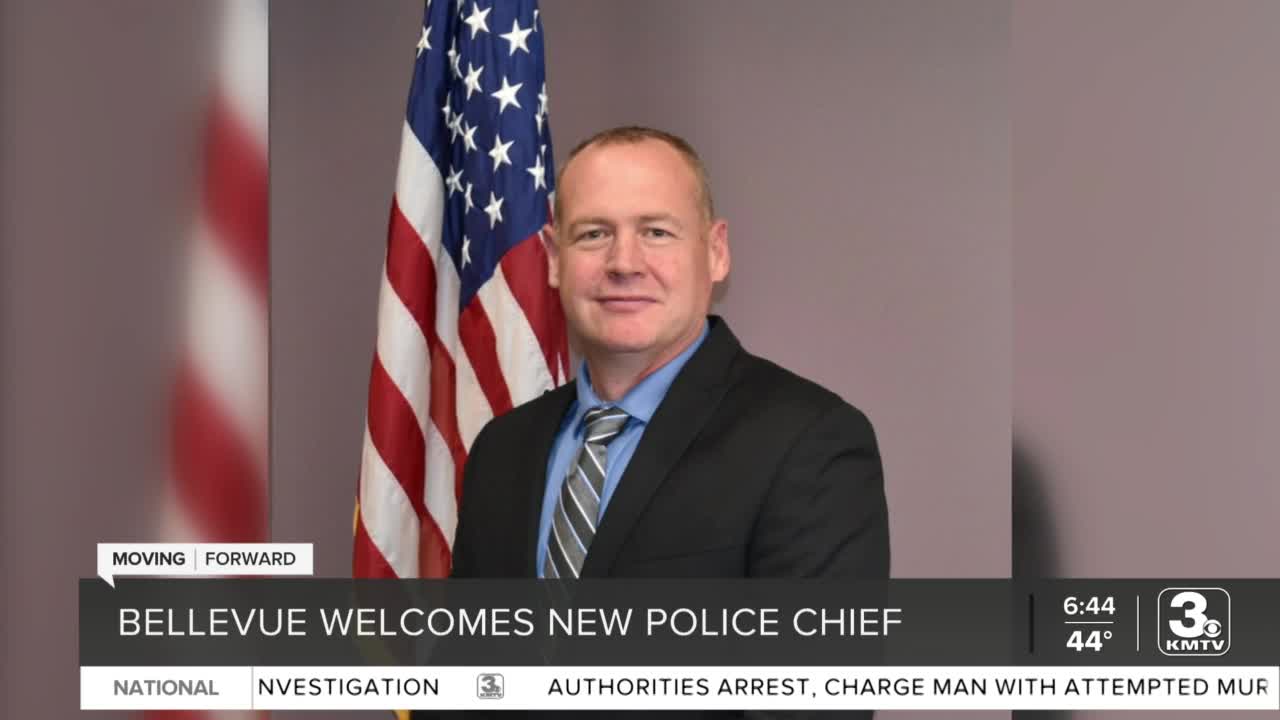 Chief Kenneth Clary, who goes by Ken, took on the role of Bellevue Police Chief in early September.

In just a few weeks, he says he fits right in.

“It’s been a phenomenal opportunity for me to come to the city of Bellevue and be welcomed by the community. The officers have been extremely welcoming, from top to bottom,” says Clary.

Clary comes from the Iowa State Patrol, where he worked for 26 years. He oversaw 28 counties out of Iowa’s 99 total counties - about 16,000 square miles.

“I loved what I did and I know we made a positive impact in the communities that we served, but it was time in my career to take on a new challenge and come into a community that I felt like I could make a day to day impact and see those impacts through time,” he added.

Bellevue was an ideal move for the new chief, who says he preferred to stay in the Midwest, and it’ll keep him close to family.

His first self-assigned task is to get to know each member of the Bellevue Police Department. All 120 of them. He invites members to his office and schedules a one-hour window with them. He says they often go for hours.

Clary’s new role will include evaluating systems, policies, and procedures the department has in place. He says that as a newcomer and coming from a state agency, he says he can offer a different perspective.

“We’re going to be looking at everything over time and evaluating, are we doing what needs to be done, in the most effective and efficient ways that are expected by the community,” says Clary.

One thing Clary does want to change in Bellevue is bringing in more diversity onto the department, especially women. He says the national average for women in policing is 12-13%, a number that hasn’t changed since the mid-1980s.

“I speak of women simply because it’s the largest demographic that’s underrepresented in policing. As you know more than 50% of our population is women, and only 13% are in policing. Obviously, that’s the same with other demographics. If we can identify those demographics in our departments and have those people speak to the population that we are trying to build and bolster - absolutely. I’m all about recruiting and retaining the demographic that most resembles the population that we’re trying to serve,” he says.

It’s also important for Clary that his department be involved with the community. In 2014 and 2016, he was awarded the Iowa Governor’s Volunteer Award for his philanthropic efforts with the Food Bank of Iowa and the Special Olympics.

Clary says, “I think most officers are called to give back to the communities that we serve. They don’t necessarily see the opportunities so my job as the chief is to highlight those things in the community that we can do to give back. Whether it’s a program that I kind of spearheaded called arresting hunger, where law enforcement raised money to provide food for food-insecure families during the holidays. I could see us doing a number of things.”

When asked about taking on a police department at a time when issues of police brutality are on the forefront across the country, he said he believes in transparency, and doesn’t see that as an issue in Bellevue.

“Bellevue police department has a really positive relationship with the community that’s outstanding. They’re well-trained, they’re known as having integrity and doing the right thing, not being heavy-handed or anything like that, but being fair and working with the community to solve problems,” said Clary.

Chief Clary received his Masters in Public Administration degree from Upper Iowa University, and is currently a Ph.D. candidate in Criminology and Criminal Justice at UNO.

If you see him out and about, Chief Clary says don’t be afraid to say hello - he’s excited to serve and meet his community.