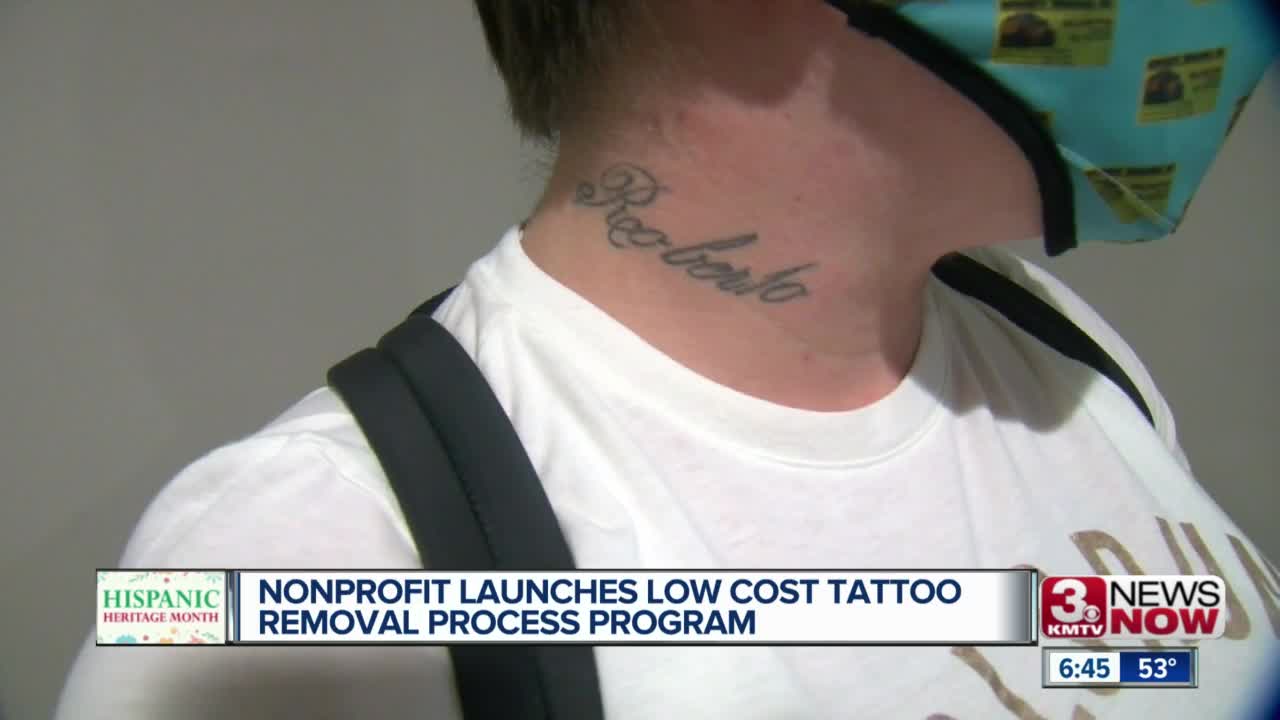 OMAHA, Neb. (KMTV) — An organization in Omaha is offering free or low-cost tattoo removals for individuals recently released from prison.

Generation Diamond, which was started in 2016 by Blanca Mejia, aims to support those who spent time in jail or prison and offers a variety of re-entry programs.

“We help people that were recently released from prison and jail, but right now we're helping everybody. Anybody that shows up here seeking our help, we're here for them,” says Mejia.

She adds she’s seen an increase of people needing support due to the pandemic.

“We’ve been offering a place for people to shower. Believe me, it’s a huge necessity. Many think, a shower? But with so many organizations closed due to the pandemic, many of these people didn’t have a place to shower, so they come here to get cleaned up,” adds Mejia.

As part of a new employment initiative, the organization has launched a new tattoo removal program, which will be free or very low cost to those that need it.

“We have people who are looking for jobs, and they may get some, but they can't advance their life or to another level because of the tattoos they have.

The nonprofit purchased a top of the line tattoo removal machine by Duality, which came with an instructor who is teaching volunteers who have experience with tattoos to get certified in tattoo removals.

Nebraska allows independent people who have been trained to do tattoo removals on their own, but someone needs to monitor the treatment logs and verify training.

That’s why Generation Diamond brought on Dr. Michael Schooff as Medical Director for the laser removal process. His job is to supervise that volunteers have completed the proper courses.

Dr. Schooff says he decided to get involved to help others turn their life around.

“Some of these people have tattoos on their skin that are reminders of past behaviors that they’re trying to leave behind - or experiences, affiliations with gangs or other units, or even tattoos that are in places that inhibit their employment,” says Schooff. “We want to be able to help everybody in our community succeed and be self-confident and to be employable without restrictions. Because even to join the military you can’t have tattoos in certain areas.”

The program began on September 16th and will be solely run by volunteers. The schedule will consist of their availability.

Volunteer Douglas Vickers, who used to design and do tattoos while he spent time in prison, believes this will greatly help with former inmates’ self-esteem.

“When I was in the system in Nebraska and Texas, there were a lot of youngsters in there that are doing dumb things when they get there, and the longer they’re there, they’re realizing, ‘Man, what do I do, I got this on my skin for the rest of my life,’” said Vickers. “They become mistakes. And for a lot of people that’s art to people - I have my legs completely done and I would never remove any of mine but there’s people out there that hinder them. So I want to help them because after all of the time I’ve done, I’m ready to be of service.”

Since the program is run by volunteers, Mejia asks anyone that would like to get certified or donate to the program to contact her at 402-813-7143.