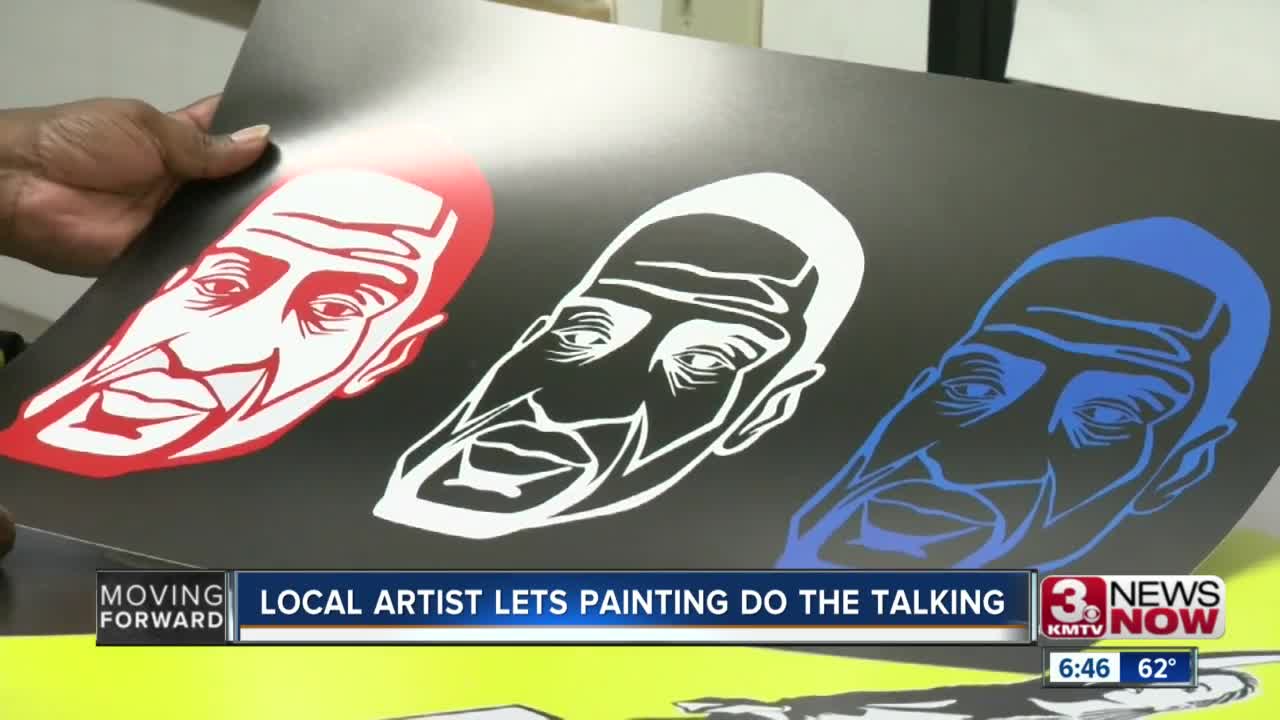 He was born and raised in Omaha, Nebraska and believes in community.

When he wants to make a statement about something, he goes to his paint and brush.

After the local and nationwide protests related to the death of George Floyd and police brutality in June, Pena felt his best response to share his feelings was to paint.

“I was wanting to voice how I felt, the pain, and the hurt and I can just see all of these people were wanting to express how they felt about what was going on,” said Pena.

He created about 20 images related to social justice and George Floyd. He then also created some revolving around James Scurlock, who was killed at a protest in Omaha.

Pena said that picture gave him inspiration and painted that image with the word hope.

“Art is something that brings us together. It’s like, people look at art and you can't be angry or - it just brings you to look at like everything else goes away when you see art,” says Pena.

Many people saw the image on social media and loved it. He began making posters and T-Shirts and handed them out to the community. People then started asking for more of his hope painting.

“Teachers had been getting the poster. I think they want to show kids that if this young girl believes that our world could be a better place then you should be hopeful that all this stuff that’s going on will bring us together to make the world better,” adds Pena.

Donations of the paint go towards Culxr House.

Pena says he plans to continue painting more similar pieces with hope that it touches others and gets more people united.

He says, “It has to get better. We’ve seen how things are when we don’t work together so let’s try and work together.”