PACE program continues to make a difference with youth in Omaha 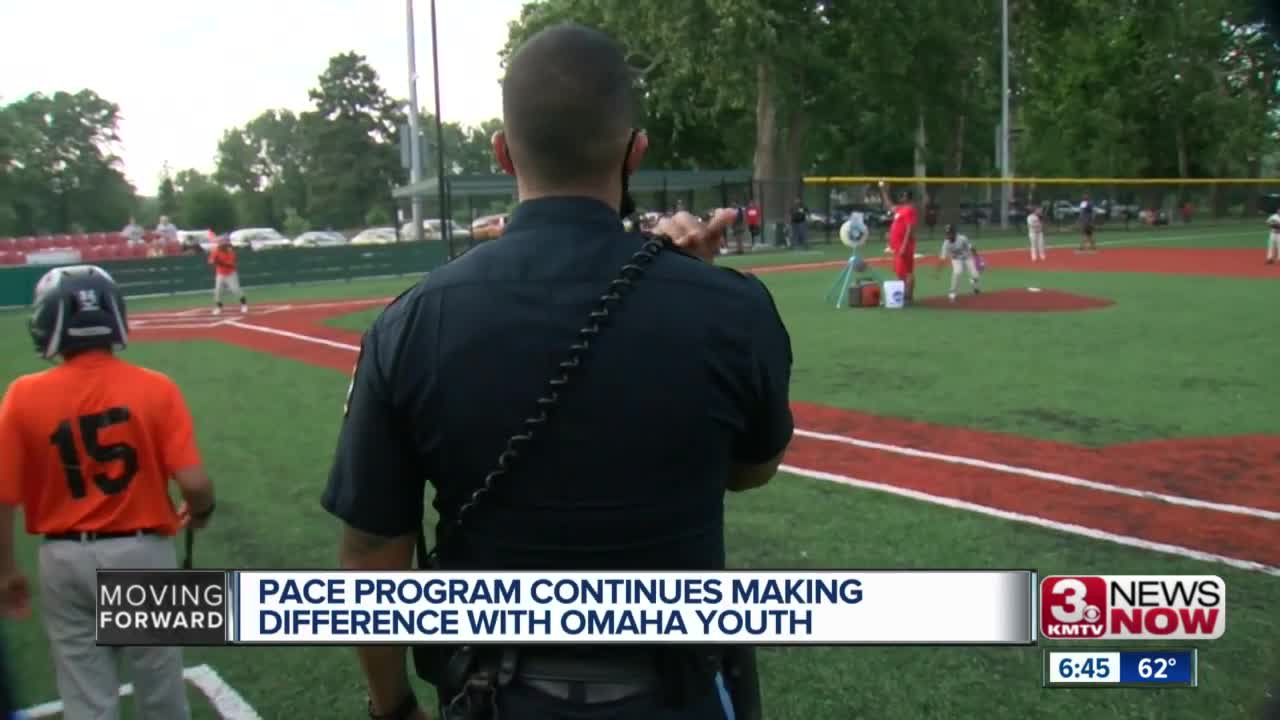 OMAHA, Neb. (KMTV) — With recent tension following protests between some communities and police departments throughout the country, some officers are working to mend that gap.

In Omaha, the Omaha Police Department is in its 13th year of PACE (Police Athletics for Community Engagement). At PACE, Law enforcement officers coach inner city kids in several sports and provide uniforms and equipment for free, with its goal being to build relationships between law enforcement officers and youth. The program has shown to be effective among the youth for years, but following this summer's protests which shed light on issues of racial inequality and police brutality, the program is showing its significance more than ever.

“It’s more than swinging a bat and throwing a ball. Ultimately what I want with these kids is to build character, to build responsibility and create outstanding citizens,” says Officer August Hogan III, who’s in his fourth year of coaching with PACE.

Hogan coaches baseball, along with Officer Kylee Askew. They’re both officers of color, and they say their presence within the community and with PACE is helping groups move forward by showing these young athletes can also be leaders in their own city.

“It shows the kids that right now, I’m just a regular person, just like them. So when I do come in uniform, they say, 'Hey, a woman can be a police officer,’ or ‘you can be black and be a police officer’ so there are those things but it also shows our interactions with them are positive," says Askew. “I grew up being coached in multiple sports, I know the impact my coaches had on me and so knowing that I was able to do this and still work, like the other coach was in uniform today, I’m not uniform but I was still able to come out today and help the kids and so that’s why I wanted to get involved.”

Hogan says his goal is to help humanize the badge, and let the kids and their parents and supporters know, he, and many officers in our community, care about bettering the city.

“We’re out there, we want to clean the street of guns, we want to clean the streets of violent felons, and I think that being involved with PACE on the other end of that spectrum is just as important and I’ve seen it have just as much impact,” says Hogan. “There’s a lot of negativity out there right now when it comes to police and just in the world in general and I want to go out there and make an impact in the community and the best way to do that is when somebody is young. These children, they’re just molding who they are going to be for the rest of their lives, so right now is when you’re going to make the biggest impact.”

The officers say that especially after all of the protests throughout the country, being out on the field is helping ease situations while out on calls.

Hogan says, “When I’ve shown up to a call, it’s been complete chaos and somebody, regardless if it’s a direct parent or a supporter of these kids, knows me and that helps. Not only anecdotally, but I just think it’s very important to get out within the community so that the community knows that you care.”

He adds, “I’m from here. Born and raised in Omaha. I know what it’s like to grow up, see a police cruiser and think, ‘Oh, my gosh, somebody’s in trouble.’ I want to show them a different side of things. With the protest and everything like that, I think the biggest way to affect change is to be the change that you want to see.”