2020 Democratic presidential field grows; impact it could have on race

2020 Democratic presidential field grows; impact it could have on race 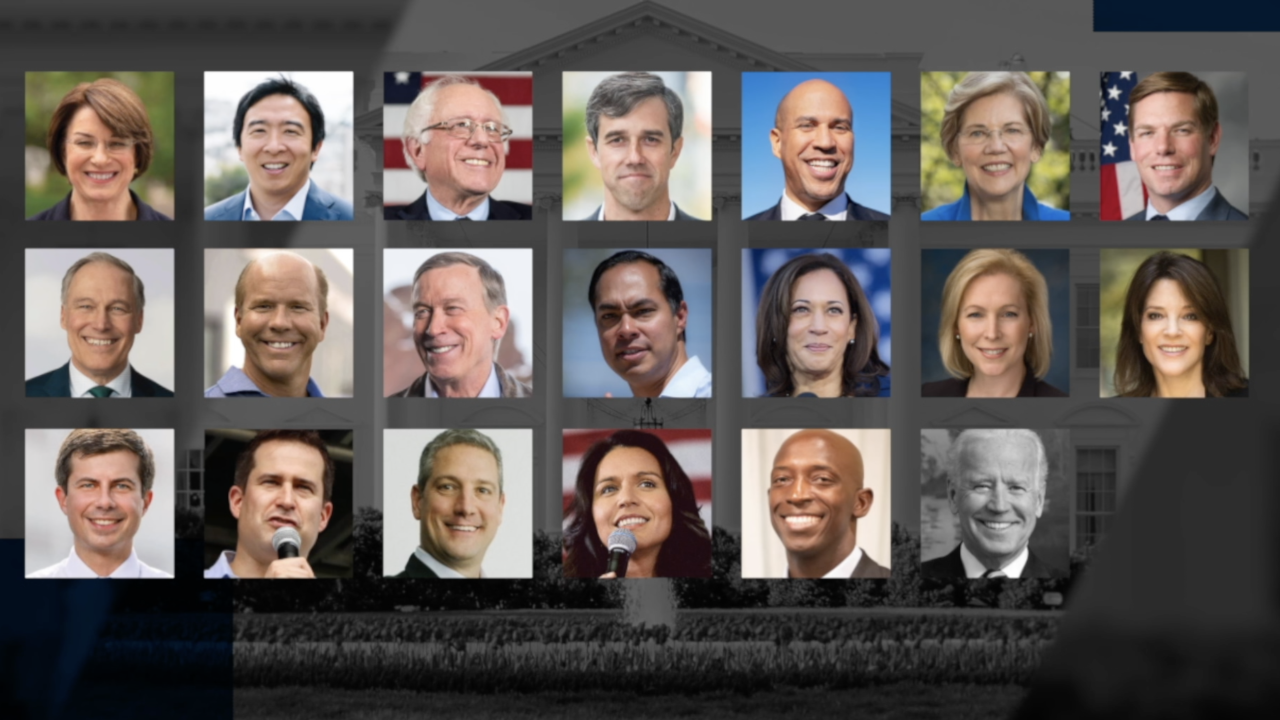 So far, 19 Democrats have jumped in the race. Former Vice President Joe Biden could make it 20, as reports surface he’ll announce his run Wednesday.

“For an open race, I think it's the new normal,” says John Fortier, with the Bipartisan Policy Center, of the number of candidates running. “Unless there is someone who is very dominate, there's really not much of a barrier to getting in the race.”

Case in point: the 2016 Presidential Election, where 17 Republicans ran for president and made it to at least one presidential debate.

Fortier says there's one main reason why so many candidates run at the same time.

Democratic candidate and senator, Cory Booker, says he is staying focused on his message, hoping to break through the field.

Aside from raising money, the challenge candidates face is staying relevant, with so many others in the race. For example, Elizabeth Warren generated buzz this week, with a proposal to eliminate the student loan debt of millions of Americans and making all public colleges tuition free.

The presidential debates will also allow candidates to create some buzz. but a large field makes it tougher.

“Somehow, breaking through is the hardest thing for these candidates, and I think as we go forward, many of them will struggle to breakthrough,” Fortier says.

While the Democrats spend the next year fighting for the Democratic presidential nomination, President Trump can focus on energizing his party for his re-election campaign.