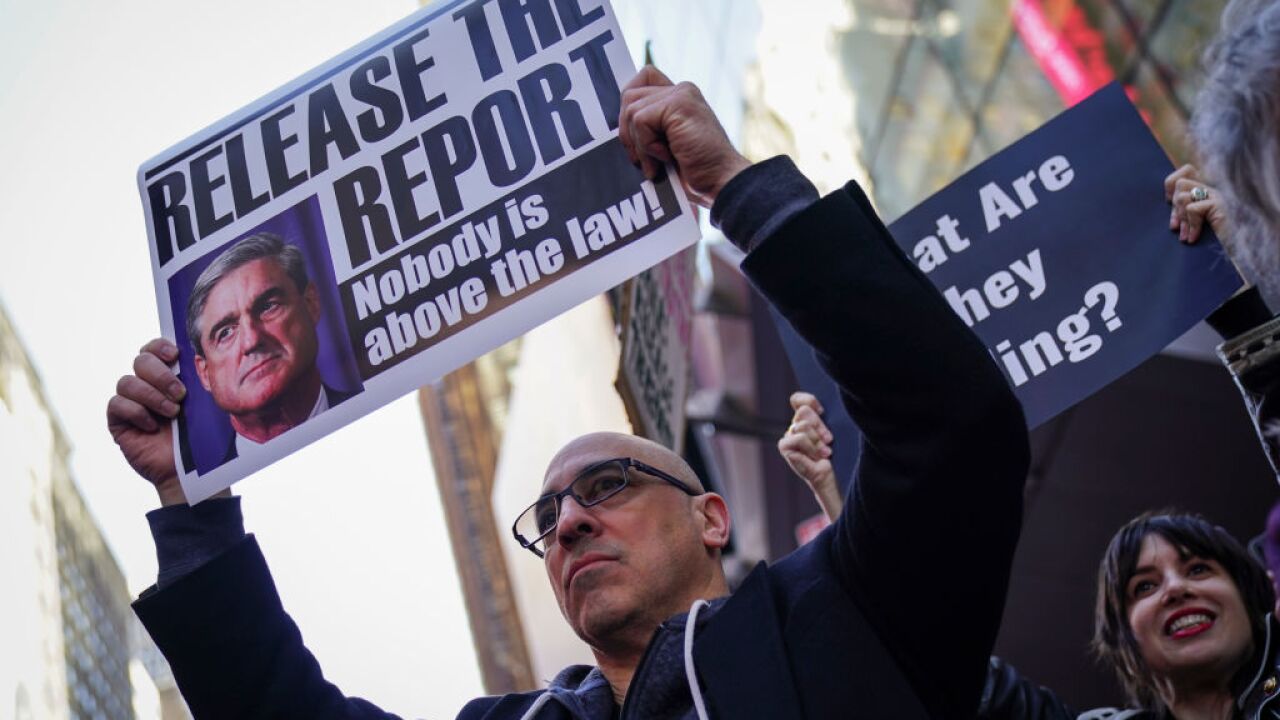 The plan to release the redacted report on Thursday means that all of Washington will be on edge this week anticipating the nearly 400-page report from the special counsel.

The redacted report will provide more details into what was uncovered during the 22-month special counsel investigation into possible collusion between Donald Trump's team and Russia and possible obstruction of justice.

Instead, Barr and Deputy Attorney General Rod Rosenstein made the decision there wasn't sufficient evidence to prosecute an obstruction case.

Trump and his allies have claimed "total exoneration" in the wake of Barr's letter, but Democrats have said they don't trust Barr to accurately describe Mueller's investigation and have demanded to see the full report and Mueller's underlying evidence.

Democrats on the House Judiciary Committee have prepared to subpoena the Justice Department for the full report without redactions if they do not receive it this week.

But Barr's comments to the Senate panel that the Trump campaign was spied on have further eroded his standing with Democrats. Barr will testify before the Senate and House Judiciary Committees about the Mueller report on May 1 and 2.