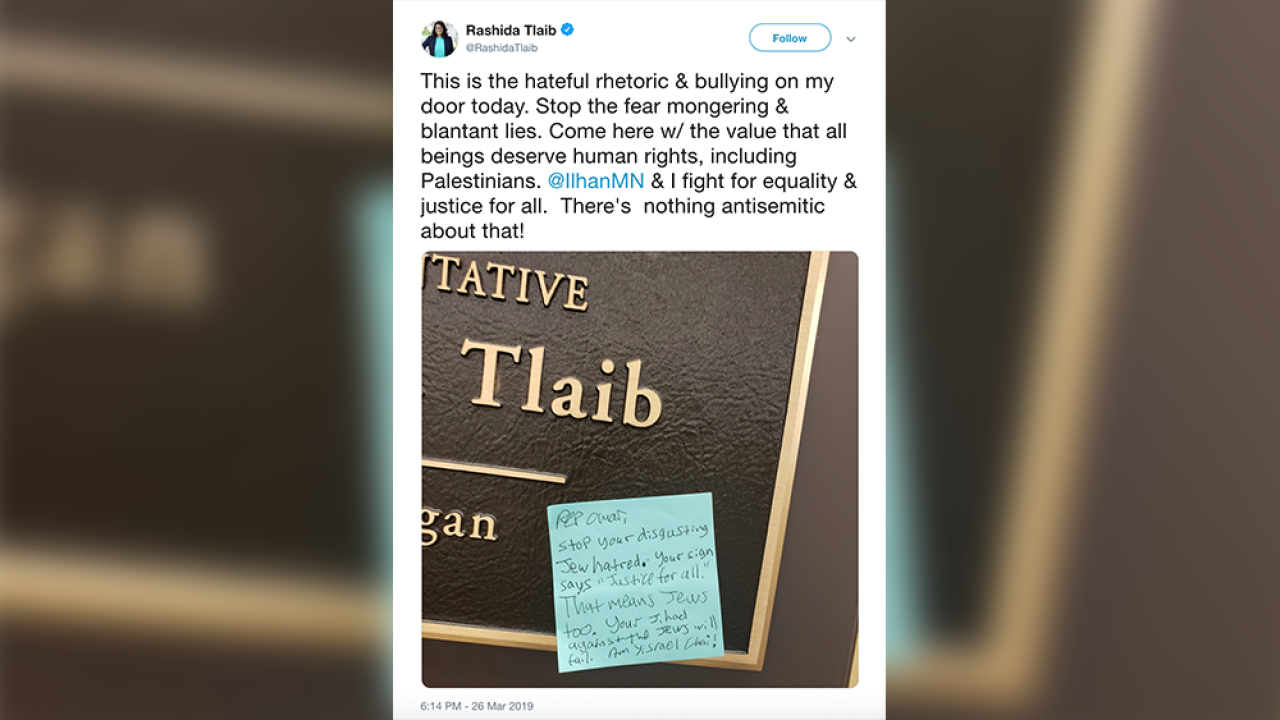 The note, written on a blue sticky note and posted on the placard outside Tlaib's office in the Longworth House Office Building, read: "Rep Omar, Stop your disgusting Jew hatred. Your sign says 'Justice for all.' That means Jews too. Your Jihad against the Jews will fail."

The note also included the words "Am Yisrael Chai," which translates to "the nation of Israel lives."

Tlaib, who is the first Palestinian-American elected to Congress and, along with Omar, serves as one of two Muslim women in Congress, tweeted a photo of the note Tuesday night. The two congresswomen are close friends.

"This is the hateful rhetoric & bullying on my door today. Stop the fear mongering & blantant lies. Come here w/ the value that all beings deserve human rights, including Palestinians. (Omar) & I fight for equality & justice for all. There's nothing antisemitic about that!" Tlaib wrote in the tweet.

The US Capitol Police did not respond to CNN's request for comment Wednesday.

The note comes several weeks after Omar, a Minnesota Democrat, stirred controversy after she suggested money was behind politicians' support for Israel -- she later apologized -- and insinuated that pro-Israel groups were pushing "allegiance to a foreign country."

The comments were criticized on both sides of the aisle and prompted the Democratic-led House to pass a resolution earlier this month condemning hate and intolerance, including anti-Semitism and anti-Muslim discrimination.

It also comes nearly two weeks after Tlaib, a Michigan Democrat who has also been critical of Israel, said she believes Islamophobia "is still very present on both sides of the aisle" in Congress.