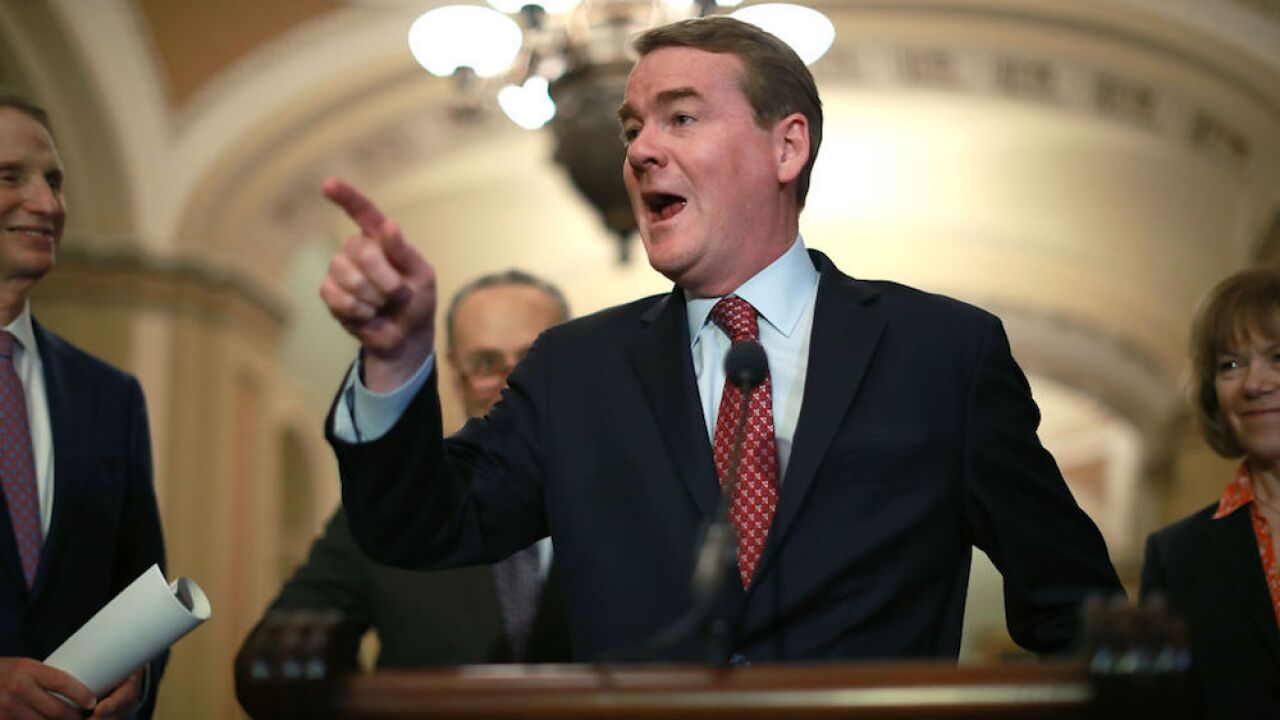 Sen. Michael Bennet announced on Thursday that he is running for President, launching a longshot campaign that makes the Colorado Democrat the seventh member of the Senate vying for a chance to take on President Donald Trump.

The announcement -- made Thursday during an interview on CBS' "This Morning" -- was delayed after the senator was diagnosed with prostate cancer in early April. Bennet had surgery shortly after the diagnosis and announced last month that doctors gave him a clean bill of health. That successful procedure set off a series of moves over the last two weeks that culminated in Thursday's announcement.

Bennet, who now enters a crowded field of 2020 Democrats that is likely to grow, had previously said that he hoped to run despite the cancer diagnosis. He told CNN in early April that he would "like to get on with this."

"I'm looking forward to running in 2020," Bennet said on CNN's "State of the Union" with Jake Tapper. "This obviously was unexpected, but we caught it early. It's something that I think we're going to be able to treat and I don't think it should keep me off the trail."

Bennet, a measured, wonky Democrat who is known for delving deeply into policy, plans to run a campaign centered around driving economic growth by expanding the Child Tax Credit, enacting paid family and medical leave, raising the minimum wage, modernizing the country by combatting climate change and investing in infrastructure, according to a Bennet aide.

The senator and former educator also plans to make education central to his bid, the aide said, as well as electoral reform, which will include pushing to ban Members of Congress from ever becoming lobbyists, overturning the controversial Citizens United Supreme Court decision and fighting partisan gerrymandering.

The senator, whose name recognition with audiences outside of Colorado remains small, was boosted by a viral moment earlier this year, when he took to the Senate floor to lambast Texas Sen. Ted Cruz with a passionate speech that saw the usually mild-mannered senator raising his voice to accuse Cruz of crying "crocodile tears" for lamenting a tactic Cruz once used himself.

The speech vaulted Bennet, the former superintendent of Denver Public Schools, into the public eye and captured the attention of Democratic activists.

That was clear earlier this year when Bennet made his first trip to Iowa. His first event in the state -- a house party in Dubuque -- was also a viewing party for the speech: as Bennet spoke in the host's living room, a freeze frame of an enraged Bennet sat on the TV behind him.

"I am glad you are not playing that now," Bennet joked to the small audience, "because I would say, 'God, I don't want to follow that guy.'"

Bennet has pitched himself in pre-campaign appearances and speeches as a pragmatic lawmaker who has a progressive voting record, but who also knows what it takes to win in an electorally split state like Colorado.

While some of Bennet's policy proposals do fall in line with progressives in his party, his view of "Medicare for All" -- the sweeping health care plan being pushed by Vermont Sen. Bernie Sanders and a host of other 2020 candidates -- is more centrist, a fact that the senator doesn't run away from.

"I'm concerned about that bill," he told CNN earlier this year, noting he worries the bill would do to employer-backed insurance plans that most Americans have. "I don't think that is a good starting point."

Bennet went on to graduate from Wesleyan University in 1987 and received a law degree from Yale Law School in 1993, where he was editor-in-chief of the Yale Law Journal.

Bennet entered public life in 2003 when he became then-Denver Mayor John Hickenlooper's chief of staff. Hickenlooper, who would go on to become governor of Colorado and is a central figure in Bennet's public life, is also running for President.

After four years of superintendent of Denver Public Schools, then-Colorado Gov. Bill Ritter tapped Bennet to fill the Senate seat vacated by Ken Salazar, who became the Interior secretary under President Barack Obama. Bennet then successfully ran for his first full term in 2010 and was re-elected in 2016.