Rep. Duncan Hunter and his wife indicted in use of campaign funds for personal expenses 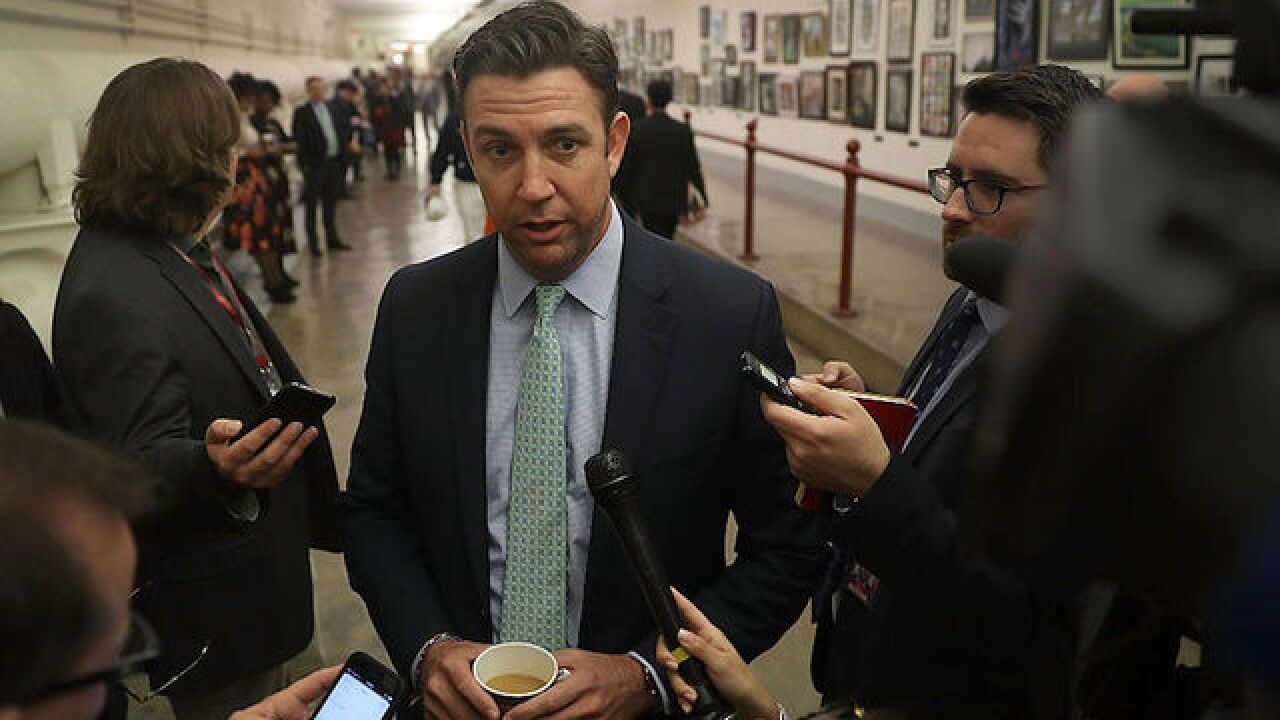 Image copyright 2018 Getty Images. All rights reserved. This material may not be published, broadcast, rewritten, or redistributed.
Joe Raedle
<p>Rep. Duncan Hunter (R-CA) speaks to the media before a painting he found offensive and removed is rehung on the U.S. Capitol walls on January 10, 2017 in Washington, DC. </p>

Rep. Duncan Hunter and his wife, Margaret, were indicted Tuesday on charges related to the misuse of $250,000 worth of campaign funds for personal expenses and the filing of false campaign finance records.

The charges of wire fraud, falsifying records, campaign finance violations and conspiracy were the culmination of a Department of Justice investigation that has stretched for more than a year, during which the Republican congressman from California has maintained his innocence.

Republican Party leaders had long worried that with a potential indictment looming, Hunter's traditionally safe district which makes up much of eastern San Diego County could be at risk of Democratic takeover in November's midterm election.

Hundreds of thousands of dollars in unusual charges on Hunter's campaign credit card had come under scrutiny, including among other things, an Italian vacation, dental work, purchases at a surf shop, and huge tabs at bars in restaurants in the San Diego and Washington DC areas. Among the most mocked charges was airfare for a pet rabbit to fly with the family, which an aide said was mistakenly charged to the wrong credit card.

"There was wrong campaign spending, but it was not done by me," Hunter told KGTV-10, a San Diego television station, earlier this year.

His comments have cast blame on his wife and former campaign manager, Margaret Hunter, who also made charges on the campaign credit card.

Hunter's lawyers said last year that "any mistakes were made they were strictly inadvertent and unintentional."

California's 50th District is a staunchly Republican district with many current and former military families that covers much of eastern San Diego County. The Congressman's father, Duncan L. Hunter, represented parts of the district (which changed after redistricting) and has rallied donors and supporters to his son's side.

Hunter's Democratic challenger, Ammar Campa-Najjar, a former department of labor aide in the Obama administration, has repeatedly outraised him.

Many Hunter allies believe he will stay in his House seat while fighting the charges.

Even if a federal candidate chooses to withdraw from contention, their name will remain on the ballot unless they seek removal of their name from a judge, according to the California Secretary of State's office.

At this late juncture, there is no possibility of a write-in campaign. Only Hunter and Campa-Najjar will appear on the November ballot, since they were the top vote-getters in California's top-two primary in June.

This is a breaking news story and will be updated.