Sen. Jeff Flake announces he will vote for Kavanaugh nomination 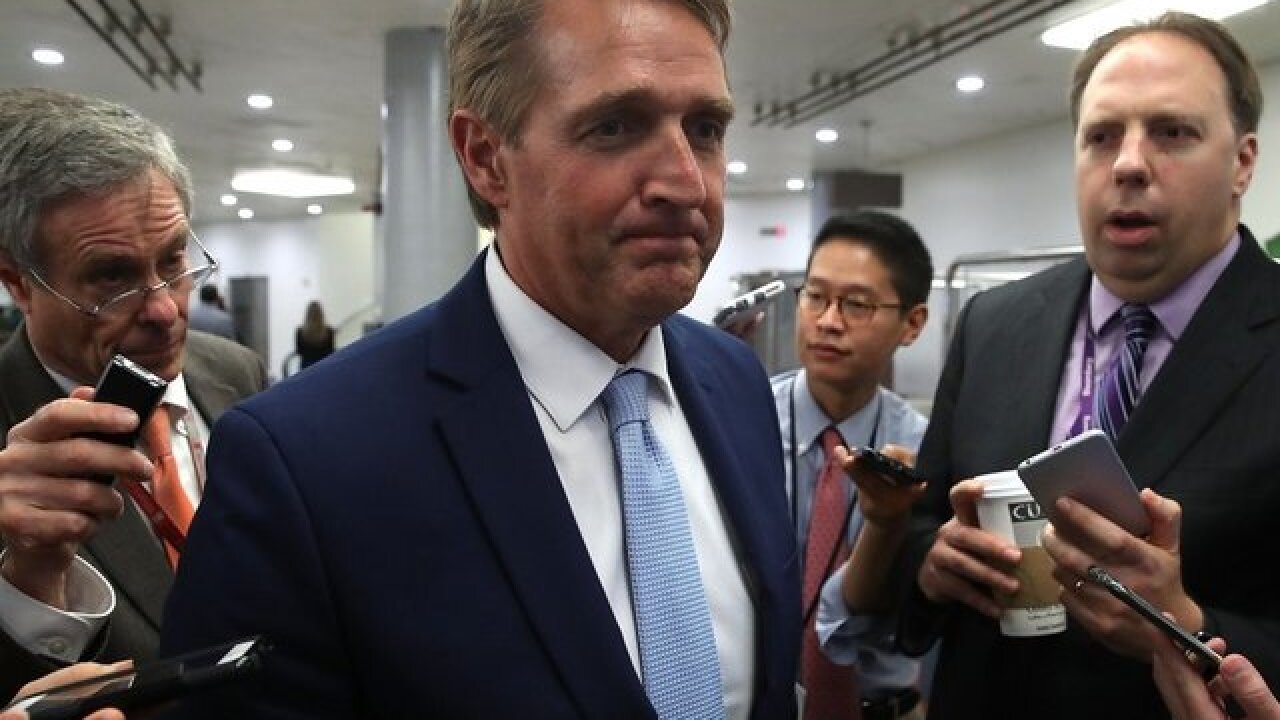 "I will vote to confirm Judge Kavanaugh," Flake, who sits on the Senate Judiciary Committee and was a key undecided Republican vote, said in a statement.

The committee is scheduled to vote on whether to give Kavanaugh a favorable recommendation Friday afternoon. That puts Kavanaugh on track to a previously planned procedural vote on the floor of the US Senate this weekend and a final confirmation vote early next week.

Moments after Flake's position was announced, the senator himself was immediately confronted by furious demonstrators who aggressively questioned and shouted at the senator while he waited on an elevator.

Flake's decision is a victory for Senate Republican leaders working to push ahead with Kavanaugh's nomination despite Christine Blasey Ford's allegations against him on Thursday. Kavanaugh vehemently denied the allegations.

Republicans can confirm Kavanaugh without any Democratic votes, but with only a 51-49-seat hold on the Senate, Kavanaugh's supporters can only afford to lose one GOP vote and still advance his nomination.

Flake is not seeking re-election and will retire from the Senate at the end of his term in January.

"Yesterday, we heard compelling testimony from Dr. Ford, as well as a persuasive response from Judge Kavanaugh. I wish that I could express the confidence that some of my colleagues have conveyed about what either did or did not happen in the early 1980s, but I left the hearing yesterday with as much doubt as certainty," Flake said.

"What I do know is that our system of justice affords a presumption of innocence to the accused, absent corroborating evidence. That is what binds us to the rule of law. While some may argue that a different standard should apply regarding the Senate's advice and consent responsibilities, I believe that the constitution's provisions of fairness and due process apply here as well."

The Arizona Republican appeared torn after hearing Ford's testimony alleging that Kavanaugh sexually assaulted her in the 1980s -- and Kavanaugh's forceful denial. "This isn't easy for anybody," he told reporters on Thursday evening. "There's more doubt than certainty moving ahead."