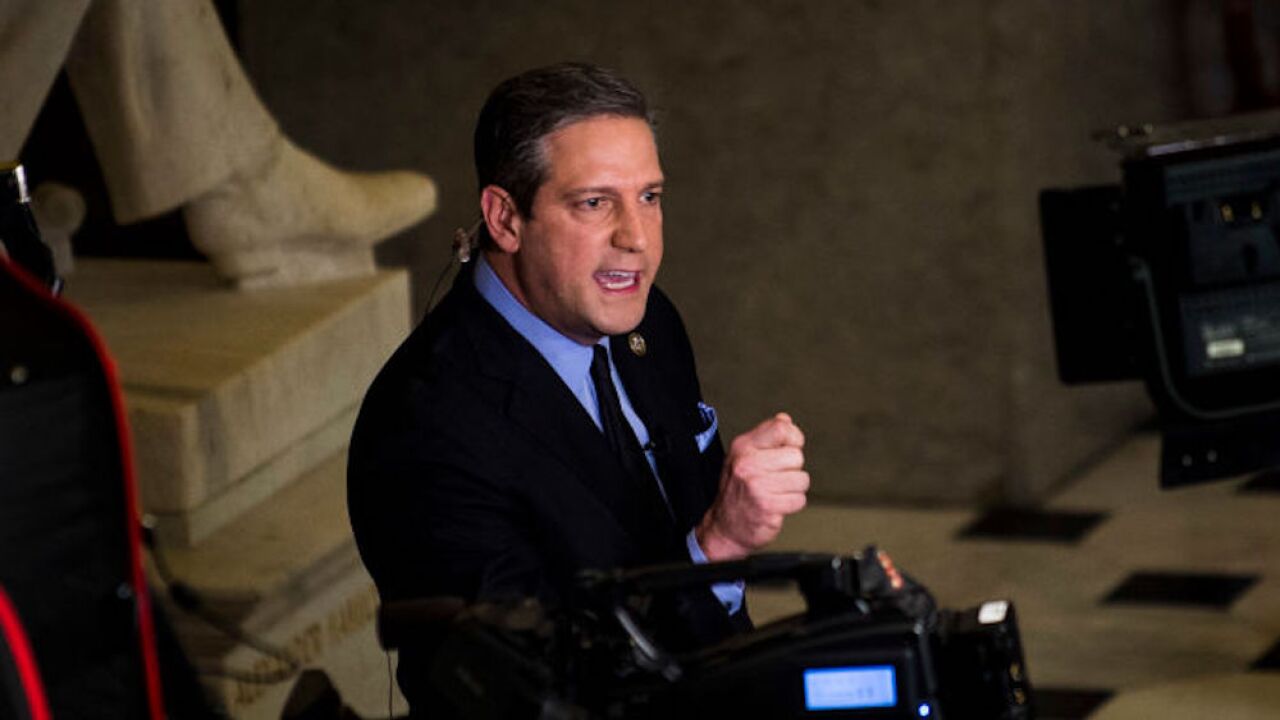 The announcement on his campaign website came shortly before the Democrat appeared on "The View."

"As a congressman from Youngstown, Ohio for almost 20 years, I've watched the American Dream slip through the fingers of many Americans," Ryan says on the website. "That's why I am running for President. It's time to do something."

Ryan, who has served in Congress since 2003, began considering a 2020 bid in 2018, as he traveled across the country stumping for Democrats running for office and, indirectly, testing the waters on a presidential bid.

Ryan enters the presidential race as a longshot candidate with less name recognition than most candidates and a far smaller political network. The field is also already sizable and growing: Democrats are waiting on former Vice President Joe Biden to decide on a run, along with former Virginia Gov. Terry McAuliffe, Sen. Michael Bennet of Colorado, Gov. Steve Bullock of Montana and Rep. Seth Moulton of Massachusetts.

"As I travel through Ohio and the country, I've been inspired by the solutions that exist. On every issue, from manufacturing, to health care, to schools and education, to taking care of and healing our Vets, I find brilliant Americans who are innovating and creating REAL solutions," Ryan wrote. "And our current government and leaders are in the way of these solutions being implemented on a broad scale. We must invest in and bring the solutions that are working to communities across the country."

Ryan has become most known in Democratic circles for his opposition to House Speaker Nancy Pelosi holding her leadership positions. But those efforts have failed, and even Ryan voted for Pelosi earlier this year when Democrats picked their next House leader after taking back the chamber in 2018.

Ryan told CNN in February that he was "seriously considering" a presidential run, but that he didn't "feel any pressure for any timeline at this point."

"The country is divided," he added. "We can't get anything done because of these huge divisions that we have."

Ryan, according to advisers close to him, plans to run as the Democrats' best hope for winning back white, working class voters who left the party in 2016. The likelihood of a Ryan run increased earlier this year when Sen. Sherrod Brown, a better-known Ohio Democrat, declined to run for President.

Ryan told CNN in 2018 that he felt a pull between challenging Pelosi, which he didn't do, and vying for a chance to take on Trump.

"The speaker thing is obviously a narrower universe," he said. "But I do well with the public. I do well with voters. I enjoy it. I enjoy learning from them and getting to know them. And I have always been that kind of person. It is part of my personality."