Oprah Winfrey donating $500,000 to Parkland students' 'March for Our Lives'

Oprah Winfrey has pledged to donate $500,000 to March for Our Lives, a rally formed following a deadly school shooting in Florida that aims for increased gun control and school safety measures.

Oprah's donation comes after George and Amal Clooney announced they are donating $500,000 to the cause. The couple also said they would also join students from Marjory Stoneman Douglas High School for the rally on March 24 in the nation's capital.

Students after Florida shooting: You're either with us or against us

"Our children's lives depend on it," the couple said in a statement, according to BBC.

Oprah announced that she planned on matching that donation on Tuesday evening in a tweet.

"These inspiring young people remind me of the Freedom Riders of the 60s who also said we've had ENOUGH and our voices will be heard," the tweet reads.

George and Amal, I couldn’t agree with you more. I am joining forces with you and will match your $500,000 donation to ‘March For Our Lives.’ These inspiring young people remind me of the Freedom Riders of the 60s who also said we’ve had ENOUGH and our voices will be heard.

The march was organized by survivors of the shooting at Marjory Stoneman Douglas High School. The shooting left 17 people dead. 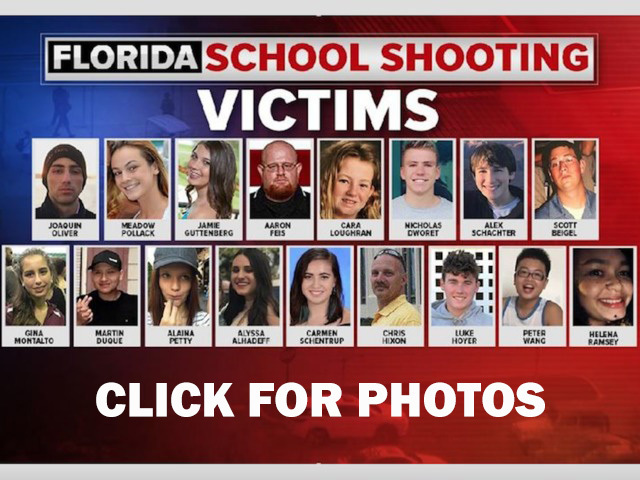 "Here's a time to talk about gun control: March 24. My message for the people in office is: You're either with us or against us. We are losing our lives while the adults are playing around," said junior Cameron Kasky.