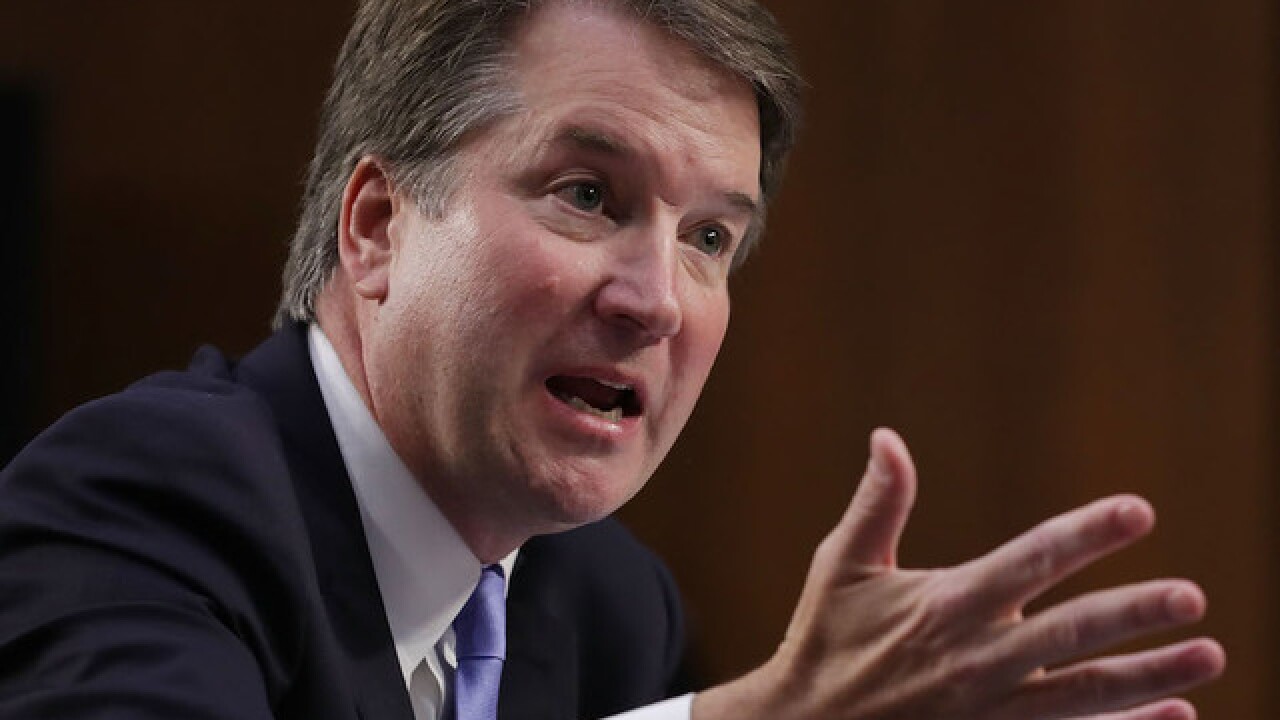 "If she shows up and makes a credible showing, that will be very interesting, and we'll have to make a decision," Trump went on. "But I can only say this. He is such an outstanding man. Very hard for me to imagine that anything happened."

Trump also reiterated that Kavanaugh has already been investigated by the FBI and downplayed the prospects of an additional probe.

"It would seem that the FBI really doesn't do that. They have investigated about six times before, and it seems that they don't do that," he told reporters at the White House.

He said he would allow senators on the Judiciary Committee to proceed as they see fit, but insisted again that Kavanaugh was being unfairly maligned.

"I would let the senators do their course. They have already postponed a major hearing. And really they're hurting somebody's life very badly. It is very unfair," Trump said. "Brett Kavanaugh has been treated very, very tough. And his family, I think it is a very unfair thing what's going on."