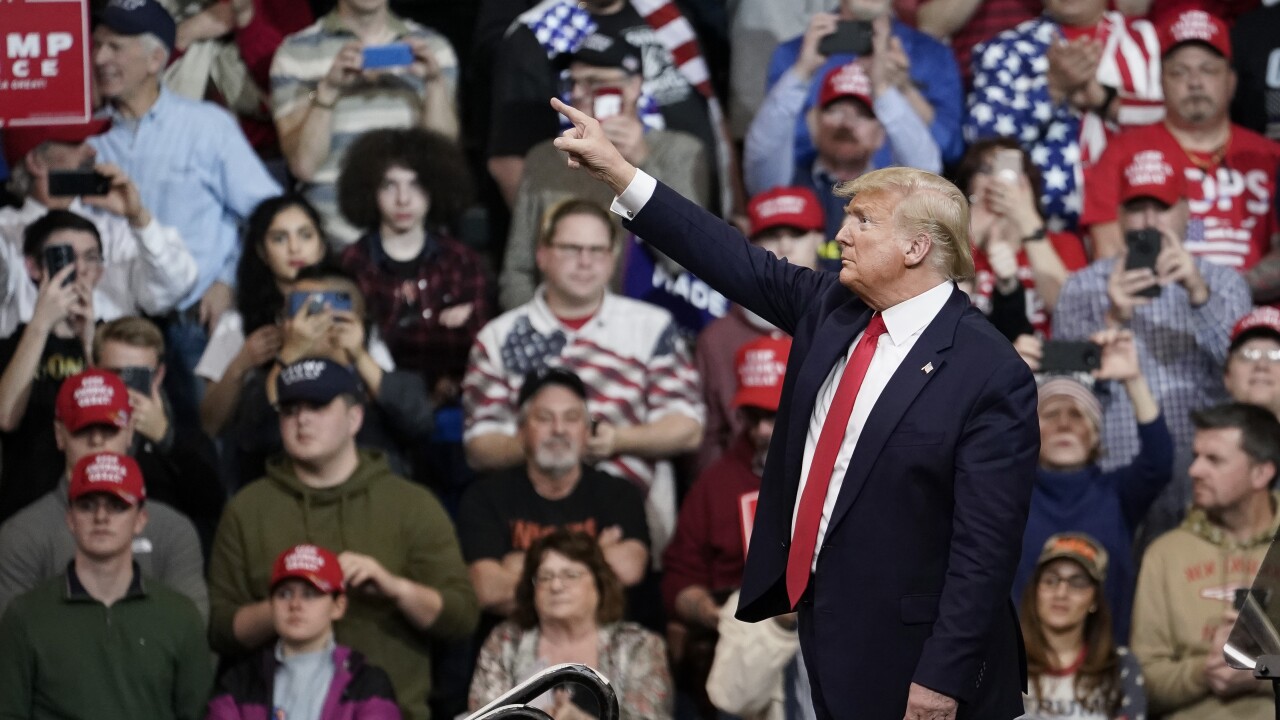 NEW HAMPSHIRE — President Donald Trump isn't worried about the coronavirus, he believes it will "miraculously" disappear as soon as the weather begins warming up.

The president shared that sentiment during a rally on Monday in Manchester as he stood before a large crowd of supporters to campaign before the polls were set to open on Tuesday.

"And by the way, the virus, they're working hard, looks like by April, you know in theory when it gets a little warmer it miraculously goes away," Trump said at his rally in New Hamphire on Tuesday. "I hope that's true. but we're doing great in our country. China, I spoke with President Xi and they're working very very hard. and I think it's going to all work out fine. Rough stuff, I tell you, rough, rough stuff."

Wednesday morning, health officials in China announced that the number of new cases of the virus had dropped for the second straight day. So far the virus outbreak has infected about 45,000 people and killed more than 1,100.

A confirmed coronavirus infection in San Diego on Monday brought the total number of cases in the United States to 13.

"I think it's going to work out good," Trump told the crowd. "We only have 11 cases and they're all getting better."