Roger Stone to appear in court today over Instagram posts 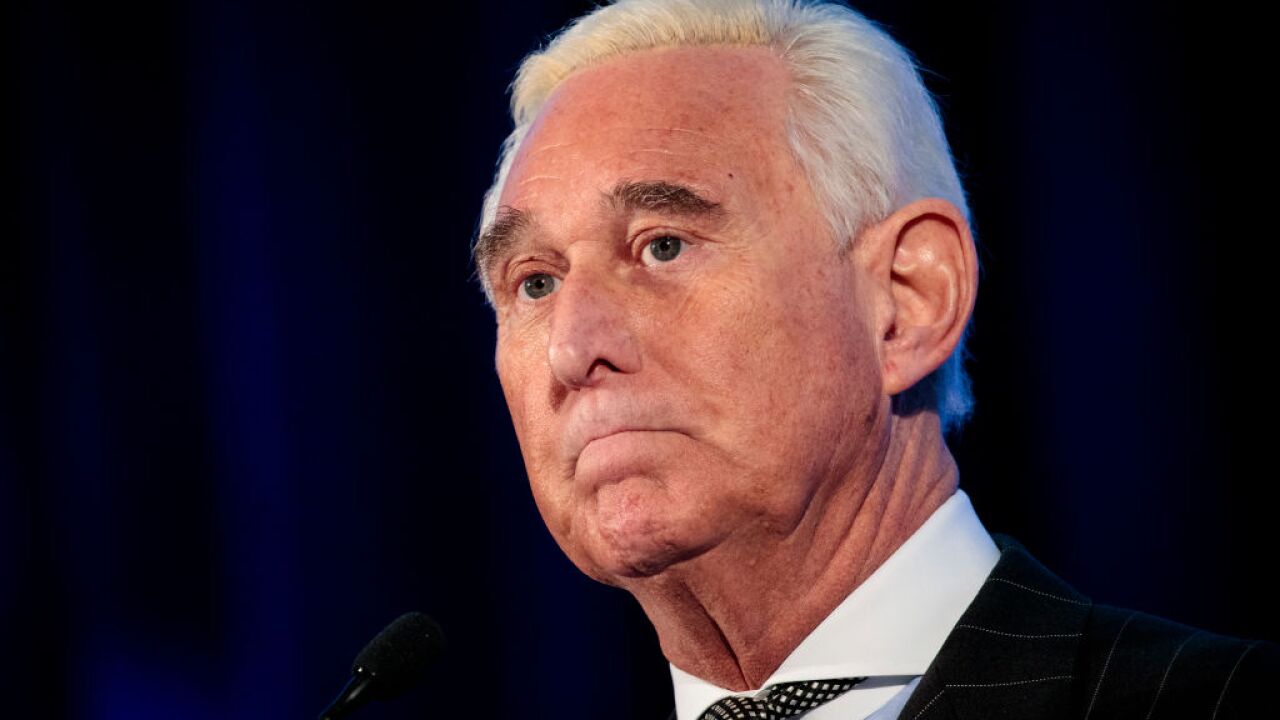 Roger Stone is in hot water heading into a court hearing on Thursday afternoon.

The longtime Republican political operative and self-described "dirty trickster" faces a federal judge who wants to address his recent antics while he awaits trial. Two posts he made on Instagram on Monday could put at risk his ability to stay out of jail and the leeway he has to speak about his case publicly.

The first post was a picture of Judge Amy Berman Jackson with what appeared to be the crosshairs of a gun drawn behind her head. Stone's caption called special counsel Robert Mueller a "Deep State hitman," said his case was a "show trial" and implied that Jackson was biased as an Obama appointee and because she had ruled on a Benghazi-related case and "incarcerated Paul Manafort." "#Fixisin," Stone added to his post.

Soon after, he replaced the post with a cropped image of Jackson, this time with the crosshairs cut out. He also slightly altered the text about Mueller and added a few more hashtags.

"Mr. Stone recognizes the impropriety and had it removed," his legal team told the judge in a "notice of apology" filed with the court late Monday, a federal holiday.

On Instagram, Stone gave an additional explanation. He said the photo was randomly selected from the Internet, and that he was not intending to threaten the judge or disrespect the court.

Jackson weighed in the next day, calling Stone to court to explain why the post shouldn't affect his release terms or his gag order. One of the terms following his arrest is that he cannot attempt to intimidate others, including judges and other officers of the court.

If Jackson determines that Stone did violate the conditions of his release, the worst consequences Stone could face include being charged for additional crimes like obstruction of justice and sent to jail or fined.

Jackson has been down this road before. In the criminal case against Stone's longtime colleague Paul Manafort, Jackson revoked Manafort's bail and sent him to jail eight months after his arrest because prosecutors accused him of attempting to reach out to witnesses.

Manafort, Donald Trump's former campaign chairman, had been on house arrest. Stone has less restrictive bail that currently allows him to travel around Washington, DC, New York City and his home in south Florida.

Jackson has already warned Stone in person and in writing that he must not violate his bail terms nor draw too much attention to himself with his statements in the media. She ordered him not to speak in and around the federal courthouse, because of how court activity in his case has drawn crowds and how he stokes his followers.

Stone's attorneys had argued for him to keep the ability to speak broadly about his case and politics. Writing and public speaking were essential parts of who Stone is, they said.

Stone was charged by the Justice Department in late January for lying to congressional investigators about his efforts to communicate with WikiLeaks as he sought to help the Trump campaign damage Hillary Clinton in 2016. He also faces charges of obstruction and witness tampering. Jackson so far has been especially sensitive to the witness intimidation allegation, reminding Stone multiple times that he cannot contact potential witnesses in his case.

He has pleaded not guilty to the charges.