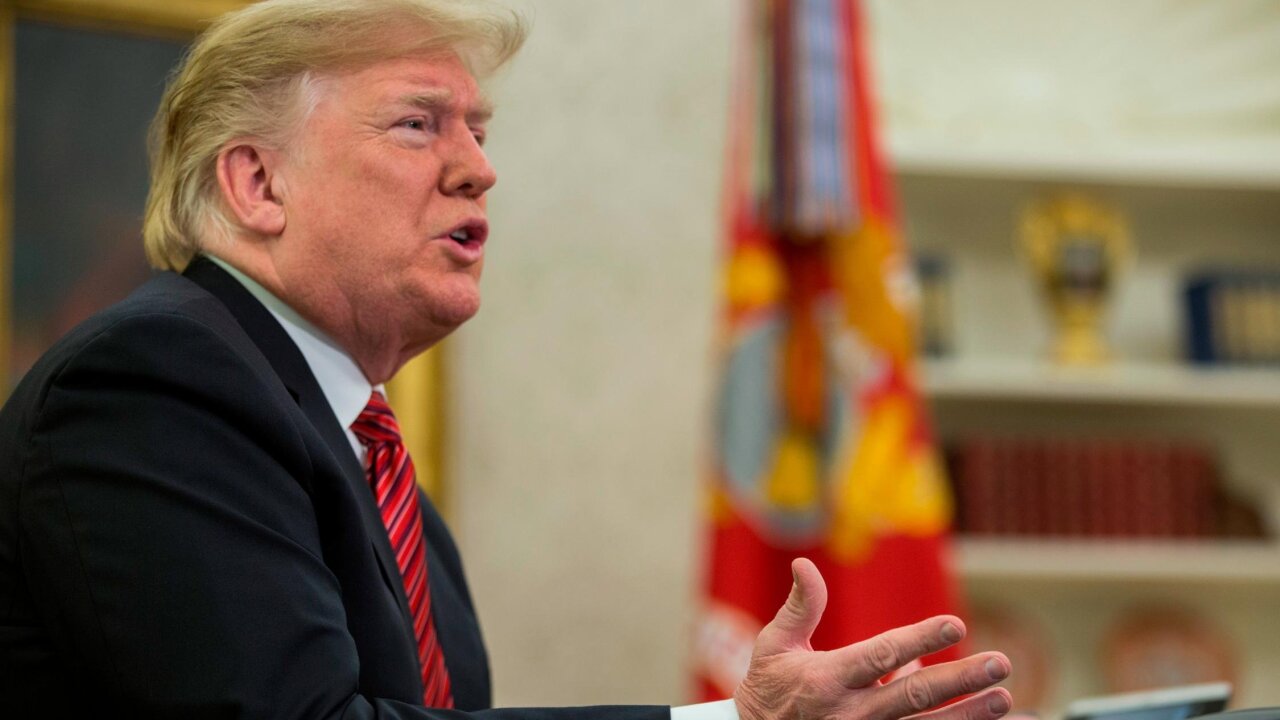 President Donald Trump threatened to slap tariffs on automobiles made in Mexico and close the US-Mexico border if the country didn't stop "massive amounts of drugs" coming into the US within one year.

"We're going to give them a one-year warning, and if the drugs don't stop or (are) largely stopped, we're going to put tariffs on Mexico and products, in particular, the cars ... and if that doesn't stop the drugs, we close the border," Trump told reporters Thursday.

Last week, Trump had said he would give Mexico one week to increase apprehensions of migrants from Central America from coming toward the US -- and threatened a border closure as a consequence. In recent days, the President also shifted the onus to Democrats to work on immigration laws or face border closures.

"A lot of good things are happening with Mexico. Mexico understands that we're going to close the border or I'm going to tariff the cars. One or the other, probably start off with the tariffs. That'll be a very powerful incentive because Mexico has the strongest immigration laws anywhere in the world," Trump said Thursday, during the inaugural meeting of the White House Opportunity and Revitalization Council.

Trump added that he believes Mexico in recent days has made progress in "capturing people and bringing them back to their countries at their southern border."

But he said he remains unsatisfied overall.

"If the drugs don't stop -- Mexico can stop them if they want -- we're going to tariff the cars," the President said. "And if that doesn't work, we're going to close the border."