USA Today: Barbara Bush said in new book that she didn't consider herself Republican after Trump 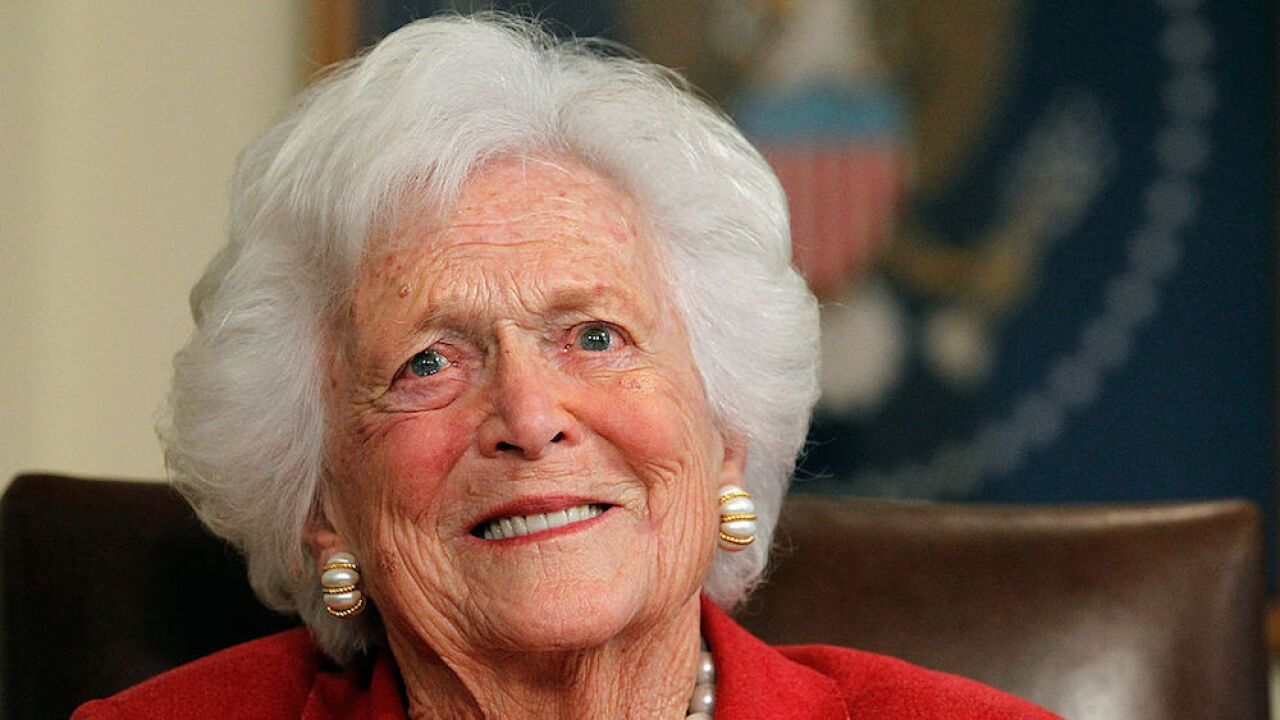 Former first lady Barbara Bush didn't consider herself a Republican after Donald Trump took office, according to a forthcoming book obtained by USA Today about the matriarch of a GOP political dynasty.

"After Trump's rise, she saw it as a party she could not continue to support, a party she no longer recognized -- even as one of her grandsons, George P. Bush, was on the ballot as a Republican running for re-election as Texas land commissioner," author Susan Page wrote in an excerpt adapted from her new book, "The Matriarch: Barbara Bush and the Making of an American Dynasty." The excerpt was published Wednesday in USA Today .

Bush had answered "yes" when asked in October 2017 whether she was a Republican, according to Page, who interviewed the former first lady in the final months of her life before she died last April .

When asked the same question by Page four months later, when Trump was in office, Bush replied: "I'd probably say no today."

Bush, according to the book, blamed Trump's attacks on her son, Jeb, for what she considered a "heart attack" during the 2016 campaign, though she was actually suffering from Chronic Obstructive Pulmonary Disease. A source close to the Bush family said the family matriarch referred to the episode as a heart attack from time to time but did not mean it literally.

On Election Day, Bush didn't vote for Trump or Hillary Clinton, but instead wrote Jeb's name on the ballot, Page writes.

The book also reveals that Bush wrote a note to Melania Trump two weeks after the election, welcoming her to the "the First Ladies very exclusive club."

"The world thought I was writing this note to Bill Clinton. I am glad that I am not," Bush wrote, according to a copy of the letter included in the USA Today excerpt.

Bush wrote to Trump when there was speculation over whether the new first lady would remain in New York or move to Washington.

"Whatever you decide to do is your business and yours alone," Bush wrote, according to the book. "Living in the White House is a joy and their only job is to make you happy. If you decide to stay in NYC that will be fine also."

Bush had also penned "a funny congratulatory letter" to send to Bill Clinton, "assuming that he would take over the role of presidential spouse," Page wrote.