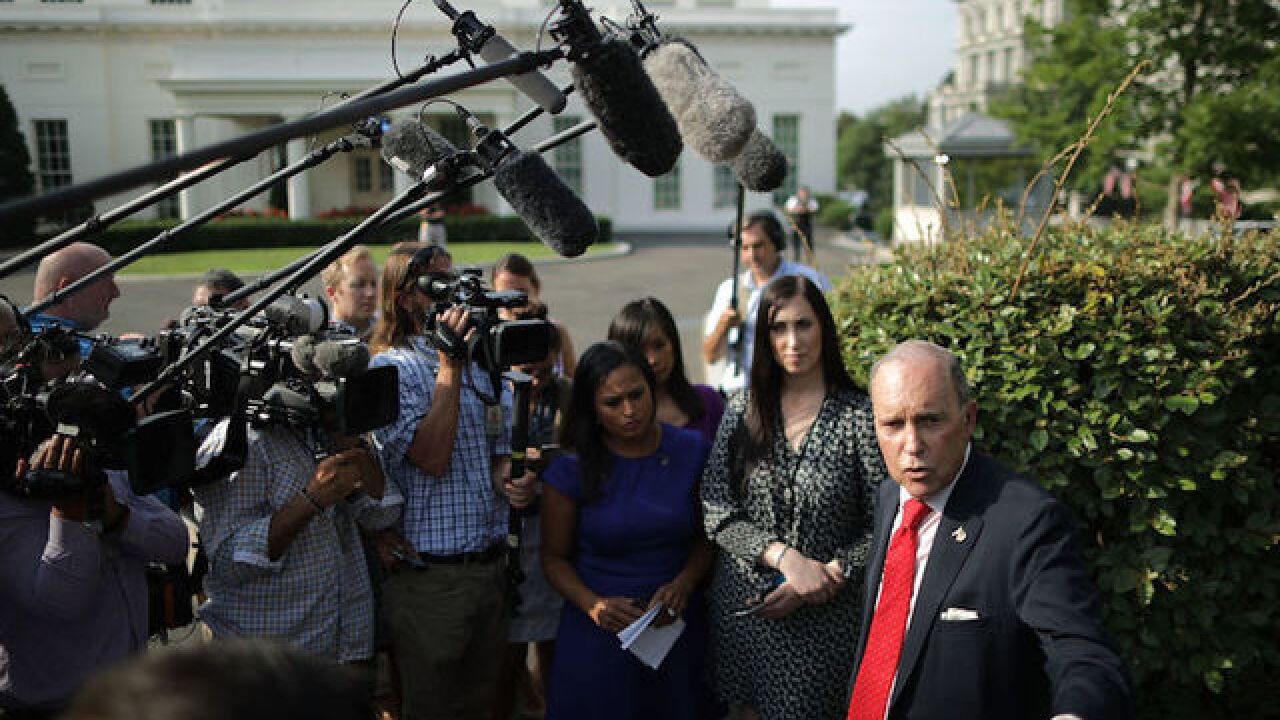 Brimelow, who is known for espousing anti-immigrant ideals and for his role in the white nationalist website VDare, attended Larry Kudlow's birthday party in Connecticut, Kudlow told The Post.

Kudlow said he'd known Brimelow "forever" but that "we would never have invited him" had he known about Brimelow's white nationalist ties, according to the paper.

Kudlow also told The Post that Brimelow's immigration beliefs are "a side of Peter that I don't know." "I totally, utterly disagree with that point of view and have my whole life. I'm a civil rights Republican," he said, according to The Post.

The Post noted that Kudlow's party took place a day after reports surfaced that Trump speechwriter Darren Beattie had left the White House following questions surrounding his attendance of a conference frequented by white nationalists.

Beattie previously confirmed to CNN's KFile that he had spoken at the 2016 H.L. Mencken Club Conference, a small annual gathering that started in 2008 and is regularly attended by well-known white nationalists such as Richard Spencer. Brimelow was also listed as a speaker at the conference. Other speakers included regular contributors to VDare.

Brimelow told CNN on Tuesday that he has known Kudlow for "nearly 40 years."

"I regard him as a personal friend. They knew my first wife, who died, and were most kind to Lydia when I remarried. We agreed to disagree on immigration long ago," Brimelow said.

The Post reports that Brimelow does not call himself a white nationalist but had told the Harvard Crimson about the website VDare: "So I don't regard us as a 'white nationalist' site although we certainly publish a few writers I would regard as 'white nationalist' in that they stand up for whites just as Zionists, Black Nationalists do for Jews, Blacks etc."

Kudlow was asked by The Washington Post how he would explain the situation to Trump, to which he replied: "Just the way I explained it now, hiding nothing."