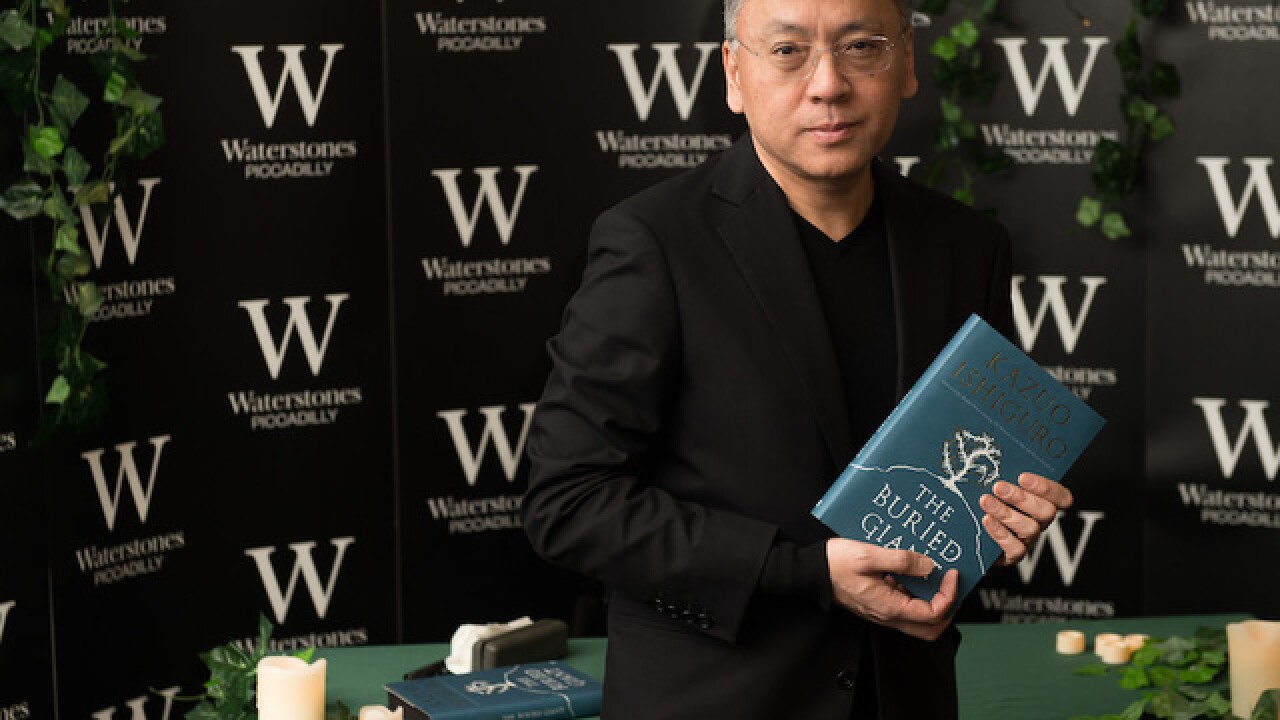 The 2017 Nobel Prize in Literature has been awarded to British writer Kazuo Ishiguro, whose best known novels include "The Remains of the Day" and "Never Let Me Go."

Announcing the award, Sara Danius, Permanent Secretary of the Swedish Academy, said he was a writer "who, in novels of great emotional force, has uncovered the abyss beneath our illusory sense of connection with the world."

Ishiguro, whose family moved to Britain from Japan when he was five years old, has written eight books, the most recent of which, "The Buried Giant," was published in 2015.

His third novel, "The Remains of the Day," published in 1989, won Ishiguro a Booker prize and world renown. In 1993, it was turned into an Academy Award-nominated film starring Anthony Hopkins as the duty-obsessed butler, Stevens.

"Never Let Me Go" is a dystopian work which introduces an undercurrent of science fiction into his oeuvre with an exploration of issues around human clones.

The 62-year-old's "writings are marked by a carefully restrained mode of expression, independent of whatever events are taking place," said the Swedish Academy's news release.

"If you mix Jane Austen and Franz Kafka, then you have Kazuo Ishiguro in a nutshell," Danius told reporters of this year's winner. "But you have to add a little bit of Marcel Proust into the mix, and then you stir but not too much, and then you have his writings.

"At the same time, he's a writer of great integrity who doesn't look to the side. He's developed an aesthetic universe all his own."

According to the Nobel Twitter feed, the themes with which Ishiguro is most associated are "memory, time, and self-delusion."

"He is someone who is very interested in understanding the past but he's not a Proustian writer -- he's not out to redeem the past, he writes about what you've had to forget to survive in the first place, as an individual and as a society," said Danius.

Asked if Ishiguro was a less controversial winner than last year's literature laureate -- US singer-songwriter Bob Dylan -- Danius replied: "That's not for me to judge. We've just chosen what we think is an absolutely brilliant novelist."

Dylan did not show up to accept his prize at the awards ceremony in Stockholm, Sweden, where singer Patti Smith performed a Dylan classic in his stead.

Ishiguro is himself a fan of Dylan's work. In a 2005 interview with Britain's Guardian newspaper , Ishiguro said that while at school, he and his friends took songwriting "very, very seriously." He added: "My hero was and still is Bob Dylan."

Besides his novels, Ishiguro has written short stories and scripts for film and television.

Ishiguro's publisher, Faber & Faber, tweeted that it was "thrilled" that he had won.

The Twitter feed for The Orwell Prize, a British award for political writing, also congratulated Ishiguro on his award, saying: "I'm sure it's not one of the criteria, but 'The Remains of the Day' made me cry."

The Swedish Academy received and approved 240 proposals for this year's literature prize, resulting in 195 candidates, it said.