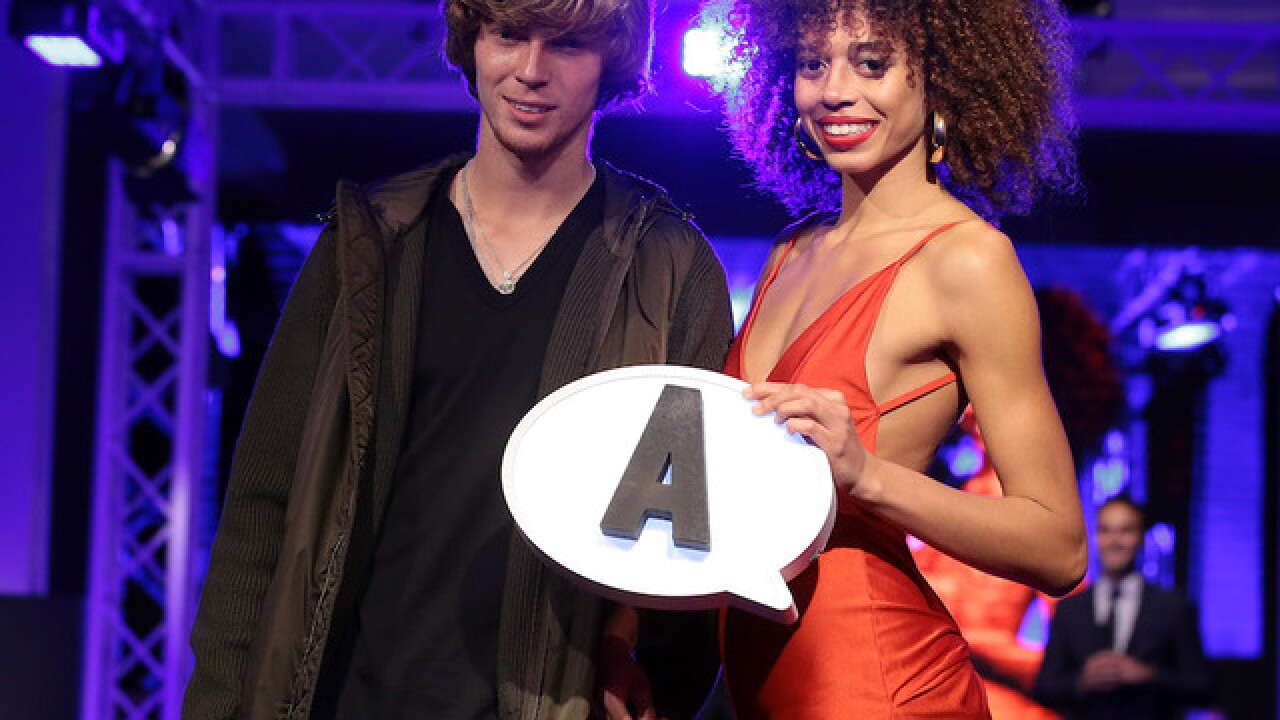 It is a ceremony which has been branded "awful" and "sexist" and criticized for taking tennis "back to zero."

Much to the dismay of many on social media, some of the sport's leading young players taking part in this week's Next Gen ATP Finals in Milan were on Sunday forced to choose a female model, who had the letter 'A' or 'B' hidden on her body, to determine the round-robin group they would play in at the tournament.

The players were then escorted down a catwalk, arm-in-arm with the model, who would reveal the letter -- which corresponded to the round-robin group -- to the audience and cameras.

Also on Twitter, tennis coach Judy Murray, who is the mum of former world No.1 Andy Murray, described the ceremony as "awful."

Writing for sport360.com, journalist Reem Abulleil, who was at the draw ceremony, wrote: "There was inappropriate dancing, gloves that were removed by a player's teeth, and many more cringe-worthy moments but I'll spare you the details.

"Most of the players looked visibly awkward, while some laughed their way through it. I personally felt deeply sad watching it all unfold."

The ceremony was sponsored by Red Bull and, in a joint statement, the drinks company and the ATP apologized for the offense which had been caused.

"The intention was to integrate Milan's rich heritage as one of the fashion capitals of the world," read the statement.

"However, our execution of the proceedings was in poor taste and unacceptable. We deeply regret this and will ensure that there is no repeat of anything like it in the future."

The inaugural Next Gen competition is an eight-man event featuring seven of the world's top Under-21 players and an Italian wild card.

The top two from each will progress to the semifinals, with the final, which takes place on November 11, determining the best young player in the world.

The winner will take home around $1.2 million in prize money.

READ: 'Go and have a baby' comments spark fury

READ: What's pinching a woman's bottom got to do with cycling?

Sports such as cycling, motorsport and boxing have often been criticized for the presence of female models in podium ceremonies and pre-fight weigh-ins.

Organizers of cycling's Vuelta a Espana replaced podium girls with "elegantly dressed" men and women for the 2017 race, following in the footsteps of the Tour Down Under and the Volta a Catalunya which ended the tradition of having women presenting prizes to the winning riders on the podium.

However, Slovakian cyclist Peter Sagan had to apologize after pinching the bottom of a hostess at the end of the Tour de Flanders in 2013.

Last year British cycling was embroiled in a sexism row after track cyclist Jess Varnish said the sport's chiefs had told her she was "too old" and that she should "go and have a baby" after she was dropped from the Olympic squad.