'Star Wars: The Last Jedi' has second-biggest opening ever in North America

Globally, film has made $450M since Wednesday 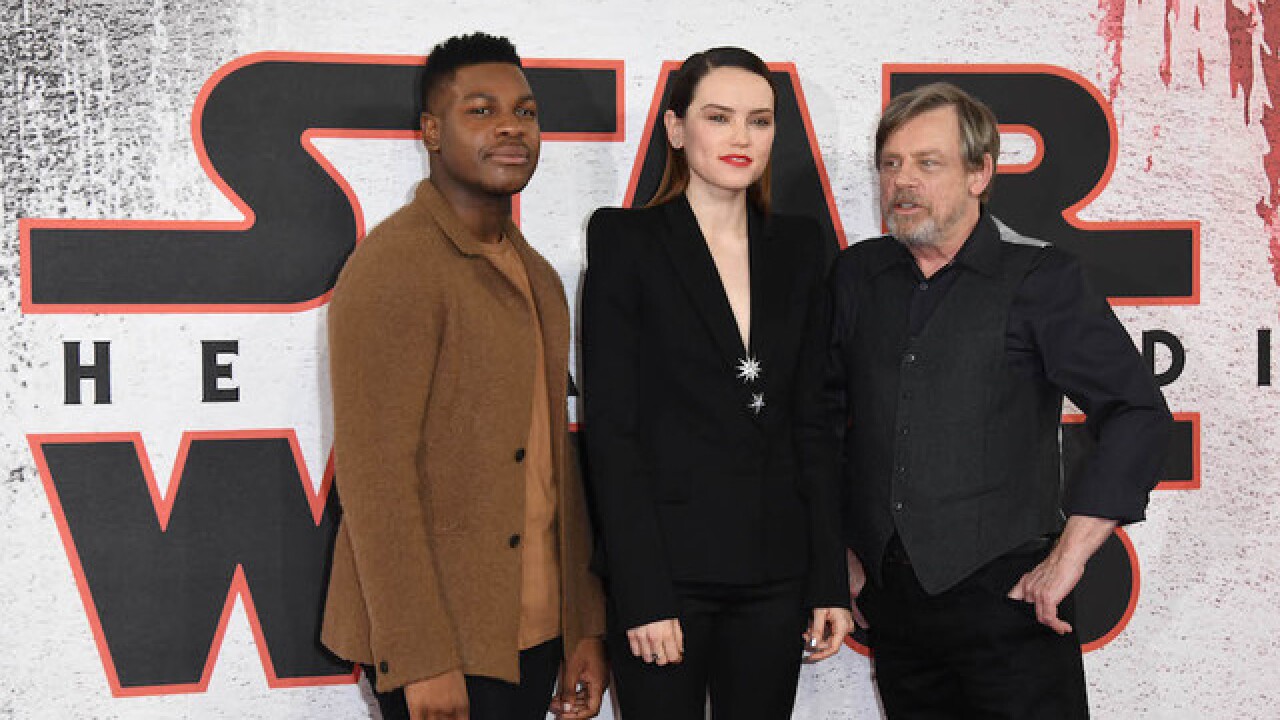 "Star Wars: The Last Jedi" was a box office force this weekend.

"The Last Jedi," the eighth installment in the "Star Wars" saga, premiered this weekend to the second-biggest opening ever in North America. It brought in an estimated $220 million, according to Disney.

It was the biggest film premiere in 2017.

The Disney film's opening is second only to its predecessor, "Star Wars: The Force Awakens," which opened to $248 million in December 2015.

The film has made $450 million around the world since opening overseas Wednesday. Those numbers are eye-popping because the film hasn't opened yet in China, the world's second-biggest film market. It will premiere there on January 5.

"There was once a time when sequels were considered the inferior offspring of great original movie concepts as a cash grab aimed at exploiting every last dollar. This is not true with the latest 'Star Wars' film," said Paul Dergarabedian, senior media analyst at comScore.

The film was a big hit with critics as well. The film holds a 93% score on the review site Rotten Tomatoes, which is the same score as "Force Awakens." It's now one of the best-reviewed films in the series and of the year.

Disney bought the franchise for $4 billion in 2012 and has seen huge success since then. "The Force Awakens" made more than $2 billion at the worldwide box office. The brand's first spinoff, "Rogue One: A Star Wars Story," made more than $1 billion globally last year.

"For a sequel like 'The Last Jedi' to generate this level of box office shows that the power of quality filmmaking outweighs all other considerations," Dergarabedian said. "It also proves the importance of having a spectacular lead in with 'The Force Awakens' two years ago and 'Rogue One' last year."

The film, which opened in more than 4,200 theaters, starred Daisy Ridley as Rey, Mark Hamill as Luke Skywalker and Carrie Fisher as Leia Organa. Fisher filmed her scenes before she died unexpectedly last December.

Roughly 58% of the "The Last Jedi" domestic audience this weekend was male, and 62% of the audience was over the age of 25, according to data shared by the studio.

The big opening for "Last Jedi" ends a big week for Disney. The media and entertainment company made a massive deal on Thursday that saw the House of Mouse buy most of 21st Century Fox for $52.4 billion.

So now what's next for Disney? More "Star Wars."

The company has a prequel film, "Solo: A Star Wars Story," based on a young Han Solo that will open in May. The sequel to "Last Jedi," "Star Wars: Episode IX," will open in December 2019.