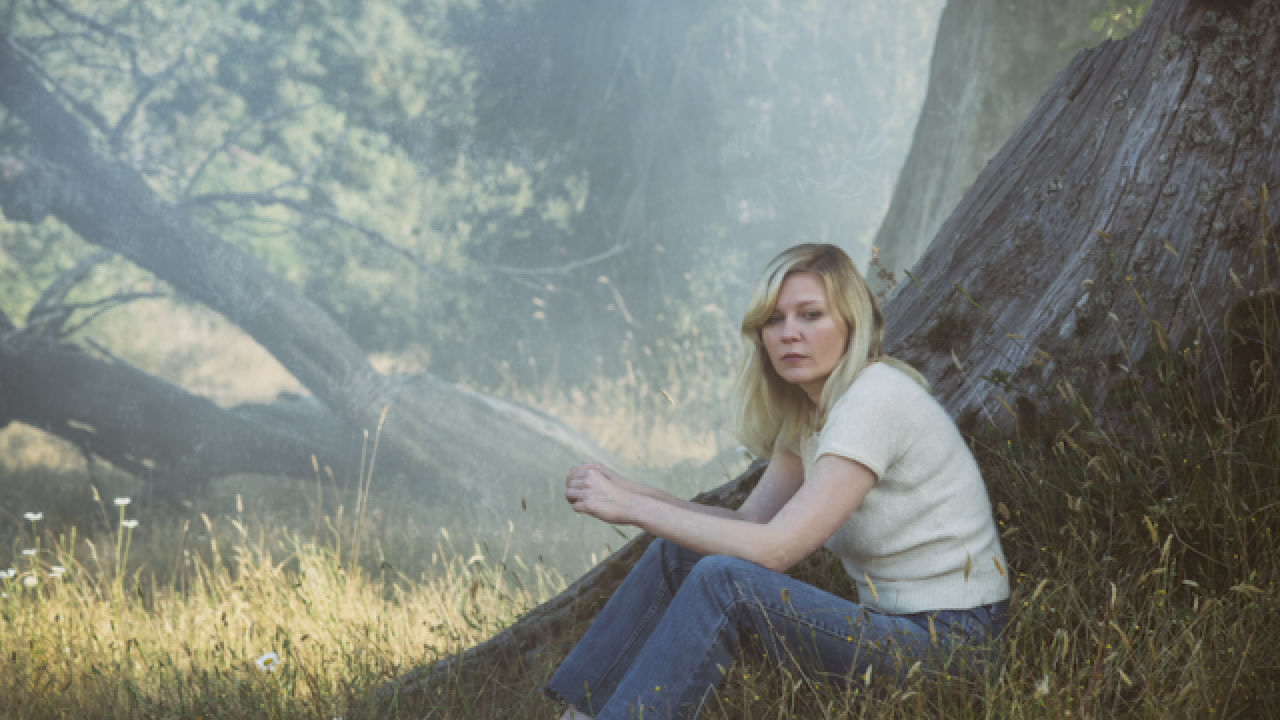 I’m not too proud to admit when I’ve missed the point of a piece of art. “Woodshock” would fall into that category.

This indie drama, written and directed by Kate & Laura Mulleavy, a pair of fashion-designer sisters who’ve taken their first stab at filmmaking, has the look of an art-house favorite and some of the elements of an intriguing character study but in the end, it didn't leave me feeling much of anything.

The movie follows Theresa (Kirsten Dunst), a profoundly sad woman who works in a marijuana dispensary and has a passionless relationship with her laconic boyfriend Nick (Joe Cole of “Peaky Blinders”). After assisting in her ailing mother’s suicide, Theresa decides to partake in some of the drugs that helped ease her mother into death. We watch as her sanity apparently slips away, leaving her in a foggy state of hallucinations and bad decisions.

The audience drifts along with Theresa, seeing things from her unreliable perspective. Most of the time, we aren't sure what’s real and what’s happening in her dreams.

“Woodshock” is essentially a series of bummers that remain depressing whether or not they are actually happening in Theresa’s real life. We’re watching a young woman who’s gone through a terrible loss that has possibly left her suicidal but who gets little emotional support from her lover, leaving her to self-medicate with copious amounts of weed.

It’s a pretty depressing movie that’s dominated by sickness — both mental and physical.

Dunst is fantastic in this role, bringing as much depth and life to Theresa as is allowed by the minimal writing of this film. She carries the entire movie, appearing in nearly every frame and saying as much with her body language as she does her mouth.

There’s not much room for emotion in “Woodshock” as its tone is understated and its dialogue is light but Dunst did make me feel for Theresa and brought a level of barely hidden pain to the role that made me want to know more about the character. I think more time spent with her before her mother’s death would have gone a long way in helping us understand the way this loss has changed her.

Dunst, an actor I never paid much attention to in the early part of her career, has been consistently turning in wonderful work in the past few years. Her run since 2015, including FX’s “Fargo” and cinema gems like “Midnight Special” and Hidden Figures” have made her’s a name I now look forward to seeing in the credits.

As expected from two directors who are fashion designers, the costumes in “Woodshock” are one of the film’s highlights. Theresa’s wardrobe is West Coast cool — the kind of stuff that makes you wonder if the movie is actually set in the 1970s. And her co-worker Keith (Pilou Asbæk, Euron Greyjoy from “Game of Thrones”) is immaculately dressed, wearing fitted collared shirts even when he’s hanging in a dive bar kicking a jukebox because it ate his quarters.

I liked the acting and the look of “Woodshock” but ultimately, it  was bogged down by its grim tone and by taking itself so seriously. I’m not sure exactly what the Mulleavy sisters were trying to tell me — but maybe I just couldn't see the forest through the cannabis leaves.