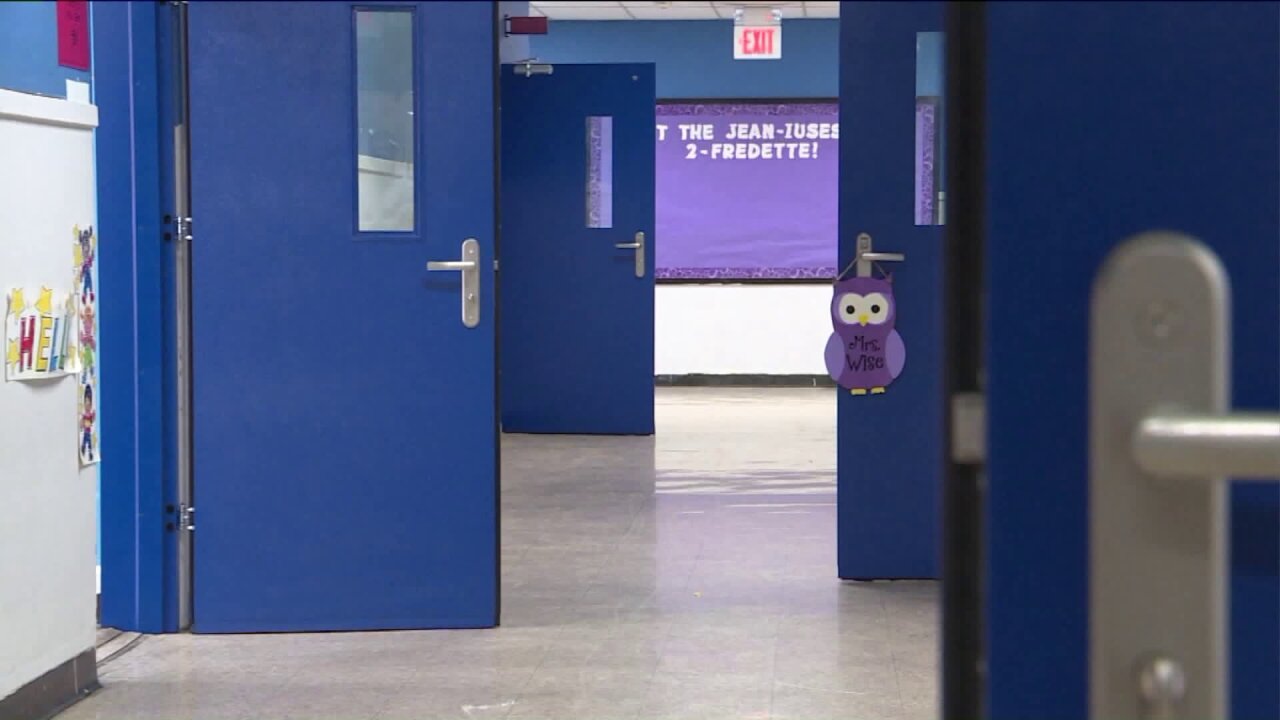 In the wake of mass shootings across the country, New York City area schools are starting to install bullet-resistant doors in classrooms.

A yeshiva in Crown Heights was the first school in New York City to install these doors earlier this month, but before them, a school in New Jersey got the jump when the doors' manufacturer started thinking critically about his own kids' safety.


"I took it more of a personal thing to, you know, find a solution," said Omer Barnes, CEO of Remo Security Doors.

The 150-pound steel doors are manufactured in Israel, where Barnes grew up.

His kids go to school in Harrington Park, N.J. where the district invested thousands-of-dollars to put over 50-doors, including one in every classroom.

"God forbid, a shooting event," he said, "someone tries to break the glass to unlock the door, it's impossible. You cannot do it."

With a turn of the lock, 12 steel bars are engaged. Bullet-resistant glass and solid steel block any threat from the outside.

Bnos Menachem on East New York Avenue was able to get funding from a grant through the Department of Homeland Security.

With shootings consistently in the headlines, security is what keeps administrators up at night.

"It becomes a point, as a school leader that we have to make sure our facilities are as safe as they can be," said Harrington Park Superintendent Adam Fried.

From smartphone apps that can summon police with the touch of a button if an active shooter storms a school campus; to security cameras and this hot button topic of whether or not armed guards should be hired to keep classrooms safe.

"We're starting to add more militarization into our schools and at the end of the day, schools are for learning," said Fried, who feels bringing guns into the building as protection is not what is best for Harrington Park.

"We are all looking for solutions to keep our family members safe," he said.

Harrington Park Schools will next be looking into putting these doors on all exterior points of entry. Neighboring districts have taken notice, including Tenafly, which has placed an order for these doors.