17 feet long and 140 pounds: Check out this record-breaking python captured in Florida 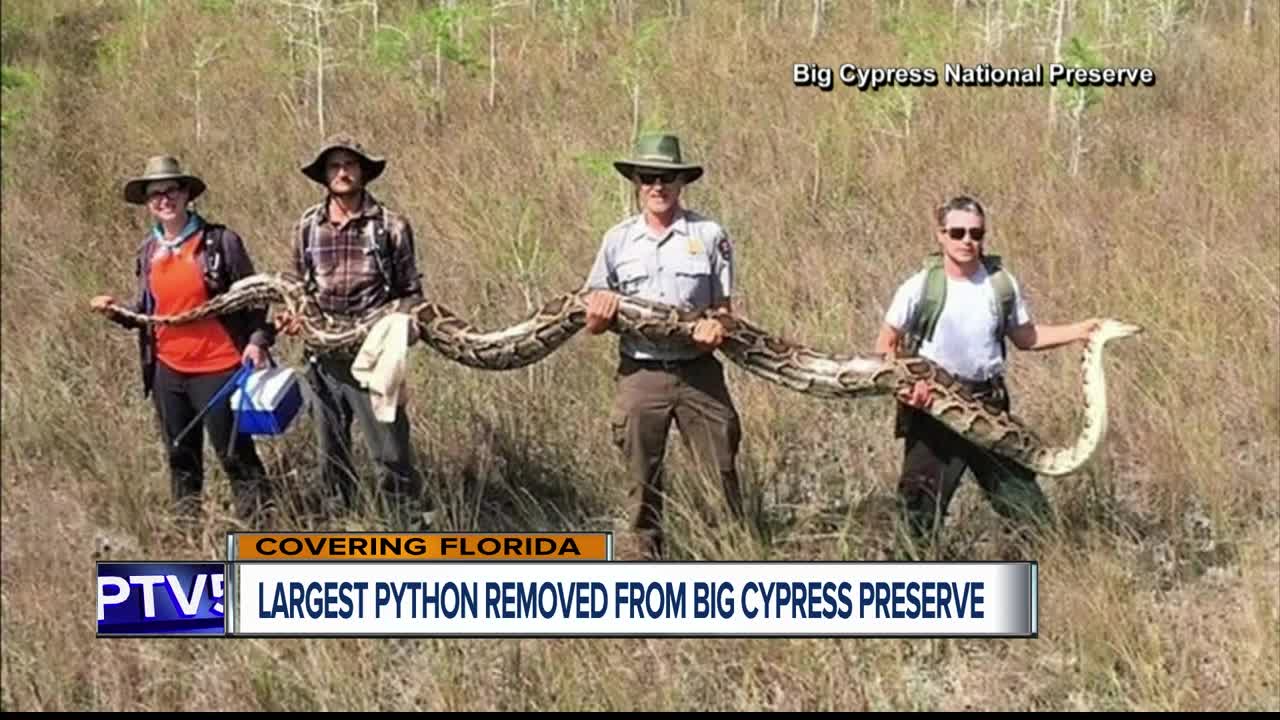 Python hunters continue to remove the invasive snakes from South Florida, and they seem to be getting bigger. 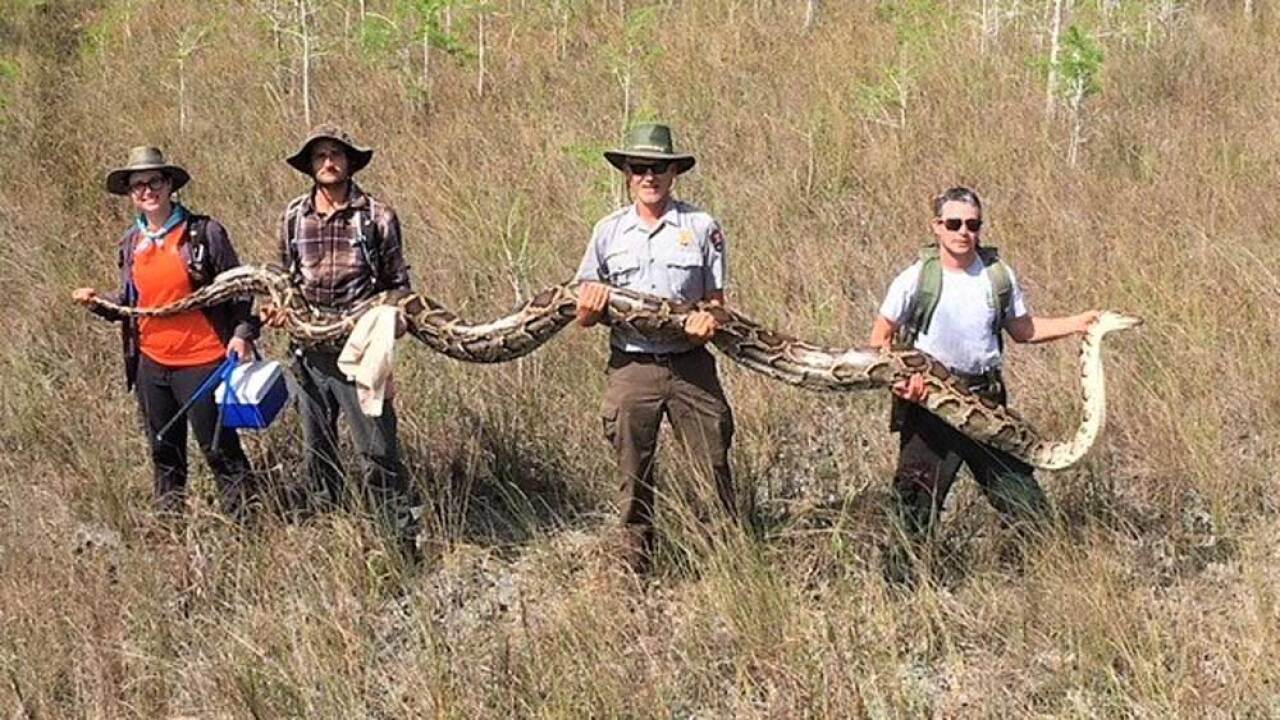 WEST PALM BEACH, Florida — Python hunters continue to remove invasive snakes from Florida, and they seem to be getting bigger.

The Big Cypress National Preserve in Ochopee, Florida, posted on its Facebook page Friday, April 5, that hunters caught a female snake more than 17 feet long, and it weighed 140 pounds.

Officials said this is the largest python ever removed from Big Cypress National Preserve and that it was caught using radio transmitters. The picture posted on Facebook shows it took four people to hold up the behemoth.

Using male pythons with transmitters, it allows the hunters to track the male to find the breeding females.

In this instance, it led the hunters to a record-breaking snake.

Big Cypress says its team is not only removing the invasive snakes, but collecting research data, developing new removal tools and learning how the pythons are using the Preserve.

The Facebook post said hunters have been able to locate and remove several breeding female pythons in the past few months.

Last month, the battle against the invasive Burmese python in the Everglades reached a major milestone with the removal of the 2,000th python.