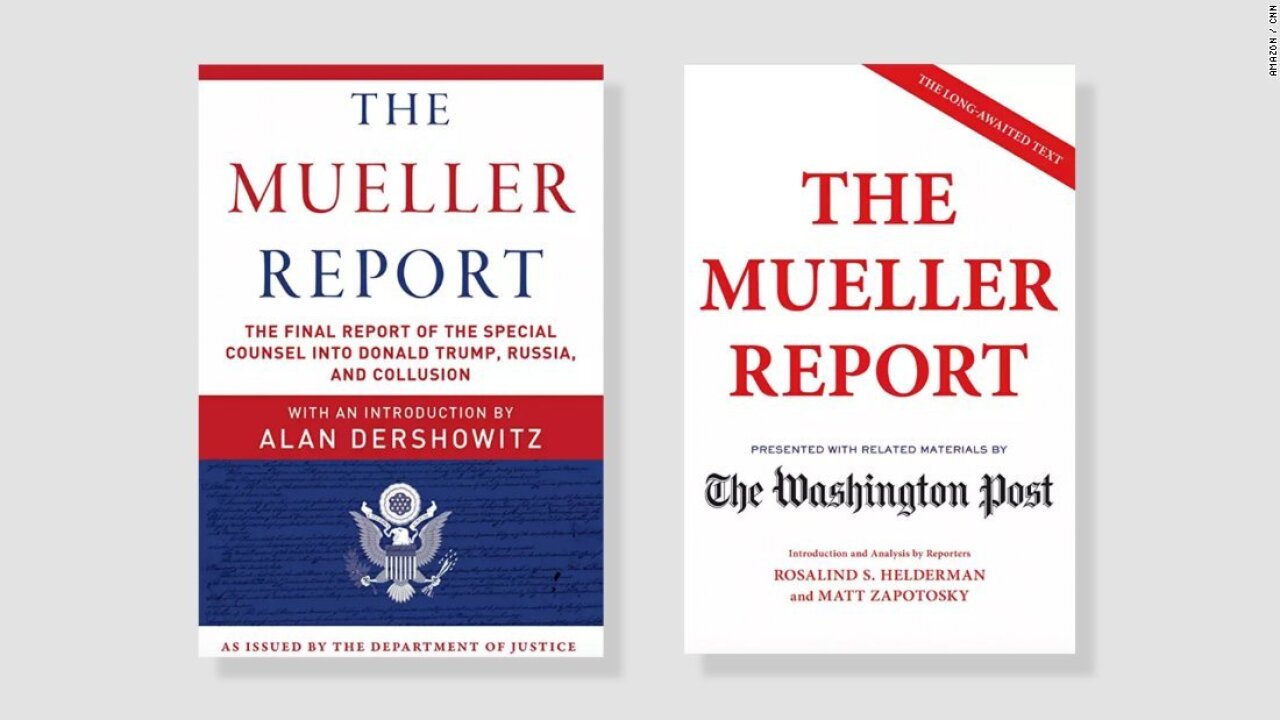 Three versions of "The Mueller Report" soared to the top of Amazon and Barnes & Noble's best-selling book charts in the 24 hours after a redacted version of Robert Mueller's findings were released on the web.

Several different publishers are rushing competing versions of the report out to bookshelves. They're betting that some people will want a copy of the two-volume report for history — and the Amazon rankings suggest that they're right.

Skyhorse's version of "The Mueller Report," which advertises an introduction by Harvard Law professor Alan Dershowitz on the cover, has consistently led the sales pack. On Thursday night it was No. 3 on Amazon's constantly-updated chart; on Friday morning it hit No. 1.

The Washington Post's version of the report, which is being published by Scribner, is close behind at No. 2 on Amazon.

Scribner's version is promoted as "the only book with exclusive analysis by the Pulitzer Prize--winning staff of The Washington Post, and the most complete and authoritative available."

A third version, from Melville House, has also been moving up the Amazon chart. It was ranked No. 42 on Thursday night and No. 13 on Friday morning.

Melville's hook is an "as is" version of the 448-page report, with no additional analysis.

"It's supposed to be a non-partisan document, and readers should be given the respect of experiencing it without someone digesting it for them," Melville publisher Dennis Johnson said in a statement when the plans were announced.

All three publishers are now working to get the copies to bookstores as soon as possible.

Scribner says April 30 is the "expected publication date" for the Post's version of the report. The e-book version was published on Friday.

Several sites, including Barnes & Noble, are also offering free e-book versions. These are glorified versions of the PDF file that was released by the Justice Department on Thursday morning.

The pre-order pages for various editions of "The Mueller Report" inspired lots of jokes on social media earlier this year, before the release date for the raw report was known. [do we need this line? If so, can we say why people mocked it?]

The scheduled release dates for the print editions came and went.

But "there's a solid history of such books -- the Starr Report and the 9/11 Commission Report were bestsellers; the latter was a National Book Award Finalist," said Robin Lenz, the managing editor of Shelf Awareness, a daily digest about the book business.