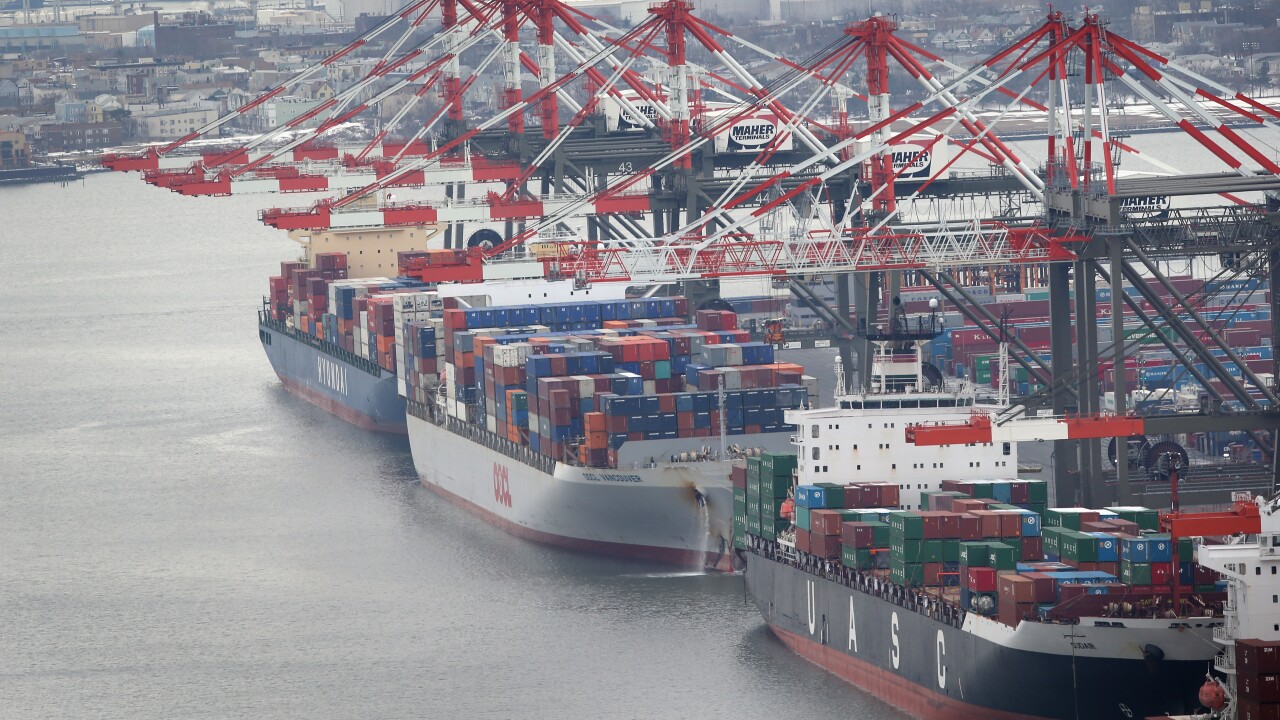 Duffel bags containing bricks of cocaine were found in a shipping container aboard a ship moving through a U.S. port on Tuesday, March 19.

The street value of the white powdery substance traveling through the Port of Philadelphia is $18 million. It was discovered on the MSC Desiree, which was headed to Europe from Columbia.

The seizure follows one that happened last week in which $77 million worth of cocaine was found hidden behind boxes of dried fruit in a shipping container passing through the Port of New York and New Jersey.

In both cases, federal agents noticed potential tampering of the shipping containers, and that led them to do further inspection.

Other recent seizures:
• On March 7, investigators found 614 pounds of marijuana moving through the Port of Philadelphia. It was hidden in a shipping container from Puerto Rico and addressed to a place in New Jersey. The drugs were valued at $2.5 million.
• $1.29 billion worth of meth was seized at a Los Angeles/Long Beach port in mid-January. The shipment was in three containers carrying speakers that were stuffed with the drugs. They also contained cocaine and heroin. The intended destination of the drugs was not announced.
• 221 pounds of cocaine in two shipments at Port Hueneme in California was seized in January. The drugs were coming from Guatemala and Ecuador in South America and were discovered under the floorboards of the ship. The intended destination of the drugs was not announced.

While drugs trafficking through U.S. ports is obviously a major problem, it is not the only illegal export moving in large quantities on international and local waterways for which authorities must be vigilant. Earlier this month, the feds at the Newark port of entry seized 1 million pounds of pork allegedly being smuggled from China.

It is the largest agricultural bust in U.S. history and occurred at the busiest port of entry on the U.S. East Coast.