A cat named Barley went missing in Florida more than 8 years ago. She's been found in Ohio 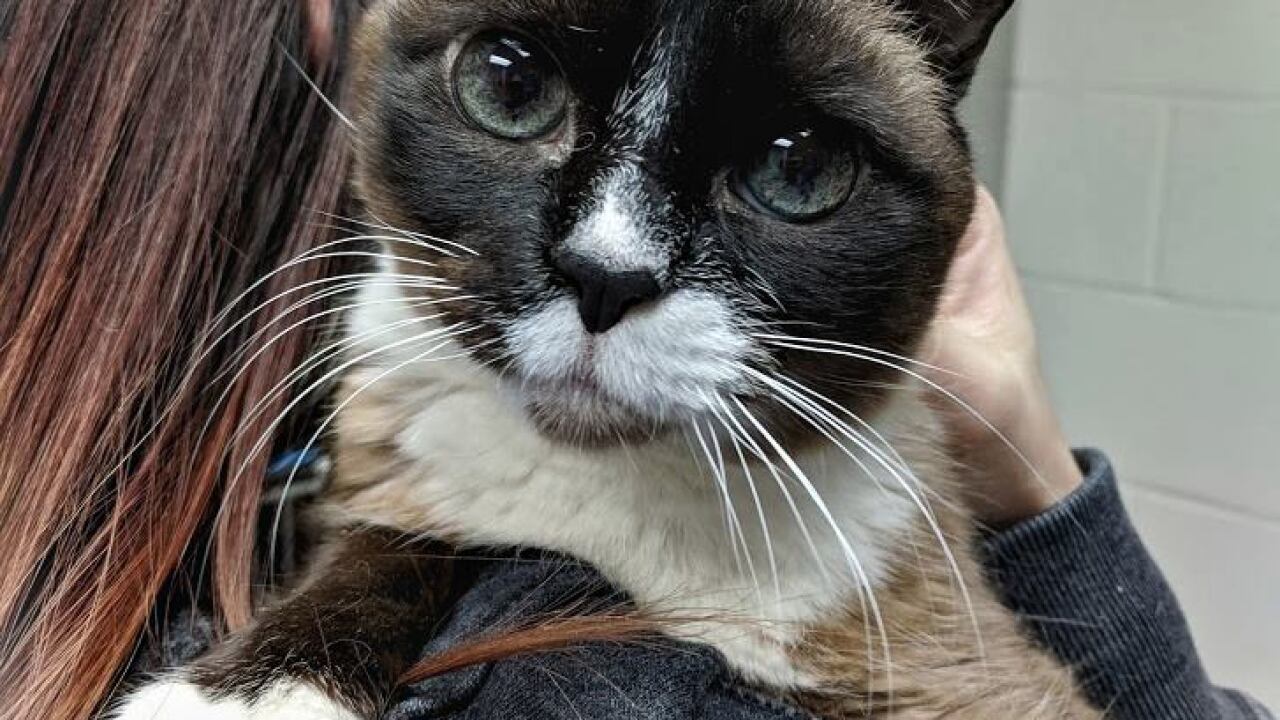 CLEVELAND — A Florida cat who has been missing for eight years was found in Ohio.

Barley was found by her family 10 years ago as a six-week-old kitten in a dumpster in Tampa Bay, according to a Facebook post by Angels for Animals, the Canfield, Ohio, animal shelter that identified the cat.

Two years after her family found her, they moved to another home. During the move, Barley and her cat big brother Spike got outside and were never seen again.

Barley traveled 1,100 miles to Canfield over eight years. She was brought in to Angels for Animals as a stray cat last week, and the staff discovered she was micro-chipped. On Wednesday, the shelter was able to get in touch with her owners in Florida. The shelter is now working with the family to figure out how to get Barley back to Florida.

Barley's reunion with her family is sure to be purrfect.