A new migrant caravan is forming, and the Trump administration is watching 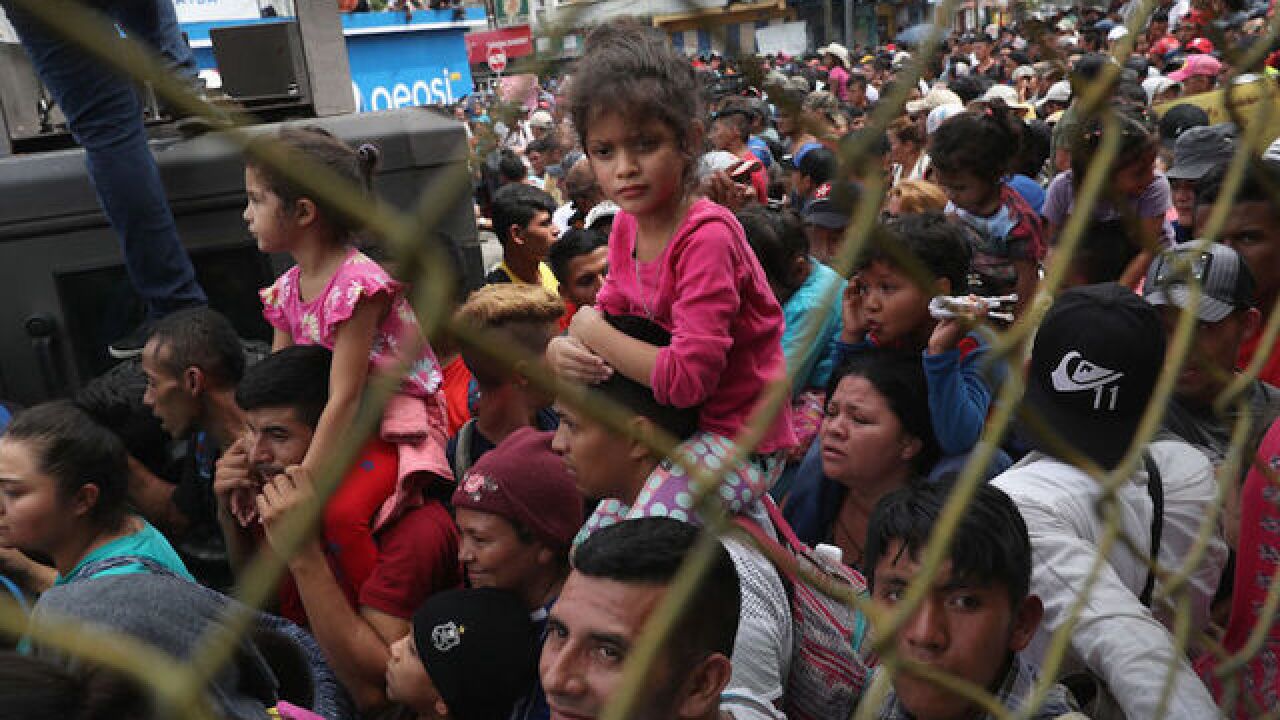 Image copyright 2018 Getty Images. All rights reserved. This material may not be published, broadcast, rewritten, or redistributed.
John Moore
<p>Members of the migrant caravan push forward at a gate separating Guatemala from Mexico on October 19, 2018 in Ciudad Tecun Uman, Guatemala. </p>

Another migrant caravan bound for the U.S.-Mexico border is forming in Central America, and federal officials in the United States are keeping their eyes on it, an official with the Department of Homeland Security told CNN on Tuesday.

More than 500 people are using four groups in the mobile messaging service WhatsApp to organize a caravan that matches the description of the one the Trump administration is monitoring, CNN has learned.

A new caravan would follow a convoy of more than 7,000 people now transiting Mexico, en route from Honduras to the United States. That caravan has drawn the ire of President Donald Trump, who has blamed Democrats, without evidence, for pushing for overrun borders in an apparent fear campaign aimed at boosting turnout in the November 6 midterm elections.

Scenes from the 2,000-mile journey thousands are making to get to the U.S. border

One WhatsApp group's organizer did not want to be identified by name because of potential security risks and reprisals, telling CNN there's a lot of misinformation about the effort on local Salvadoran news.

U.S.-bound migrant caravans are not uncommon, as Central Americans desperate to escape violence and poverty band together for safety on the road. Some advocates also use the mass movements to help draw attention to political causes.

'Don't be afraid,' one user posts

People interested in the next caravan seem energetic and optimistic in their discussions on WhatsApp.

The description section in one messaging group reads, "What should I have to wear?" It suggests light luggage with two pairs of comfortable pants, three shirts, three pairs of tennis shoes, a sweater, medicine and, if possible, money, it states.

It also advises people to bring official documents: for adults, a national ID card, and for minors, a passport and birth certificate.

"Don't be afraid," an unidentified person that sent around an extended packing list told one group. "These caravans are being monitored by the entire world. Once you reach the U.S.-Mexico border, if you don't force your way through no one will hurt you. Only God knows what will happen though."