Airlines will raise fares this summer. Here's why 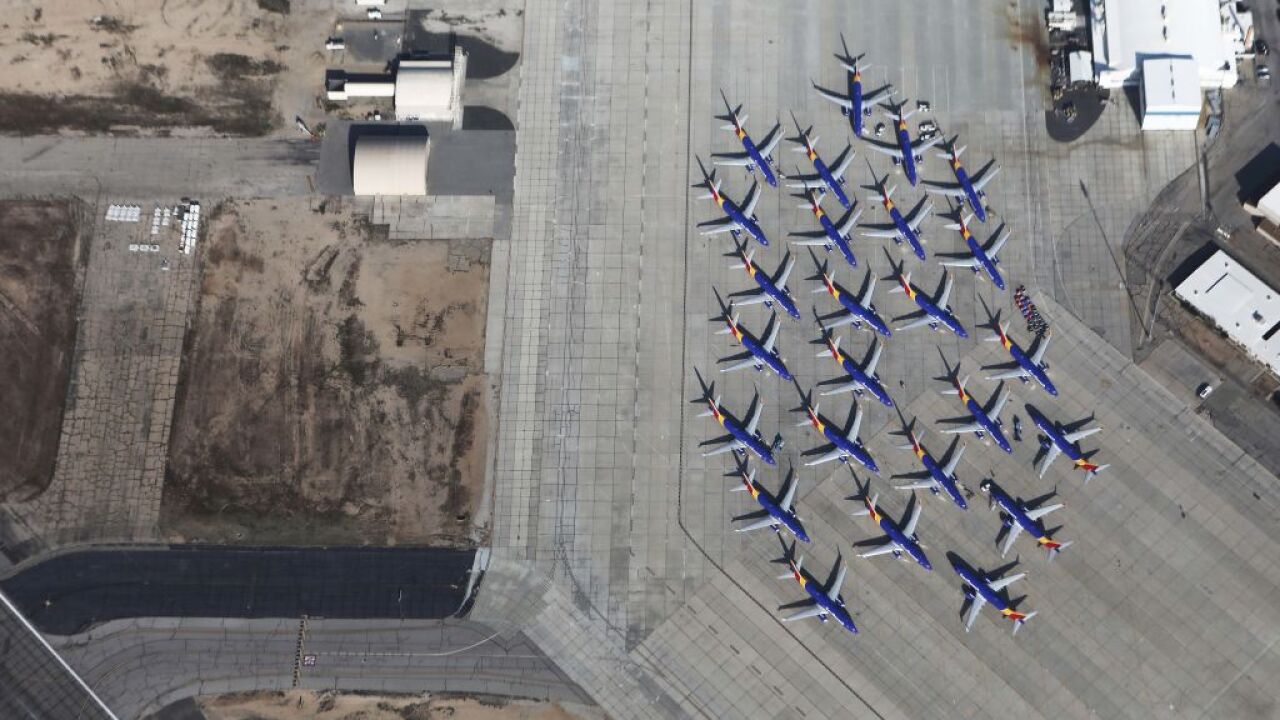 Airfares are almost certain go up this summer. Troubles with the Boeing 737 Max are part of the reason.

The grounding of the Boeing 737 Max jet took 371 planes out of service worldwide for an indefinite period of time. Boeing also halted deliveries of new jets that could have been in service by the time the peak summer season arrived. Discount European carrier Ryanair had been awaiting its first 737 Max when deliveries were halted.

Among 737 Max's largest customers are discount airlines, like Southwest in the United States and Norwegian Air in Europe. Those carriers put pressure on fares, forcing other airlines to offer more seats at lower prices to compete for leisure travelers. Fewer flights by discount carriers mean less competition for other carriers, and less incentive to offer lower-priced seats on their planes.

"I think it certainly has the ability to pressure fares higher as we get into the busy summer months," said Helane Becker, airline analyst for Cowen.

Uncertainty over when the Boeing 737 Max will be back in service has led airlines to cancel hundreds of flights a day all the way into August. Southwest canceled flights through August late last week, and American Airlines, the world's largest carrier, did the same on Sunday. United Airlines, the third US airline with a version of the 737 Max in its fleet, has canceled flights through early July.

United on Tuesday trimmed its estimate for how much its capacity will grow this year. It expects to grow by up to 5% growth, down from its earlier forecast of 6%. It also said it expects sales from passenger fares to be up 2.5% in the April through June period.

Summer is the peak travel season for airlines. They put as many planes in service as they can, which means fewer extra planes will be available to fill in for the missing 737 Max jets.

"All the airlines have some extra planes at any period of time. But in the summer the system is strained more tightly," said Philip Baggaley, the lead credit analyst for transportation companies for Standard & Poor's.

The 737 Max problems aren't the only reason fares will be higher this summer. A strong US economy, with near record low unemployment has increased demand for travel. And higher jet fuel prices limit routes that airlines are willing to fly.

"It's tough to disentangle the impact of the 737 Max from the other factors," said Baggaley.

When jet fuel is lower, airlines will add flights on routes where they might not otherwise be profitable, which adds to passenger choices and can push down fares. The opposite happens when fuel prices are higher. Fuel prices are about 20% above where they were a year ago, and prices are expected to climb higher in the next three months.

Europe doesn't have as strong an economy as the United States, but a number of budget airlines have gone out of business in the last six months, including Wow Air, Primera Air and FlyBMI. That means less fare competition, allowing fares at other carriers to rise.

All of Boeing's Max planes were grounded worldwide last month after a 737 Max jet flown by Ethiopian Airlines pilots crashed in that country, killing everyone aboard. It was the second fatal crash involving a Max in recent months. A Lion Air flight crashed in October.

Investigators believe the crashes are tied to an automatic safety feature of the new jet that forced its nose down.

It's unclear when Boeing will get approval for a software fix meant to address the problem.