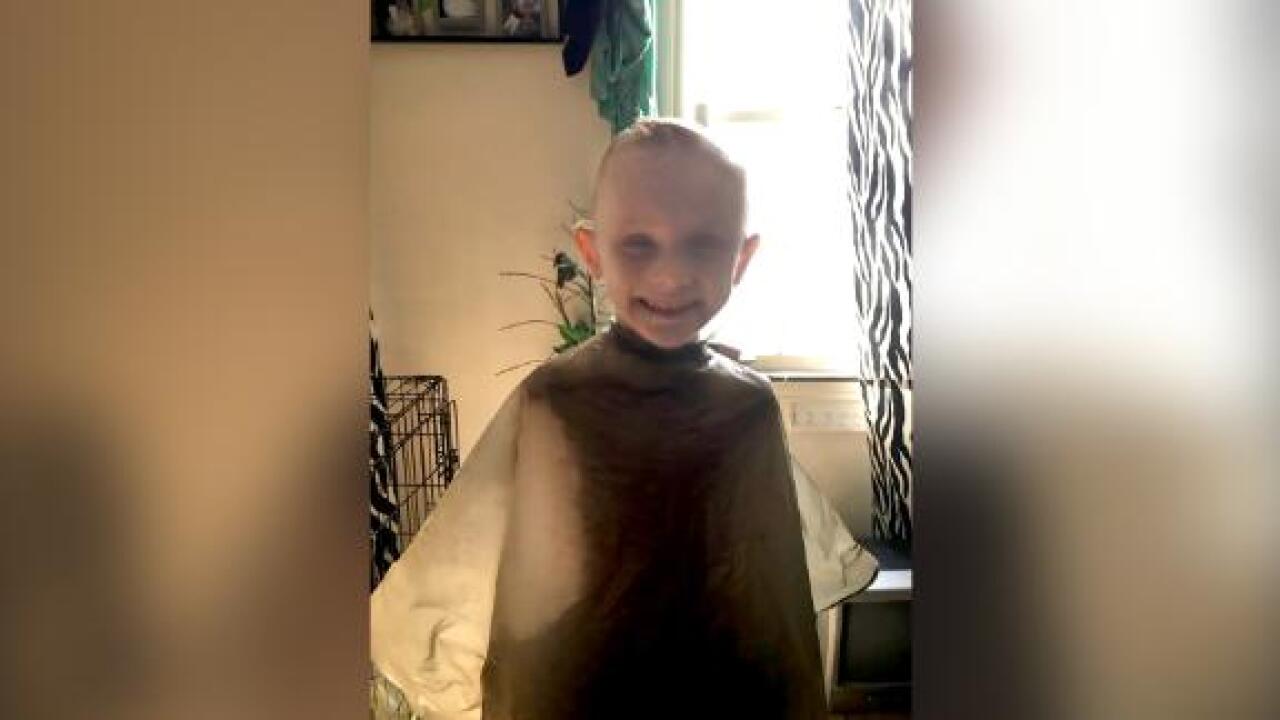 The night AJ Freund died, his mother went online at 3:17 a.m. using his father's cell phone and did a search for child CPR, authorities said.

The 5-year-old had been forced to take a cold shower in their Illinois home after he soiled his clothes that night, and had gone to bed wet and naked before his parents found him dead, authorities said.

Court documents filed by a detective seeking a warrant paint a grim picture of his final days. The detective said the boy likely died the night of April 15 -- but wasn't reported missing until three days later.

During that time, his father told investigators, Andrew Freund Sr. stashed AJ's body in a tote and stored it in the basement. Then he put it in the back of his truck and buried it in an empty lot, court documents allege.

AJ's body was found April 24 in a shallow grave covered with straw in Woodstock, about 10 miles from the family's home in Crystal Lake. His parents, JoAnn Cunningham and Freund Sr., have been charged with murder.

He was allegedly abused until the day he died

The documents revealed a short life filled with trauma and neglect until the day he died. When police went to his home after he was reported missing, it was cluttered, and reeked of feces and urine.

Just weeks before he died, video shot on his mother's phone in March and found by investigators after his death showed AJ with bruises on his face and body. The two-minute cell phone video, which his mother had deleted and was found during a forensic analysis, shows the boy being berated for urinating in bed, documents show.

The video was found after Andrew Freund signed a consent form allowing the search of his cell phone after they reported AJ missing, the documents allege.

Investigators discovered text message communications that were in the father's phone but had been deleted on Cunningham's phone. They also found out AJ's mother had searched for CPR that night using Freund's cell phone, documents allege.

Crystal Lake police reached out to Apple for data belonging to Cunningham, and found the video showing a badly beaten AJ in her deleted files, along with the missing text messages and a photo of a shopping list that included duct tape, plastic gloves, air freshener and gloves.

CNN obtained the now sealed documents from its affiliate WGN . The court documents were part of a statement by a McHenry County detective in a request for a search warrant.

The court documents detailed his bruises in the video.

"AJ is seen to (be) naked except for some small bandages around both wrists and circling his hips," the document says. "AJ is seen to be holding an ice pack to his face and when he removes it he is seen to have deep red bruising around his eyes."

The video marked a turning point in the case. When investigators showed it to Freund during questioning April 24, he told them his wife caused AJ's injuries and provided his account of what happened the night the boy died.

"He believed AJ died on Monday morning after spending a prolonged time in a cold shower," the documents state. "Drew explained he wanted Joann to stop with the hard physical beatings and do some less violent form of punishment. Drew said cold showers was decided (as the alternative)."

After the confession, Freund took police to the grave in Woodstock, where they found AJ's body on a vacant lot, the court documents allege. An autopsy concluded he died of blunt force injuries.

Freund told detectives that his wife believed AJ had "oppositional defiance disorder," and was always combative and defiant.

Before police confronted him with the cell phone video evidence, Freund had maintained that his wife put AJ to bed after saying prayers that night, documents allege. The next morning, he went to a doctor's appointment at 6:30 a.m. on April 16, and when he returned home, AJ was missing.

At the doctor's office, a woman who checked him out said he asked for a receipt and said, "The lawyer in me thinks I need a paper trail."

A report by the Illinois Department of Children and Family Services revealed a long history of child welfare hotline calls with reports of a troubled homelife, squalid living conditions and drug abuse by the parents. Some of those calls predated AJ's birth.

The agency said it's reviewing its handling of cases involving AJ's family. A caseworker and supervisor have been placed on administrative duty with no casework responsibilities during the review. The agency said it will also review all cases handled by the two employees.

AJ's memorial will be held Friday.