Alligator pulled from yoga pants after traffic stop in Florida 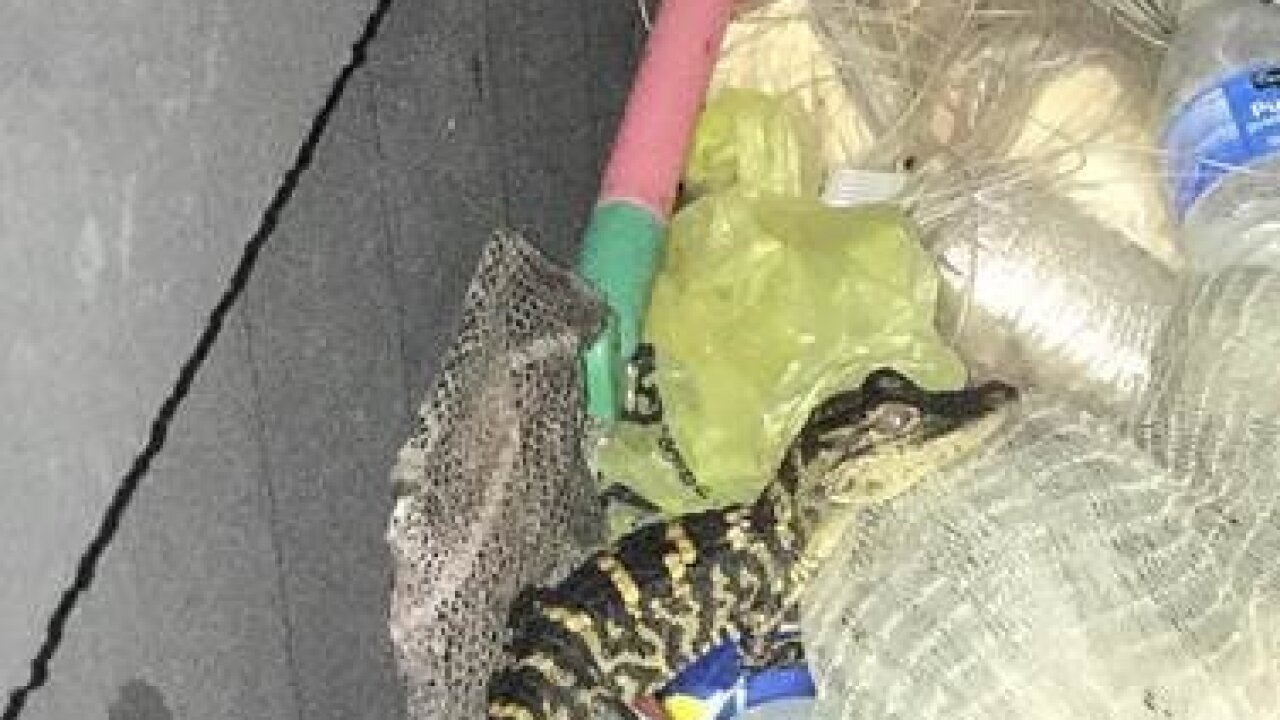 The Charlotte County Sheriffs Office made an interesting discovery after a traffic stop.

Deputies stopped a pickup truck after they observed it passing through a stop sign. Officers spoke with driver Michael Clemons, 23 and passenger Ariel Marchan Le Quire, 26 who told the deputies they were collecting frogs and snakes.

The deputy then issued a warning and asked if they would be willing to open their backpacks to ensure that they were not collecting any wildlife they were not supposed to.

Clemons and Le Quire consented. Le Quire opened a backpack that was on the passenger’s side floorboard which revealed 41 small turtles.

Le Quire was then asked if there was anything else that the deputies should know about. Le Quire then proceeded to pull an alligator out of her yoga pants. The alligator was about one foot long.

Due to the nature of the incident, Florida Fish and Wildlife Conservation assumed the investigation.

Not to be outdone by #Floridaman , a #FloridaWoman pulled this alligator out of her pants this morning during traffic stop after being asked the standard "Do you have anything else?" She also had 41 3-stripe turtles in the car. @MyFWC responded to take over the investigation. pic.twitter.com/UdZsDBvh9f