America's most popular national park is ... 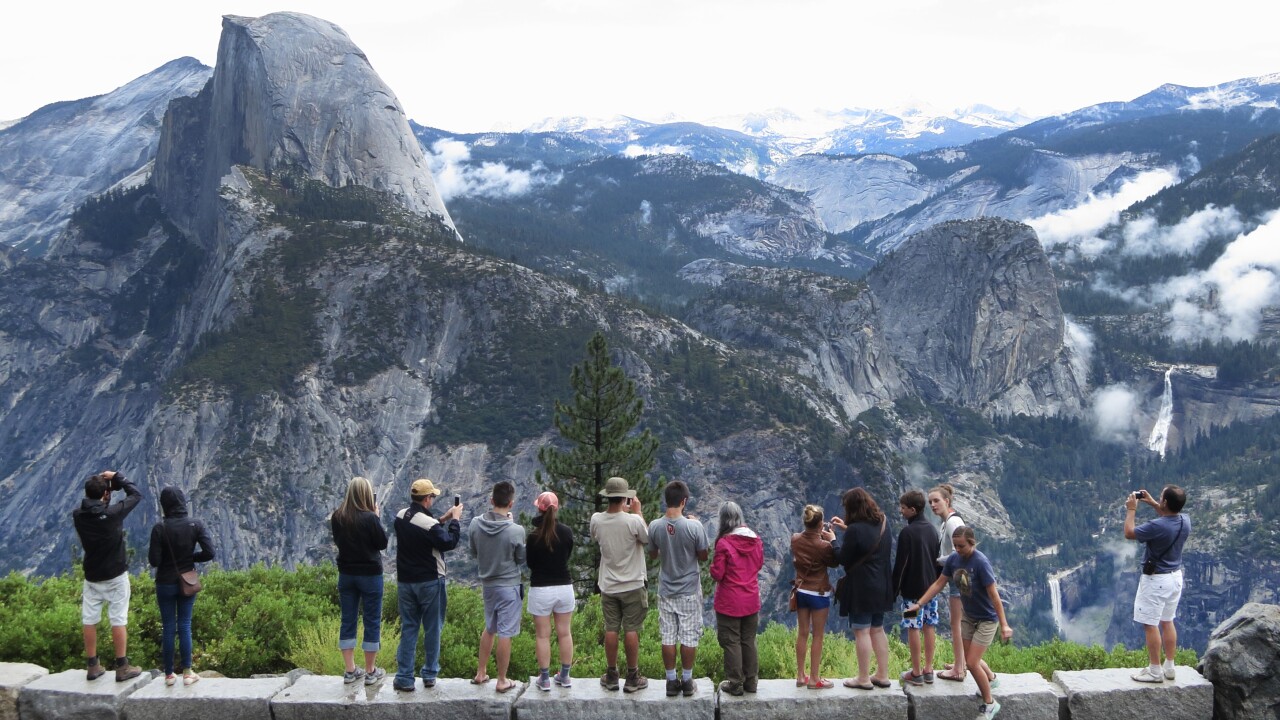 More than 318 million people visited the National Park Service sites around the United States in 2018, a nearly four percent decrease from approximately 331 million visits in 2017.

"America's national parks are national treasures that tell the story of our nation and celebrate its beauty, history and culture," said Acting Secretary of the Interior David Bernhardt in a press release.

"I am pleased that so many Americans and visitors from around the world continue to take advantage of the affordable and accessible recreational opportunities provided by these sites," said Bernhardt, whose department oversees the National Park Service.

"The visitation to our national parks continues to affirm that Americans are in love with their public lands and hold dear the stories of our nation embodied in the natural, cultural and historic landscapes we protect in the National Park System," said National Park Service Deputy Director Dan Smith, in the same release.

The National Park Service oversees 418 sites covering more than 84 million acres in all 50 states, the District of Columbia, American Samoa, Guam, Puerto Rico and the US Virgin Islands. Those 418 sites include the 61 headliner national parks as well as national recreation areas, seashores, parkways, memorials, battlefields and more.

Many visitors probably stayed away during the recent government shutdown, even though many NPS sites were open.

In some previous shutdowns, the park service had closed many of the sites due to lack of funding for staffing.

In the most recent shutdown , from December 22, 2018 to January 25, 2019, the gates mostly remained opened but often without sufficient staffing to clean bathrooms or in one case, to protect Joshua Tree's famous plant life. (In several cases, park user fees, state and local governments, non-profits and businesses helped keep NPS sites open.)

The National Park Service already faces $11.6 billion in deferred maintenance across the 418 sites, most of which do not charge an admission fee.

With more than 15.2 million visitors in 2018, Golden Gate National Recreation Area took the top spot back from the Blue Ridge Parkway, the 2017 winner, which came in second place with 14.7 million visitors last year. The two park sites have been swapping the top and second place slots since 1979, the park service said.

Great Smoky Mountains and Grand Canyon have held the top two spots since 1990.

A program started by then-President Barack Obama in 2015 to give every fourth-grader around the country a free one-year national parks pass for the student and their family has continued under the Trump Administration. The "Every Kid in a Park" program attracted more than 350,000 fourth graders in its first two years of operation.