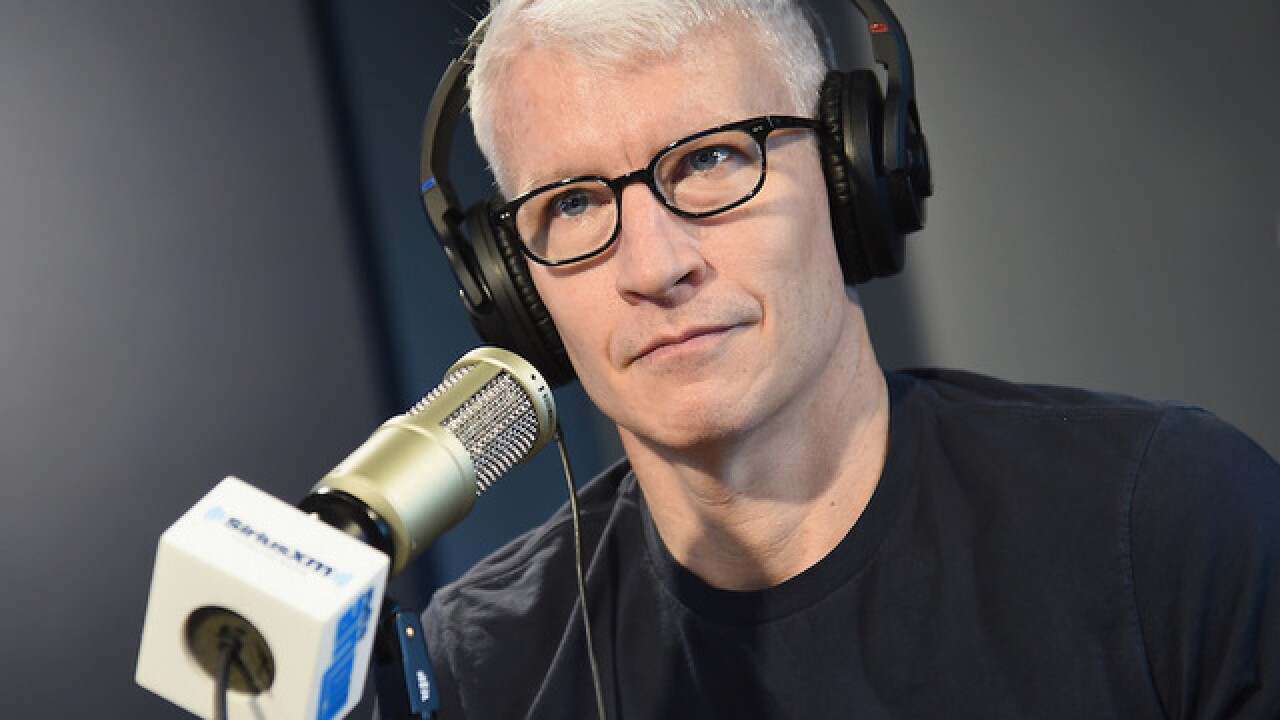 Anderson Cooper made a blooper.

The popular news anchor said he's "genuinely sorry" for a "crude" remark he made on his CNN show Friday night.

While interviewing CNN contributor Jeffrey Lord — a longtime supporter of President Donald Trump — Cooper estimated that, "If [Trump] took a dump on his desk, you would defend it." The remark came after Lord had defended Trump's insult of former FBI Director James Comey as a "nut job."

Lord didn't appear to be offended by the comment, laughing after Cooper said it.

See video of the exchange below.

"If he took a dump on his desk you would defend it." ?@andersoncooper what? ? pic.twitter.com/nD8ZfZKtVN

"I don't know what he would do that you would not defend," Cooper said to Lord next. "You're a loyal guy, I think that speaks well for you."

After the show aired, Cooper took to Twitter to apologize for what he felt was an "unprofessional" statement.

I regret the crude sentence i spoke earlier tonight and followed it up by apologizing on air. It was unprofessional. I am genuinely sorry.