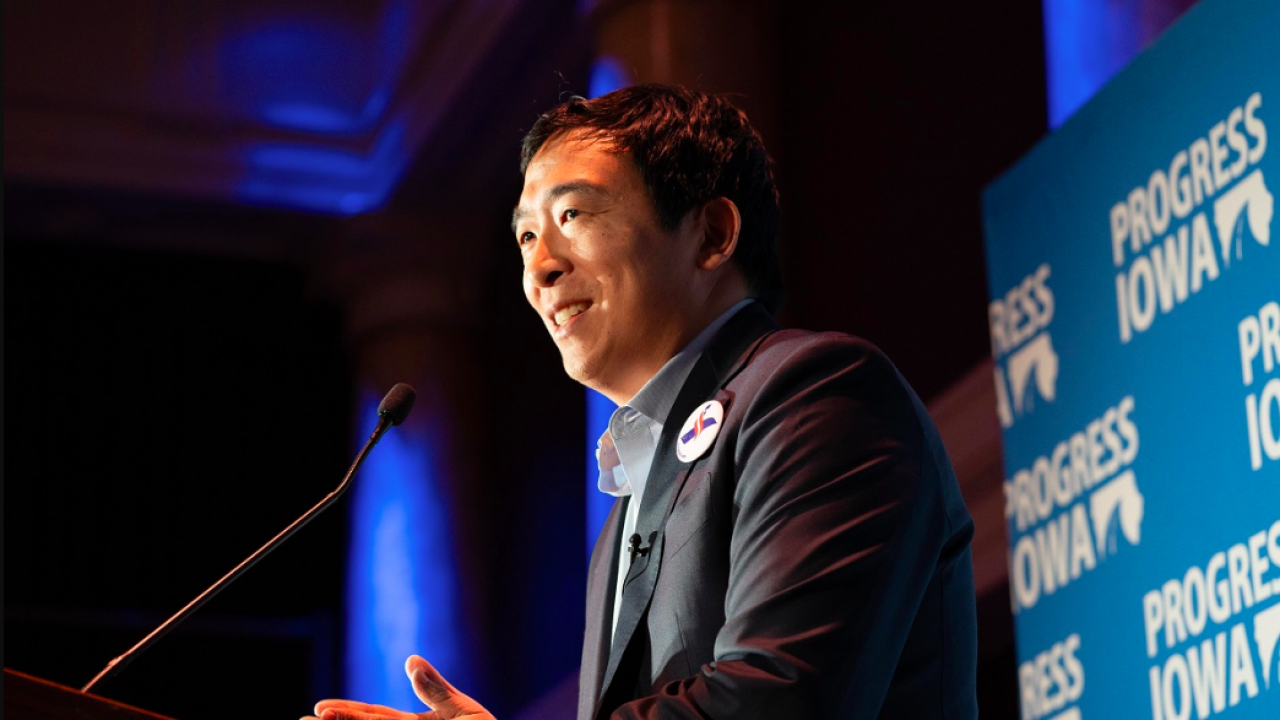 Andrew Yang announced Thursday that his presidential campaign will give 10 people $1,000 a month for a year in an expansion of his signature "universal basic income" policy platform.

Yang announced during the third Democratic presidential debate on ABC News that he will raffle off 10 "Freedom Dividends" that will be financed by campaign donations from supporters. His campaign says Yang is already personally financing the "Freedom Dividends" for three people in Iowa, New Hampshire and Florida.

The businessman has argued that a universal basic income for all Americans older than 18 would play a key role in making the modern economy more equitable.

Yang's campaign claims in a news release that the giveaway is "fully compliant with all FEC regulations" and says people can enter the raffle on Yang's campaign website.

"It's original," Buttigieg said with a smirk. "I'll give you that."

"The campaign is excited to work together with our supporters to help create more stories about what the Freedom Dividend means for American families. It will enable and empower citizens to pay their bills, switch jobs, take care of loved ones, and plan for the future," campaign manager Zach Graumann said in a news release.