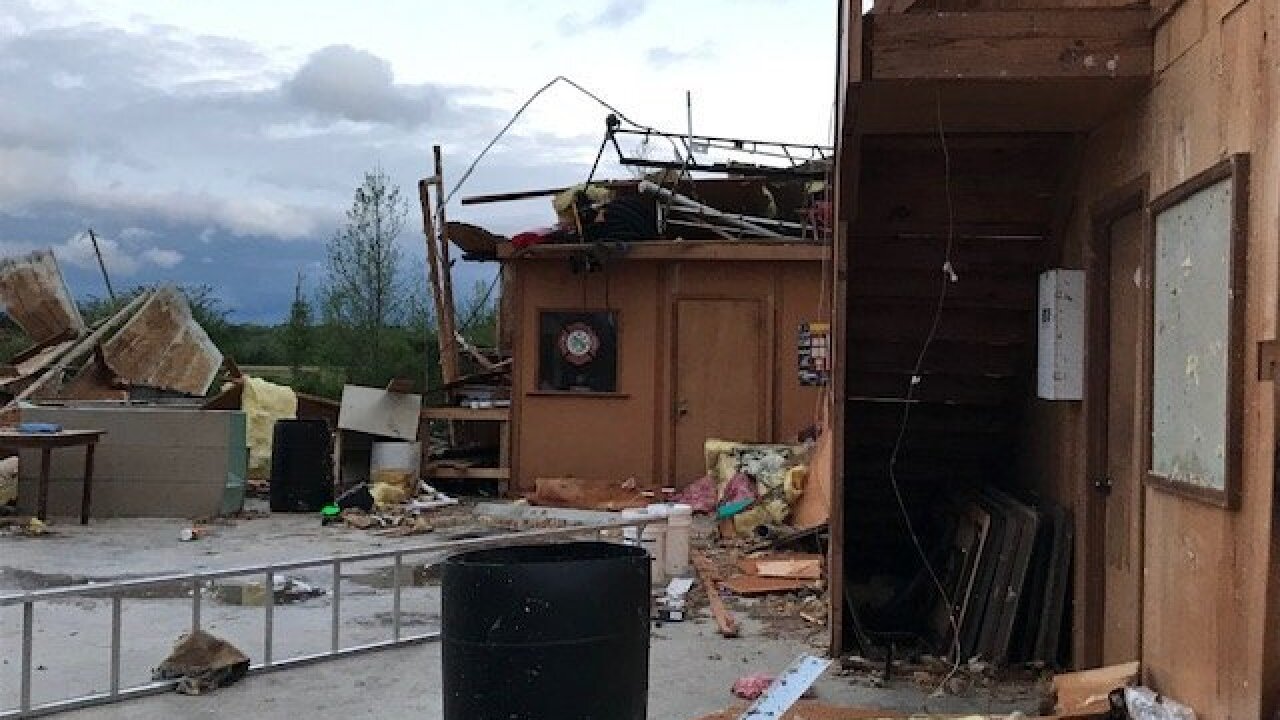 Another blast of severe weather will start Wednesday in the central and southern United States as some areas are still recovering from last week's deadly storm.

The storms will barrel into the East Coast by Friday, unleashing tornadoes, damaging winds and hail along the way, from the Texas Panhandle to the coast of the Carolinas.

Over three days, the storm will affect 91 million people and unfold across about 1,400 miles, including parts of the Southeast and Mid-Atlantic that got battered over the weekend by severe storms.

As the system treks east, parts of the Southeast could experience severe weather Thursday, with a large swath of the East Coast on track to feel impacts on Friday.

"The greatest threat will be damaging winds and very large hail, but tornadoes will also be possible," the National Weather Service said.

A massive storm system killed eight people in the South over the weekend and caused damage from Texas to Mississippi. Four people died in Texas, two in Louisiana, one in Mississippi and another in Alabama.

Wednesday: From Texas to Kansas

Storms will begin Wednesday in the middle of the country, with the most significant threat stretching from central-southeastern Texas to southern Kansas.

Large hail and isolated tornadoes are concerns for places including Dallas and Austin, Texas, and Oklahoma City.

Those areas already face an "enhanced risk" of severe thunderstorms -- the third of five risk levels -- according to the National Weather Service's Storm Prediction Center.

The storms, expected to organize Wednesday afternoon across the southern Plains, will become more widespread in the evening and into the night.

The biggest concern is the potential for large hail, possibly 2 inches or more in diameter. Strong winds are also possible, along with the risk of a few tornadoes.

Thursday: From Louisiana to Tennessee

As the system pushes east, the severe weather threat will persist.

Louisiana and Mississippi will be at risk Thursday morning, with the storms moving on Thursday afternoon through the evening into Alabama and Georgia. The Deep South faces a "slight risk" (Level 2 of 5) of severe storms, the Storm Prediction Center said.

Cities at risk include Baton Rouge and New Orleans, Louisiana; Mobile, Birmingham and Montgomery, Alabama; and Memphis and Nashville, Tennessee.

The storms are expected to continue through the night, with the potential for damaging winds and possibly a tornado.

Friday: From Florida to Washington.

By Friday morning, the storms will near coastal Atlantic states, bringing the potential for severe weather from Florida to Washington.

The risk there will be partially dampened by the intense rainfall associated with the broad system, but conditions should still allow for a few individual storms to intensify.

The threat should diminish throughout the overnight hours as the cold front associated with the potent storms finally pushes off shore.